OL survive with a draw 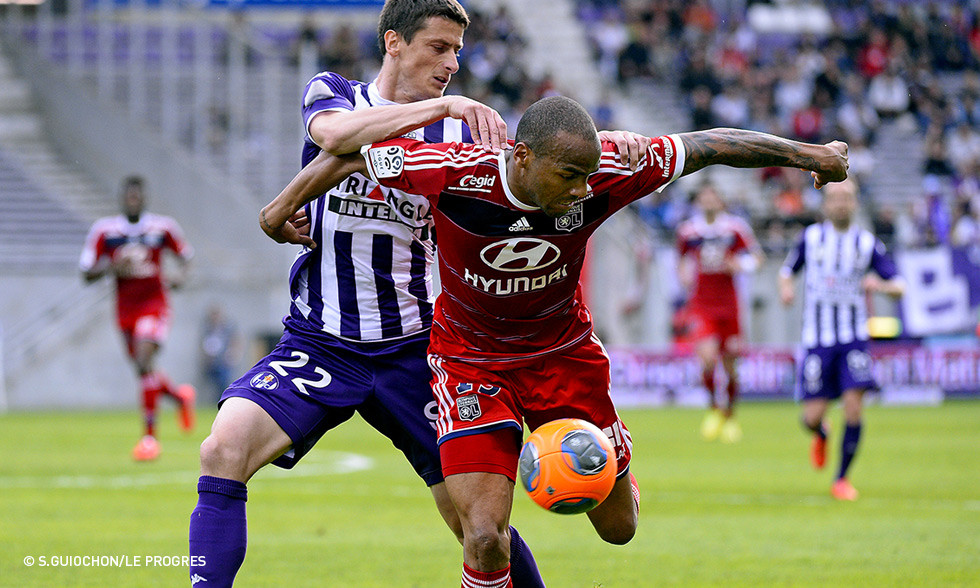 Olympique Lyonnais were held to a scoreless draw in Toulouse. After a very tough first half, they got back into the game in the second period, without ever really taking control of the game. Toulouse even hit the post in the last second of the game. In the end, it was a pretty good point!

The Stadium in Toulouse is far from being a home away from home for OL. Les Lyonnais haven't scored a goal since November 2005 and without a goal, they haven't won... Not the best place to bounce back after the final loss to PSG. To do so, Rémi Garde made a few changes to his side. Ferri, returned from suspension, while Briand and Tolisso were preferred to Gomis and Dabo.

Caught cold against Paris on Saturday, OL were almost caught out again. After just 4 minutes, Braithwaite released Ben Yedder into the area. The little striker missed the target. Brathwaite followed up with an acrobatic effort in a lively start for the home side. Les Lyonnais were struggling to get a foothold in the game and Toulouse came forward in wave after wave of attack. The only thing missing was the goal. They pressed high and moved well, but couldn't apply the finishing touch. OL weathered the storm and tried to put their foot on the ball, but without any real success.

The first chance for Lyon arrived just before the half-hour when, after a good move down the left, Briand headed wide. From a tight angle, he fired over. The game evened out, but OOL still struggled to get close to Boucher's goal. TFC didn't struggle so much. But Lacazette still forced a good save from Boucher from long distance. OL were the happier of the two sides at the break, after Toulouse had caused them plenty of problems in the opening 45 minutes.

Cancelling each other out

OL returned from the changing rooms with better intentions... Lacazette went agonisingly close to getting on the end of Bedimo's cross and Gonalons headed just wide. Lyon started to find their rhythm. But their game was still handicapped by mistakes. Ben Yedder showed off his goal-scoring instincts with a chest control and half-volley on the turn from a tight angle that Lopes could only turn onto his post. Ben Yedder  then raced onto a ball over the top and from the same tight angle, sent the ball flashing past the post.

Luckily, Ben Yedder was all out of luck

With 15 minutes to go, Les Lyonnais were still struggling for openings. The fatigue was starting to be felt. Ferri didn't back himself from the edge of the area. They kept on fighting... but they just didn't have the legs... Regattin tried his luck from distance - blocked comfortably by Lopes. Braithwaite, picked out by Ben Yedder, hit the post in the final second and Regattin sent the follow up wide…Phew!