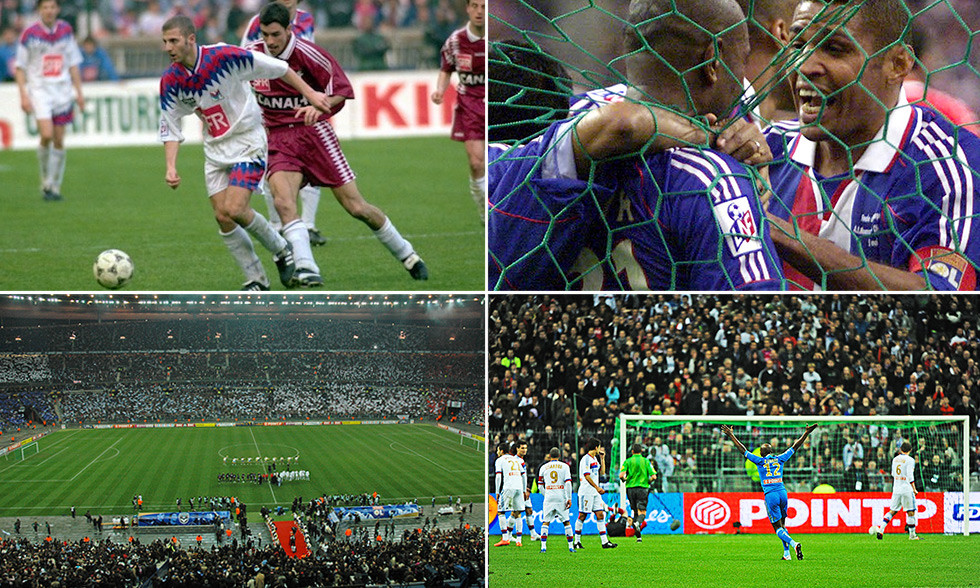 The final was held on April 6 1996 at the Parc des Princes against a Metz side that had eliminated Dunkerque, Lille, Niort and Guingamp. There were no goals scored… because the referee, Mr Batta ruled out - to general surprise - Eric Roy's effort for a high boot! The two teams faced off in the penalty shootout. Maurice, Olmeta, Roy, Assadourian put their spot kicks away, however Marcelo and Roche missed as FC Metz won the penalty shootout 5-4.

The final was held on May 5 2001 at the Stade de France with 40,000 Lyon supporters in the ground. Cacapa opened the scoring by lobbing Porato and finishing up in the net himself. Nonda equalised in the 64th minute. Lyonnais and Monégasques headed into extra-time. 2 minutes before penalties, Sonny Anderson crossed from the left for Patrick Müller. The OL fans could celebrate! Captain Florent Laville, who missed the final due to a knee operation, was invited up onto the balcony to lift the trophy alongside Sonny Anderson. A fantastic moment.

On March 31 2007 at the Stade de France, at the end of an average match that OL largely dominated, Les Girondins won courtesy of a last minute Henrique header, from a Micoud corner… Regrets…

On April 14 2012, Phocéens and Lyonnais played a dour final littered with free-kicks (58) and ten bookings 10 including 1 red card. The match went to extra-time, where Brandao, who had come on in the 98th minute, scored the only goal of the game from a Cheyrou cross and some sloppy defending… This time Lloris, who had been superb, could do nothing...