Garde: 'We are looking to achieve something' 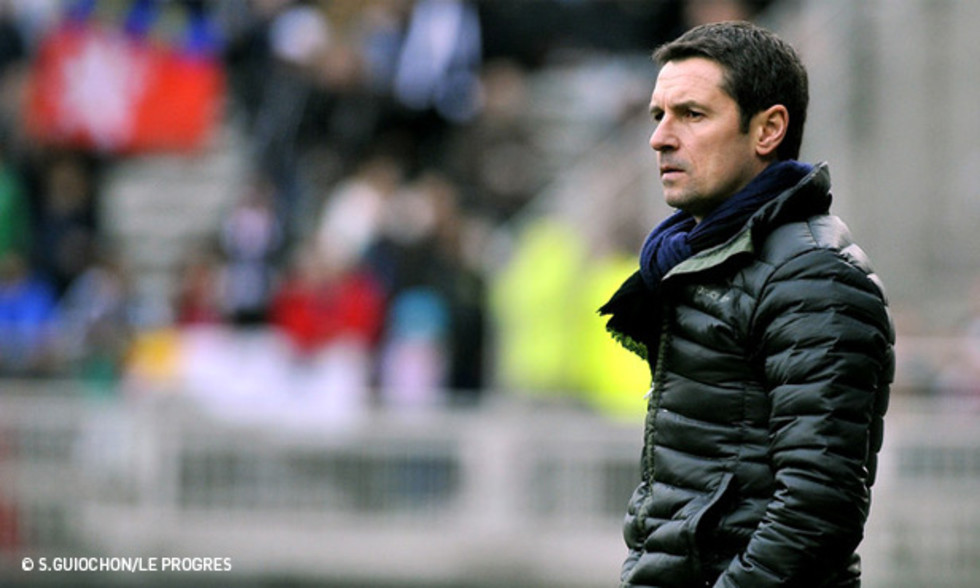 Following the Europa League clash with Juventus and 48 hours ahead of the visit of PSG, Lyon coach Rémi Garde held his traditional pre-match press conference...

Rémi do you think you will have some of your injured players back for PSG on Sunday?
"Mamade Dabo might be back. We'll see how he goes in training. Of the others... no. Gueïda Fofana? He has started running and it's going well. Will players be back for the Coupe de la Ligue? I don't have a final idea yet, but it won't be easy. Yoann Gourcuff's ankle is still causing him a lot of problems."

How are you feeling about your team?
"I'm just as proud of my team now as I was just after the match. We did our very best. We knew it was going to be a tough game and it would have been even with a full-strength squad. So with all our injuries, all the matches we've been playing... I think we need to ask some real questions of this fixture list... we could have played Monday night instead of Sunday night... But I think the players have been able to deal with the disappointment because they did their best. We all gave it the maximum. Now we have turned the page."

It's a big game to play, like the one against Juventus. We can make up the gap in class with other arguments. If Paris are too good, then we still have five games in which to reach our objective. But we want to achieve something.

Do you feel you have nothing to lose in this match against Paris in terms of the ladder?
"To play against PSG is special. This team are 28 points ahead of us. That shows the sporting difference. Taking a point would be a good result given our objectives. It will be very tough for PSG who have had a tough week. But they have a big squad and more time to recover than us. It's a big game to play, like the one against Juventus. We can make up the gap in class with other arguments. If Paris are too good, then we still have five games in which to reach our objective. But we want to achieve something."

Were you surprised by PSG's elimination?
"I thought they would qualify, but I thought it would be very tough. This type of match is always very difficult, exhausting... Perhaps Chelsea had a little more experience, even if PSG already have a lot of experience themselves."

Is their elimination a positive or a negative for OL?
"I don't know. To judge you have to be inside their squad. I don't want to waste too much energy thinking about it. I prefer to worry about my own team."

Will you be drawing on what you achieved against Juventus?
"Yes, even if every match is different. PSG play differently to Juve. They have a different formation. Obviously teams that are less organised have less chance of winning. Against Juve, we defended well, but we also played good football. We had a very clear and defined game plan."

Will Sunday's game help prepare for the final of the Coupe de la Ligue?
"There will be similarities and one big difference. A final is a different type of game. In the league, PSG are doing it very, very easily. Perhaps this time they want to be crowned champions in Paris and not in Lyon (smiles). This season, we quickly saw that PSG had stepped up a class, but it's still hard to believe they are this far in front at this point of the season. The absence of Ibra? Yes, that changes things. It makes the team a bit different. He is important both on and off the pitch."

How do you see Anthony Lopes' progression?
"He has exceptional coach. What he is achieving isn't a surprise. There's a physical and mental work that goes on behind the scenes. He can also count on the other 'keepers in the squad. His progression is superb. He has had bad injuries. I like his ability to look at himself when the going gets tough. He understands what it takes to make it. His progression is also due to playing regularly. He still has room for improvement."

PDo you think Alex Lacazette's performances against Juventus could count against him in the eyes of the national team coach?
"I don't think so. I have spoken to the national team coach. He is counting on Alex. He knows how far he has come. He also knows he's a rare player in Ligue 1. He has scored important goals, unlocked games... He can also play wide, where he has learned to defend. He is a complete player and a very good character to have in a squad... If I was national team coach I would take him to Brazil."