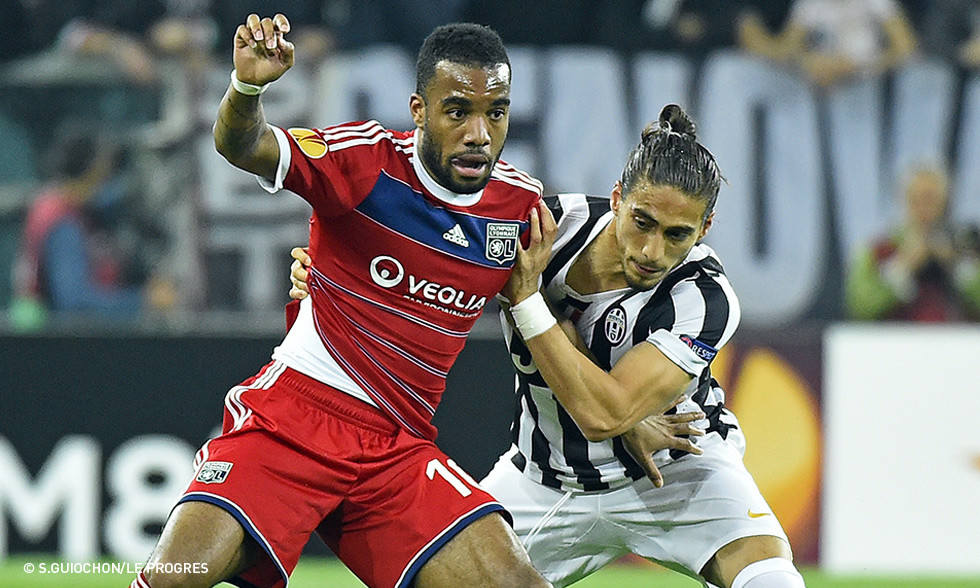 OL went down 2-1 to Juventus in Turin and were eliminated from the quarter-finals of the Europa League. After conceding an early goal, OL took the game to their illustrious hosts, equalising, before Juventus scored a cruel, deflected winner late on...

And what if everyone had written off OL's chances a little too early? Afterall, anything is possible in football... Koné returned at the expense of Bisevac while Briand partnered Lacazette in attack.

28 seconds… that's how long it took for Juve to cause panic in the OL penalty box. Two minute later, Tevez fired the first shot in again, that flirted with the top corner. I Bianconeri were looking to kill the game off from the outset. From a free-kick, Pirlo's surgical precision struck again as he capped off an electric start from the home side. Lyon now needed to score twice…The visitors had a mountain to climb and the game was only four minute old... OL were under pressure and when they did break forward, the decisions didn't go their way... Malbranque's shot was blocked by the hand of Bonucci - the referee should have awarded a penalty.

Les Lyonnais started to put their foot on the ball. Lacazette played a shot corner with Mvuemba, who crossed for Briand. The striker's header bounced off the post and into the back of the net. Another goal and OL would be qualified. Hope springs eternal. Juve lost their way a little. After a great solo run, Lacazette cut the ball back and Gonalons fierce drive was palmed to safety by Buffon. OL were on top and Juventus looked to be doubting. But sides had had their chances in the first half as it was locked 1-1 after 45 minutes...

Lady Luck turns her back on OL

After a gentle start to the second half, Juventus accelerated... Tevez went within a whisker of netting an important goal. Tevez then had the ball in the back of the net, but it was ruled out for offside - and rightly so. Had OL's luck changed? No…and OL were stung once again. After an Mvuemba free-kick punched clear by Buffon, Juve raced upthe other end on the counterattack. Marchisio hopeful shot from distance was deflected by Umtiti… wrong-footing Lopes and giving Juve the lead.

OL now needed to score two goals... mission impossible, as the Bianconeri confiscated the ball. OL were hit hard... Ferri and Gomis both wasted half chances. Les Lyonnais just couldn't come back again. But they refused to lie down and throw in the towel. Giovinco wasted a chance for the hosts, but Juve still went through to the semi-finals of the competition at the expense of Lyon, who can be proud of their performance.