The weekend wrap up 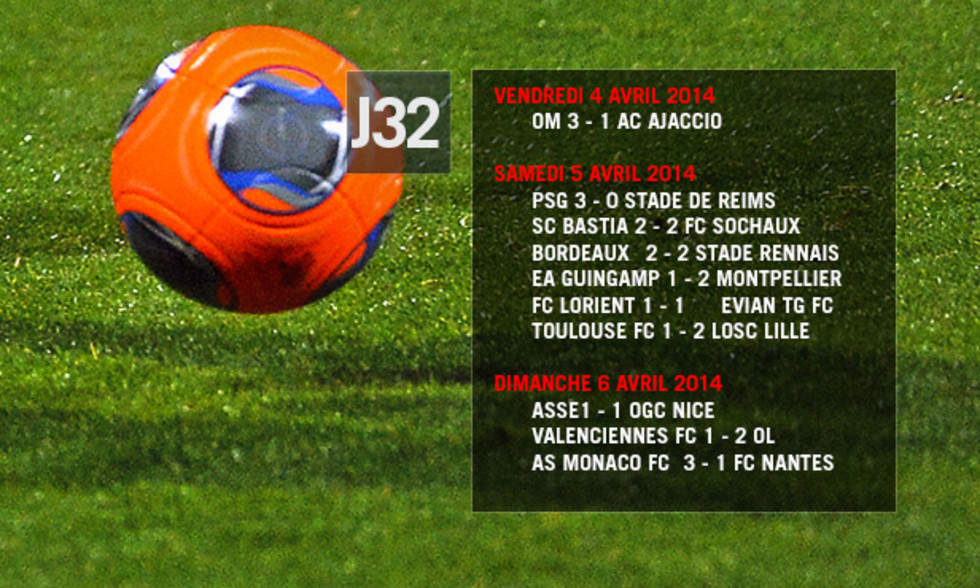 Paris reign at the Parc des Princes…and in Ligue 1. PSG still haven't conceded a home goal in the league in 2014. But it was Reims defender Aissa Mandi that scored twice against the Ligue 1 leaders... two own goals, as Reims went down 3-0...

Gradel was the hero again. After netting the winner at the Stade de Gerland, he scored the penalty that saw Les Verts pick up a point at home to Nice…but is it enough? Saint-Etienne lost ground on Lille and are now 5 points behind and back under pressure from OL.

Les Lyonnais travel to make up ground. Struggling at home, OL made it five away games without defeat at Valenciennes, including four wins. Gomis netted his 100th Ligue 1 goal. Bordeaux have seen Europe slip away. After their 2-2 draw with Rennes, Les Bordelais are now seven points from fifth place.

A victory that hasn't cleared the air. At the Stade Vélodrome, but in a very hostile atmosphere,Les Marseillais defeated Ajaccio 3-1… thanks to a hat-trick from Andé Ayew. OM hadn't won in a month and hadn't scored in six weeks.

Aboubakar: scoring and providing. With his assist in the 1-1 draw against Evian, the Lorient goal scorer has now been directly implicated in 47% of his side's goals. Les Haut-savoyards are continuing to fight for their survival, with just one loss in their last six matches. They are six points clear of the drop zone.

Sochaux picked up a pint at Bastia, but not enough to take advantage of Evian's draw. Montpellier are almost save after their win at Guingamp, but Les Bretons are now looking over their shoulder... They have lost their last three and are now just six points from the relegation zone...