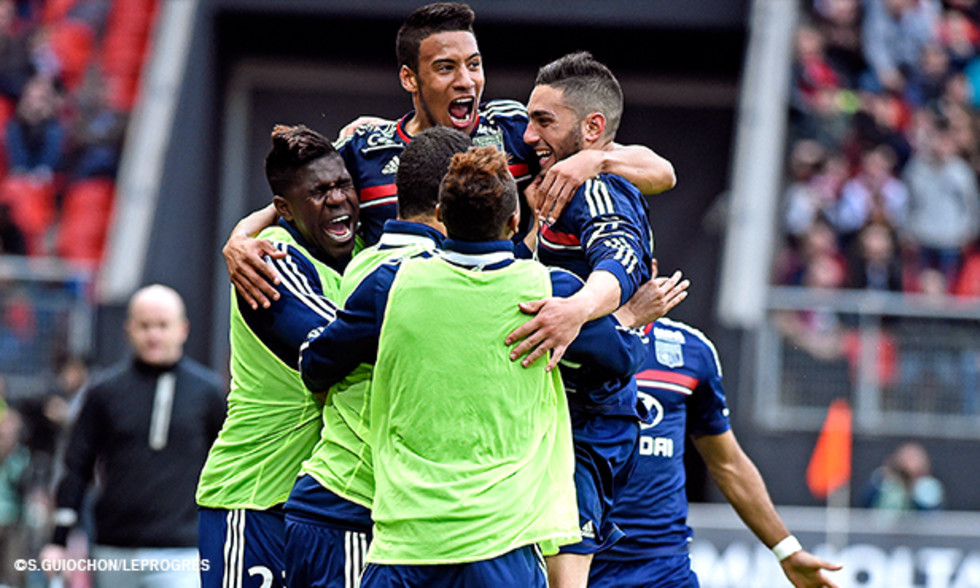 OL bounced back well from their derby defeat, doing the job against a determined by limited Valenciennes side, but still needed a late penalty save from Anthony Lopes to make sure of the win...

It was an even start to the game with Pujol firing the first shot in anger (7') and Ferri replying for the guests (9').  It was a stop start affair.  Ferri picked up a yellow card that will keep him out of the Coupe de la Ligue final. As the game approached the half hour, the intensity lifted a level. Both sides had chances before Bafétimbi Gomis coolly opened the scoring after a good cross from Bedimo. The perfect gift for the Lyon No.18's 100th goal in Ligue 1.

Had only done the main part? VAFC struggled to breakdown the away side's defence, despite the odd Waris raid.  It was a more or less cool first-half for Gonalons and Co. despite the match coming just 72 hours after their epic Europa League quarter-final first leg against Juventus. Les Lyonnais were getting stronger and stronger as the match wore on.

At half-time, the question for Les Lyonnais was whether or not to protect their lead or go for the kill? Gonalons send a missile fizzing just wide; Malbranque took a knee to the rear end... But it wasn't enough to stop a lively performance. The home side was still struggling to find solutions. But they kept coming forward in search of an equaliser.

Zeffane replaced Bedimo (64') with a sore knee. And "Magic"  Waris, after being released down the left touch line, beat the entire OL defence! A stunning equaliser from the little striker... But OL dug deep and replied immediately… From more than 25m out, Ferri fired Les Lyonnais back in front.  A fabulous goal that stopped the home side's optimism in its tracks... VAFC abandoned their 3-5-2 and switched back to a 4-4-2.

OL were prudent but still looked to attack when the opportunity presented itself. Danic came on for the final 15 minutes against his former club. Could VAFC  come back again? They were handed a lifeline when Ferri handled in the area… but Lopes produced the save of the match to deny Waris before denying the VA striker again just moments later. Vercoutre and Da Silva were both sent off in the final minutes. The victory sees OL close to within four points of Les Verts and pull away from Marseille, Reims, Bordeaux and Toulouse. An excellent afternoon's work!