Gonalons: 'We can cause them problems' 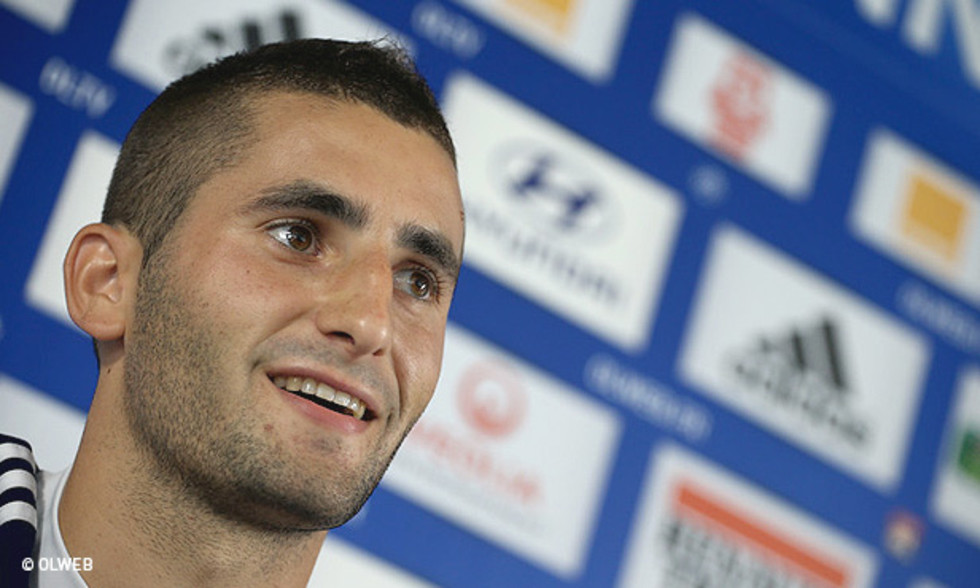 Olympique Lyonnais captain Maxime Gonalons is counting on his side building on the excellent performance against Plzen as they take on Monaco this Sunday, with everyone pulling in the same direction.

The matches are coming thick and fast and the press conference too! Friday saw the captain Maxime Gonalons front up to the media, just a few hours after the excellent performance in the Europa League and 48 hours ahead of another big Ligue 1 clash. He declared his satisfaction after the resounding 4-1 win on Thursday in the last-16 of the Europa Ligue. "We played well. We really enjoyed ourselves. And we were rewarded with four good goals." But the match started poorly for OL with Plzen scoring after just two minutes. But it wasn't enough to get the team doubting. "We fought harder for each other... We stayed calm, despite the fact we'd conceded that early goal." Bordeaux also scored very early against OL. A nasty habit, or just a coincidence? "After big games, it takes a little time to get going again. But we are finishing our matches very strongly. We are better at controlling certain situations now." The team also has to cope with a heavily charged fixture list...

We're not surprised. This squad has real potential. There are players missing, but those that come in are doing the job. They are all playing well and that's very important for the squad.

The challenges are coming one after the other. But Max claims the busy schedule doesn't scare anyone - quite the contrary. "I prefer playing every three days because we're used to it and that's what we prepare for. Physically, everything is fine, even if it does use up a lot of energy. We receive a lot of treatment and you have to be serious off the pitch." The captain can also count on a squad that is responding well to the pressure. "We're not surprised. This squad has real potential. There are players missing, but those that come in are doing the job. They are all playing well and that's very important for the squad." The 25-year-old cites the example of the two midfielders Malbranque and Mvuemba who have both stepped up well. And there's another midfielder who has impressed...

Gueïda Fofana, scorer of two goals against Plzen and involved in all the best moves, has made an excellent return to action. Max had plenty of compliments for his teammate. "He is gaining a lot of experience. He is starting to play really well and is developing into a complete player. He is a very important member of the squad." Rémi Garde will be needing everyone available for what promises to be a tough game on Sunday.

In two days' time, there's a crucial match against Monaco, second in the league. Obviously, it will be a tough game. "They are starting to drop off Paris, but they have done very well to stay with them for so long. They are a team under construction with a board that has the potential to recruit." Maxime and Co. will be hoping to take advantage of any slip up as Saint-Etienne travel to Paris. He will have one eye on the Parc on Sunday night. "It will be a great match. Of course I'll be watching." With his other eye, he'll be focusing on other objectives. "We are motivated today because we're not far from the objectives we set ourselves. We have almost made up all that lost ground. The top three is still a way off, it's not yet a priority, but our aim is to keep getting closer and this is a great opportunity to do that. With our current spirit and the quality of our play, we can cause them problems."