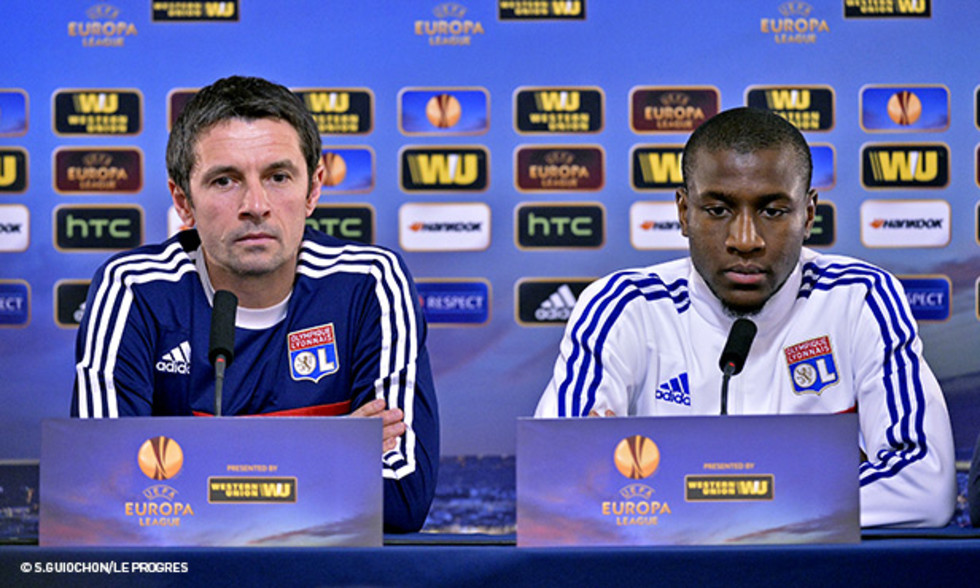 OL held the first press conference ahead of Thursday's Europa League match against Chornomorets, with Gueïda Fofana and Rémi Garde…

Did you see the first match?
"I watched it together with the other players that didn't travel to Odessa. We were very solid and earned a good draw. Hats off to the team. Now we are really motivated to qualify for the next round. This Ukrainian team is very compact and very good on the counterattack and it will be even more evident when they play away from home. We have our own style of play and we will be looking to play our own football at home."

Do you not have one eye on the championship at the moment?
"No. Every year we do what we have to do to qualify and we have no intention of taking it easy in this match or this competition. The whole squad wants to qualify for the next round and play as many matches between now and the end of the season. Playing matches is what we want to do."

Do you think i twill be the first-choice XI that finishes the job?
"It's you journalists that talk about a 'first-choice XI'! We players are part of a squad. And our only aim is to qualify."

Are you worried that the team hasn't scored in its last two outings?
"We played against two opponents that defended very well and we were away from home. We know our strengths. They were two very difficult matches to win. We don't have any problems in attack. And we didn't concede goals in those two games either and that's the most important thing."

Rémi, will you be making less changes to your side on Thursday?
"It will probably be a different squad to the one that played the first game. But I can't play a whole season with just 11 players. We are a squad. Other players may play in the return leg. And if we qualify, it will be thanks to the entire squad. The priority is to qualify. Some people said I didn't show any respect to this side from Odessa in the first leg. I just left four or five players who could have played in Lyon. The others were all sidelined for one reason or another. I was very happy with the players that played in Odessa. I am convinced I made the right choice. I know that tomorrow, the players will give it the maximum."

Do you have any injury doubts?
"Maxime Gonalons is a doubt. Yoann Gourcuff has more trouble with his two fractured ribs than his groin. He is missing, as is Yassine Benzia who picked up a muscle strain on Tuesday."

I hope we will overcome our hoodoo and finally qualify at home. Last season we were very close... It really means a lot to us.

Who will be in goal?
"Anthony Lopes."

Will qualifying for the last-16 be another achievement for this team?
"If we can qualify, it will be good. OL hasn't qualified in knockout match in Europe for a while now. But we have a lot of respect for this Ukrainian side that are very hard to play against. We have no intention of giving them an easy ride. We start every competition with the aim of winning. We want to keep improving… But before looking further down the track, we have to focus on Thursday. I hope we will overcome our hoodoo and finally qualify at home. Last season we were very close... It really means a lot to us."