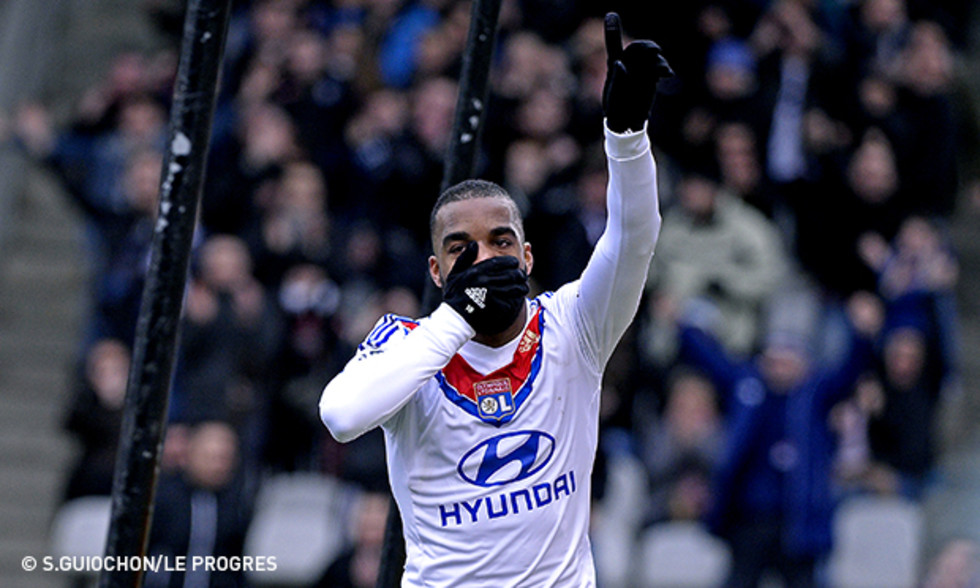 Olympique Lyonnais eased past an Evian side reduced to 10 men in the 40th minute. A Gomis strike and a double from Lacazette saw OL take advantage of their rival's results to jump up the table. OL are provisionally fifth in Ligue 1.

OL coach Rémi Garde made one change to his starting XI with Zeffane coming in the for Miguel Lopes, sidelined with a shoulder injury.

It was a messy opening to the match from both sides. From a high ball, the strangely unmarked Angoula, controlled and shot, but he failed to worry Lopes in the OL goal. OL opened the scoring with their first shot of the match. In the 20th minute from a Grenier corner, Gonalons headed the ball back for Gomis to score with a shot on the turn. Les Lyonnais settled into their game and dominated possession against an Evian side that struggled to hold onto the ball.

Grenier sent a missile from 35m out that Laquait did well to keep out. Dja Dje Dje's half volley ended in the stands. Mensah received a yellow card for a foul on Gomis…and then a second for dissent. In the 43rd minute, Fofana stole the ball off Berigaud and released Lacazette who cleverly lifted the ball over Laquais. 2-0 for OL, who were cruising to victory before half time, despite not producing their best football of the year.

No risks with Gourcuff

Benezet tried his luck from just inside the box. The Lyon goalkeeper boxed it clear. The visitors, a man down, chased shadows. Gourcuff, felt a slight twinge in his groin and was replaced by Mvuemba. Les Lyonnais controlled the game without looking dangerous in attack. They upped the tempo in the final 25 minutes. Lopes produced a save to deny Cambon. Evian carved a few half chances as OL took their foot off the gas.

But OL added a third on the counterattack. Fofana released Briand and he set up Lacazette on a platter. 3-0 for OL. Fekir went close to scoring his first Ligue 1 goal, just seconds after coming on - saved by Laquais. Evian had had enough and the referee put them out of their misery with the final whistle as it ended 3-0.