Garde: 'We have come a long way' 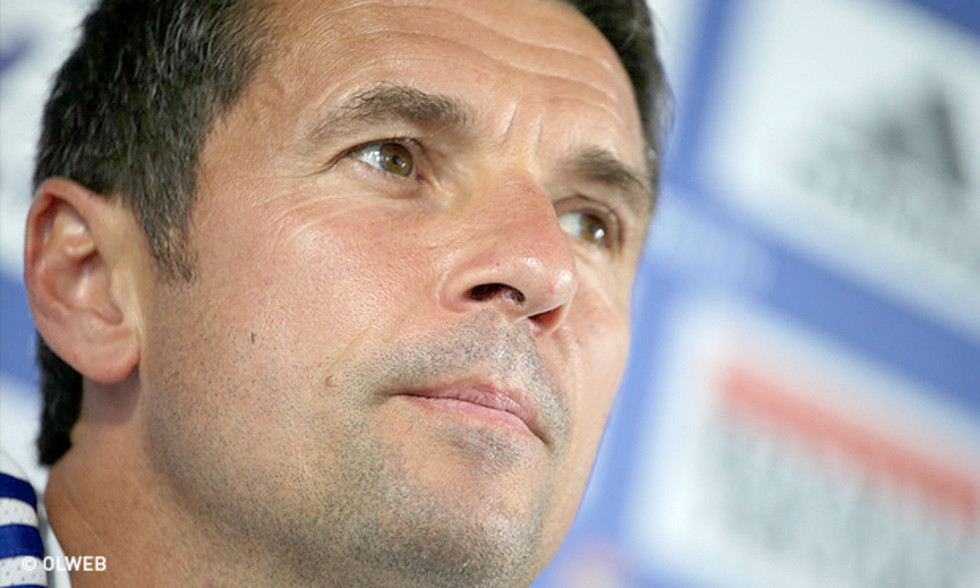 "Rachid Ghezzal is fine. He lacks a little playing time... He is training without any problems. Mamade Dabo continues to follow his re-education. He is not back in training yet. It's taking a long time. I don't know how long he will be out of action. Yassine Benzia will undergo further examinations. He will need to receive treatment for a few weeks. Miguel Lopes has a fairly clean dislocation without any complications. He should be sidelined for 3 to 4 weeks. I hope to have him back for the home game with Ajaccio."

BACK TO NORMAL AGAINST ETG

"Yes. There is spine of the team which has emerged. There's no reason not to draw on it. But I also liked the way the team and the bench conducted themselves on Wednesday. There was a good understanding. It's important for the squad. We can't settle on just 11 players given the fixture list we have coming up."

THE VISIT OF ETG

"Yes, things are going better now than they were for the first meeting with them. But that doesn't mean we can rest on our laurels. At the end of the match, the celebrations last two minutes and then we move onto the next game. We want to continue this good run of results. Since that match, we have come a long way, but I haven't forgotten what happened. You can't just write off the past, but I hope we show something else. It's a home match and while everything is not perfect, we know what we have to do."

"We can't worry about the others until the last five rounds. We will just continue on our road. We can't get carried away. We must be aware of the challenge in front of us... including the match against ETG. There's no other way to look at it than where we currently sit on the ladder..."

"It's very hard to sacrifice a competition. We want to win everything when we play. The priority is the next match. The players love competing, they love playing matches. It feeds them. Playing every three days, the players love that. But there are certain things you have to put in place..."

"Yes, that is one of our strengths at the moment. There is the attitude to our current system and it's positive. There's also the general attitude. We have come a long way. But you have to stay alert. I won't accept any changes in this domain. It appears to me that the players have understood that there weren't only negatives."

"Henri has rediscovered the form he showed at Montpellier. He didn't do the preseason with us. His preseason was done by playing matches. He is playing well in our system, but also because players compensate. I am very watchful of his desire to attack... But recently he has been very consistent."

"I always try and look at Yo in terms of his ability to help the team. He went through some tough moments and never gave up. At the moment, he is really enjoying himself. He is lifting the standard of a team that suits his playing style. He is very happy. He's a technical leader. I am counting on him, but also is interaction with the others. He can be a leader in other ways aside from his goals and his assists. Can he reclaim his place with the France team? I'm not the national team coach or a players' agent… I hope there are a maximum of Lyon players at the World Cup."

"He is delivering everything I want from him. He wants to keep improving. He still has room for improvement. He has personal objectives... Has it liberated him to be first choice? I'm not sure... He went through some really rough patches to get where he is today. And he knows there's nothing sure in this business."