OL through to last-16 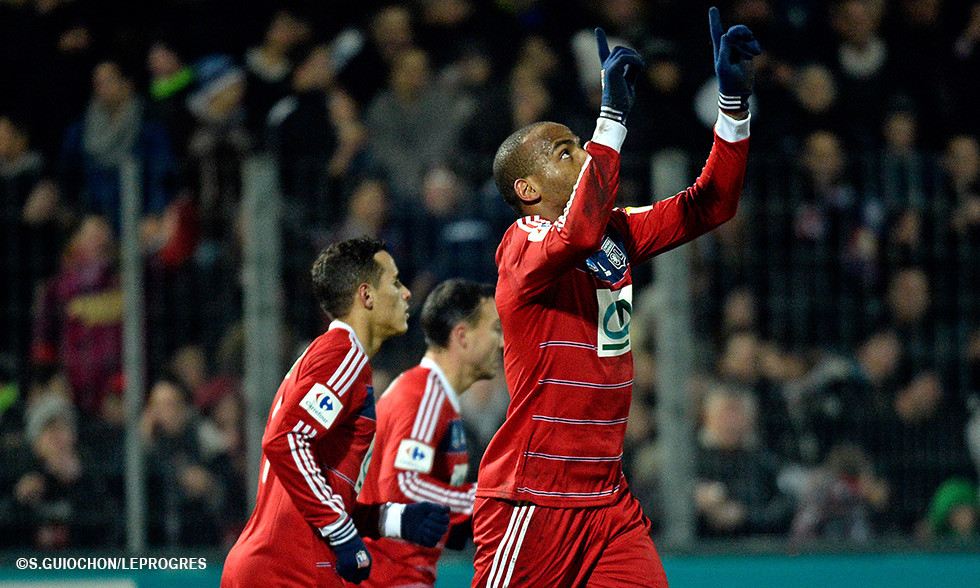 Les Lyonnais qualified for the last-16 of the Coupe de France with a 3-1 win over Yzeure. After conceding the opening goal, Garde's side responded well and scored through Briand, Gourcuff and Malbranque. The adventure continues...

Everything is going perfectly in the Cups. After a comfortable win over Suze in the last round, Les Lyon measured up against Yzeure, a team in the amateur fourth division, looking for a place in the last-16. Rémi Garde's decided on wholesale changes to his side as Tolisso, Mvuemba and Ferri as well as Vercoutre came into the starting line-up.

OL attacked from the get-go and Benzia's lob didn't have enough on it. OL had all the ball and Gourcuff released Benzia with a brilliant back heel, but he dragged his shot wide. A powerful Gourcuff effort forced the home 'keeper into another fine save before Benzia was replaced by Gomis with a strained hamstring.

Chances, but no goals

With half an hour played, OL had had chances, but had failed to score. Vercoutre hadn't been troubled at the other end. Malbranque tried his luck from distance, but Colard made a comfortable save. The amateurs pressed intensely and offered little space to Les Lyonnais. Briand but the ball back for Ferri, but Colard was there again. From a corner, Gourcuff picked out the head of Briand…just wide. OL couldn't make the difference in the first half despite a host of good chances.

After the restart, the match was delayed for five minutes after a fire alarm went off in the the stadium… Malbranque's half-volley from the edge of the area was saved again. OL weren't as cutting early in the second half. Chances were hard to come by. In the 74th minute, Mbaye latched onto a cross and beat Vercoutre from six yards out.

…but OL fought back immediately

There was little time for the home side to celebrate... a minute later, Mvuemba crossed for Briand, and this time he gave Colard no chance. OL then went ahead immediately, thanks to a superb left-foot shot from Gourcuff. Malbranque then added a third with a brilliant ship after being played in by Briand. Yzeure never gave up, but found no way back into the game as it finished 3-1 to the pros...