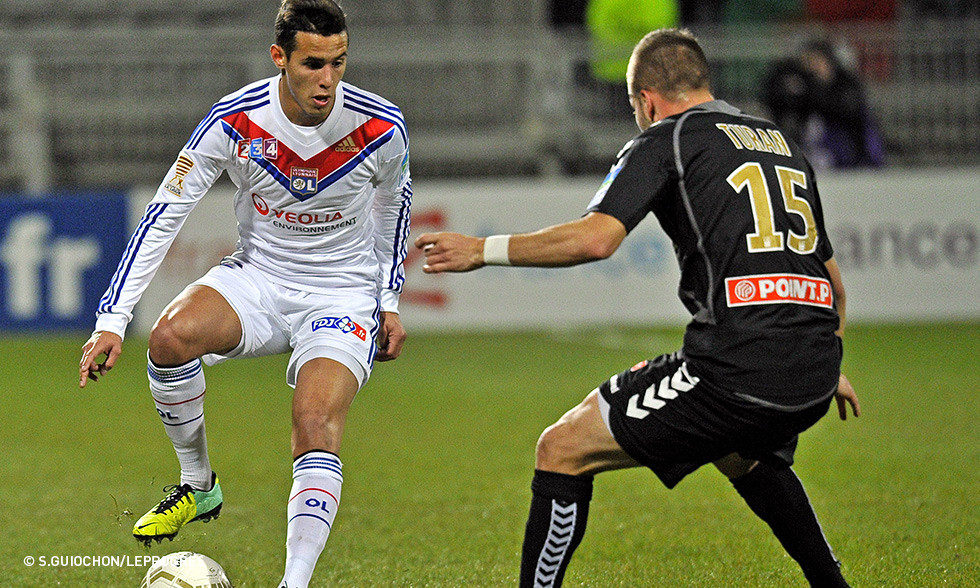 Mehdi Zeffane came off the bench to replace Miguel Lopes against Reims. The 21-year-old right-back starts the second half of the season with a lot of ambition... both for himself, and his team!

He hadn't played a competitive match since 18 December in the Coupe de la Ligue against Reims. You even have to go back to October 20 to find his last appearance in Ligue 1. But Mehdi Zeffane got his chance against Reims on Sunday. "It wasn't programmed. The serious injury to Miguel Lopes couldn't have been predicted." Introduced in the 64th minute, the right-back was thrown straight in the deep end: "It wasn't easy. I had to really focus on my game and defend as well as I could. But we didn't concede a goal!" The shoulder injury to the Portuguese full-back will now give Mehdi a chance to show what he can do: "We all know I'm competing with Miguel for a place in the team. Unfortunately, he has been injured. That may mean more playing time for me, but I'm not going to change anything, I will keep preparing as I have done throughout."

Mehdi has every intention of staying positive, despite not seeing much playing time since the start of the season. "The team has been playing well with a first-choice XI. You have to stay involved, stay focused on the team. Selfish attitudes can affect the entire squad... But it isn't easy seeing someone else play in your position. Now I have to pay back the coach for his confidence... He wanted more from me. Against Rijeka and Guimarães, or in training, he has seen the change. I have worked on aggressiveness and concentration, two things I was lacking. That's what the coach asks of me. To focus and defend well."

The team feels very comfortable with the current 4-4-2 formation. I like the fact that I can get up and down the flank. That's what I like doing

He now feels ready for an extended run in the first team: "In my head, I'm ready to play week-in, week-out. We'll see what the coach decides. The team feels very comfortable with the current 4-4-2 formation. I like the fact that I can get up and down the flank. That's what I like doing and we look to use the wings a lot." The team's endurance king may get his chance as soon as this Wednesday in the Coupe de France.

Les Lyonnais take on Yzeure. A CFA that the young 21-year-old knows well having already played them with the reserves. "I've already played them. We won 2-1 at their home ground. They are a team that don't give up, that give everything. We can't take it easy or be over confident. We can't afford to change anything just because they play in CFA. It's never a bad thing to be playing in several competitions. It's an advantage. We have big ambitious for this second half of the season. We will give it everything. In Ligue 1, we still have to make up ground, but the aim is to get back into that top three and there are a lot of games left to play."