A solid and effervescent OL 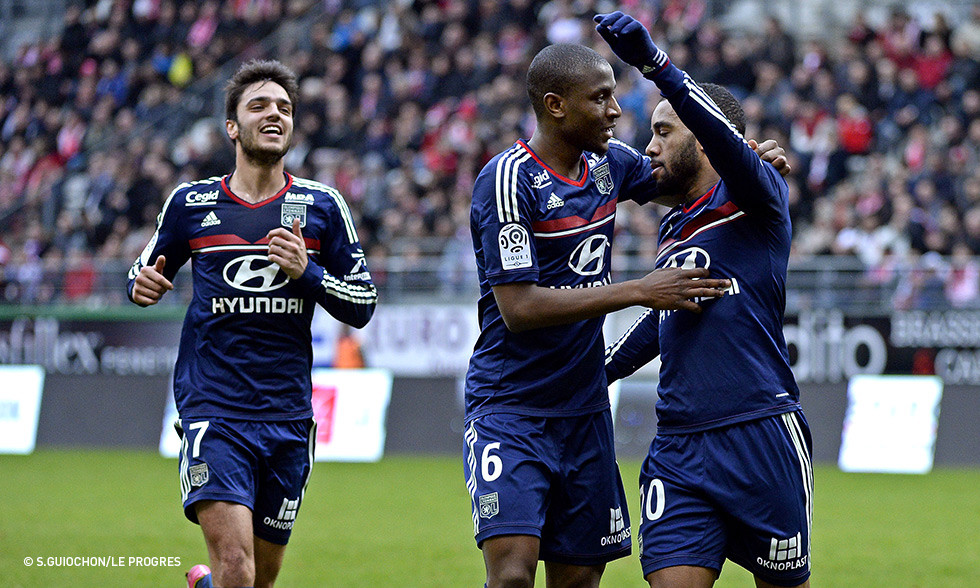 Two goals to Lacazette and Fofana offered Lyon a precious victory in Champagne. Against Reims, the side also took a great leap up the standings. It would have been a perfect evening had it not been for the shoulder dislocation to full-back Miguel Lopes…

Two form teams went head to head in Week 21. Reims are the surprise packet this season, sitting seventh in the standings and firing on all cylinders over the last month. On the other side, OL had lost just once in their previous 15 matches in all competitions. Les Lyonnais had the chance to climb two places in the standings and climb a little closer to the European qualifying spots. Rémi Garde has settled on his winning formula. And he drew on that formula again at the Stade Auguste Delaune.

Ayité took the first shot in anger after five minutes, but it flew high. The Reims attacker then drew a fine save from Lopes seconds later. Gourcuff answered. After a quickly-taken free-kick, his shot was stopped by Agassa. Bedimo then burst down his flank, only to his shot hit the post. Ayité was the most dangerous player in the opening exchanges for Reims.

…and Lacazette,  the back of the net

In the 25th minute, Bedimo cut back and crossed for Lacazette on the edge of the area. The striker controlled with the right and shot with the left to open the scoring. It was just reward for an excellent opening to the game. The challenges were flying from both camps. OL could have had a penalty for a handball in the area... Before De Preville volleyed over. Weber then hit the crossbar with a header, before Anthony Lopes courageously cleared on his goal line. Les Lyonnais headed to the break a goal to the good, after both sides had hit the woodwork.

Agassa produced a fingertip save to deny a Gourcuff free-kick. Miguel Lopes was then carried off after falling awkwardly on his shoulder. He was replaced by Zeffane. De Preville saw his header flirt with the post. Garde switched to 5-4-1, bringing on Koné at the expense of Lacazette. Gourcuff tried his luck from 20 metres out but failed to trouble Agassa.

Gomis then saw Agassa swat away his powerful effort. It was a good chance to make the game safe. But that second goal game just minutes later. In the 84th minute, Fofana produced a jewel of a goal… after two dummies; his left-foot effort flew into the top corner from 20m out. Grenier tried with his left boot but again Agassa got down well. Gourcuff had one last long-range effort. It was a great win for Olympique Lyonnais, solid in defence, away to Reims.