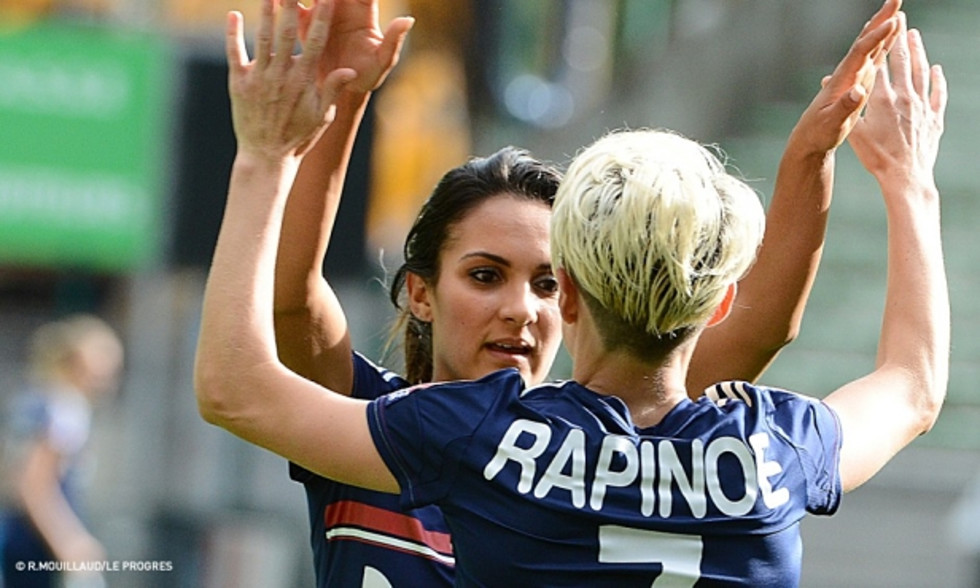 Les Lyonnaises further extended their lead at the top of the Women's first division standings with a 12th successive victory this season...

OL were far too good for Juvisy, despite the efforts of France international Thiney and the scoreline could have been a lot bigger in OL's favour. It's a 45th consecutive league victory and the side have now scored 51 goals this season. OL skip clear atop the standings.

62': Franco is back from her knee injury and replaces Abily.

52': Henry scores with another header from a Necib corner.

50': A Schelin raid results in Butel turning the ball into her own net.

OL have a comfortable 2-0 at half-time courtesy of goals from two corners. Juvisy are really struggling to deal with OL's set pieces.

36': Henry scores with a header from Rapinoe's corner.

4': Abily opens the scoring from a Necib corner that Deville, competing with Renard, failed to clear.

Lara Dickenmann: "It was very important to win and increase the gap between ourselves and the chasing pack. We mixed up our long and short games. We missed a lot of chances to score... it's a shame..."