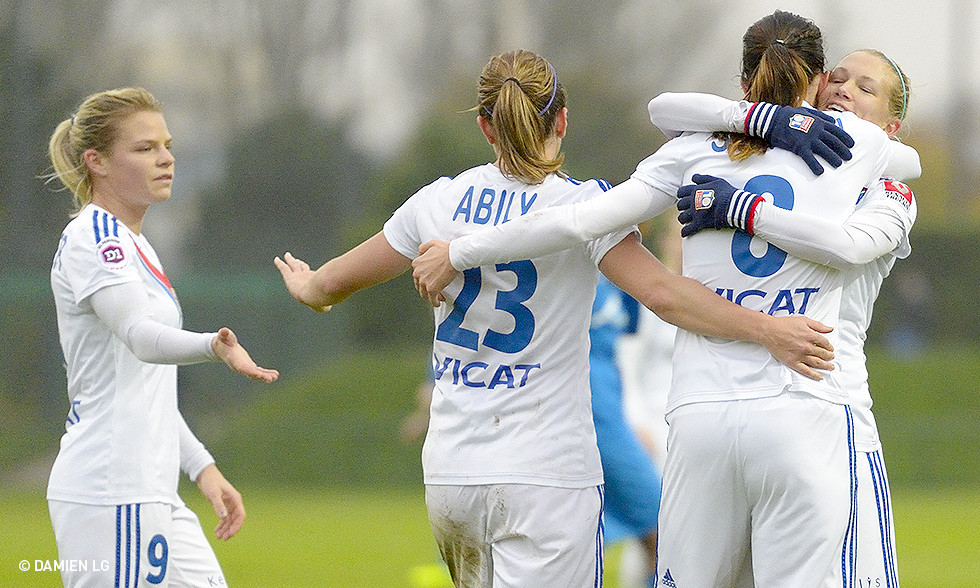 Olympique Lyonnais got back to winning ways on Sunday afternoon with a comprehensive 5-0 win over Soyaux that sees them stay top of the French Women's first division.

Following their elimination from the Champions League at the hands of Potsdam, OL needed to bounce back and they did just that against Soyaux on Sunday. Camille Abily opened the scoring with a header from a corner (1-0, 13'). Captain Wendie Renard then doubled the advantage from a another corner (2-0, 37').

In the second half, Elodie Thomis got on the end of a Amel Majri cross to score a third (3-0, 46'). Released in behind the defence by Lara Dickenmann, substitute Lotta Schelin then raced clear to get her name on the scoresheet (4-0, 71'), before netting her second and OL's fifth after an assist from Eugénie Le Sommer (5-0, 79').

Thanks to the big win, a ninth straight victory in D1, Patrice Lair's side stay top of the table. It was an important victory, coming just days after the disappointment of their European elimination and just before another international break.