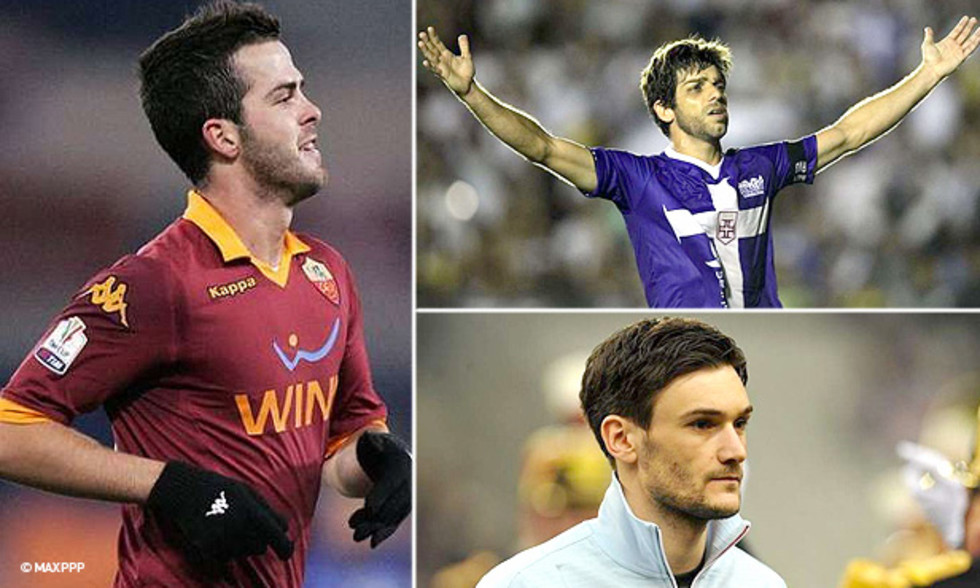 Catch up on the performances of former OL players... Some are starring overseas, others continue their careers right here in France...

Starring beyond the frontiers…

Karim Benzema finds his scoring touch…After failing to score in Le Liga for two months, he has scored 4 goals in his last 3 matches. He is also leading Europe in the assists department with eight. Along with Bale and Ronaldo he forms a deadly attacking trio.

Loïc Rémy is unstoppable in the Premier League…He has scored seven goals in as many matches and has scored 47% of Newcastle United's goals. With 13 goals in 23 matches since January, he is the top scorer in English behind the scoring machines Benteke, Sturridge, Suarez and Van Persie.

Miralem Pjanic is the key to Roma's midfield…With 3 goals and 3 assists, he has been one of the main stars for a Roma side that started the season with ten consecutive victories... a new Italian record.

Lisandro continues to star…In the seven matches he has played for new club Al-Gharafa, he scored 3 goals. His side are currently sixth in the standings.

Fred keeps scoring in Brazil…Since the start of the 2013 season, the former OL striker has played 29 matches, scoring 15 times.

Hatem Ben Arfa slowing down after a great start…After eight starts and two winning goals including one work of art, the lively left-footer is not catching the eye at present...

Lovren is unbeatable…His new team, Southampton, is the revelation of the Premier League, sitting third with the best defence in the division with just five goals conceded in 11 rounds. The former Lyon defender has not missed a single minute.

Tiago is a regular in the starting XI and, with two goals, is enjoying a great start to the season with high-flying Atlético Madrid, second in the ladder behind Barcelona. Diakhaté is in the starting line-up for Grenada.

They are playing in France…

Despite a drop in form for Monaco, Toulalan and Abidal are two key elements in Ranieri's side. Clerc hasn't missed a single minute with ASSE, while Clément is back in the starting line-up after returning from serious injury. Having started the season as first choice, Mounier is now coming off the bench for Montpellier. Faussurier hasn't missed a single one of the 13 Ligue 1 matches to date with Sochaux. After playing well for Nice, Bodmer is sidelined for three weeks with injury. His teammate Kolodziejczak is one of the first name's on the teamsheet. Squillaci has emerged as a leader of the Bastia defence.

Where are they now…

Having quit OL last season, Anthony Réveillère has just signed an eight-month contract with Napoli in Italy. Will he make his debut on November 23 against Parma?

The end of the road for Juninho? The ex-Lyonnais is now 38 years old and injured his groin last weekend taking a free-kick at the Maracana before admitting 'it could be the last match of my career.'

Hugo Lloris gave himself a scare. The Tottenham goalkeeper received a knee to the head and momentarily lost consciousness… before finishing the match between the posts and sparking a heated debate about player safety. He was rested last weekend. Will the goalkeeper of Les Bleus be starting against Ukraine on Friday?