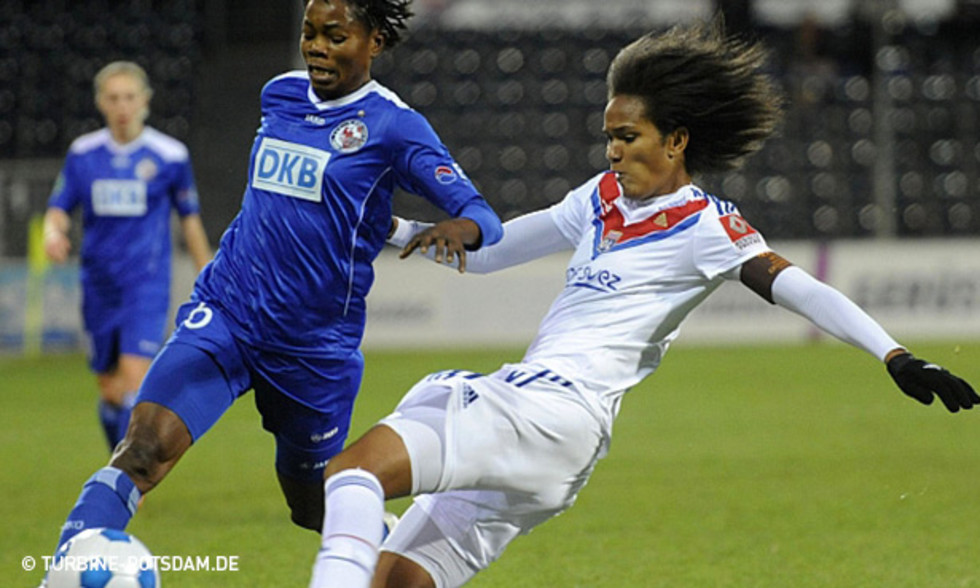 OL Women host Turbine Potsdam this Thursday at 20:00 CET in the second leg of their Champions League last-16 tie looking to defend their 1-0 lead from the first leg.

Four days after their precious 1-0 victory in Germany, Les Lyonnaises must produce another flawless performance in the return leg against Potsdam, if they want to qualify for the Champions League quarter-finals.

The first leg was an tense, intense and even affair in which either side could have won, so Patrice Lair's side are wary  ahead of the return clash: "They are a very physical side, we know about the style of German football," highlighted Laëtitia Tonazzi, who provided the assist at the Karl-Liebknecht-Stadion. "We have the advantage from the first leg but we have to be very careful, stay organized and play are normal pressing game." For the OL coach, there's no doubt: "Potsdam are a better side than they were two years ago. The team was at the end of a cycle and now they have a lot more skill and speed. They have great balance and they have three very dangerous attackers."

The big question is can Bernd Schröder's Turbine side play as well as they did when they get to the Stade de Gerland, because in the Champions League, Les Lyonnaises have never, ever, lost at home. Even better, Lotta Schelin and Co. have developed a habit of thrashing their opponents: 15 goals scored and none conceded in four home matches last season and a 6-0 victory against Twente in the last round. The last team to have even scored at the Stade de Gerland in the Champions League was... Potsdam, when they lost 5-1 in the semi-final first leg in the 2011-12 season.

With the support of some 10,000 fans expected on Thursday night, OL plan to make the ideal start: "I will align a very attacking side to try and score as early as possible," revealed Patrice Lair, who knows the attacking potential of his players at the Stade de Gerland.