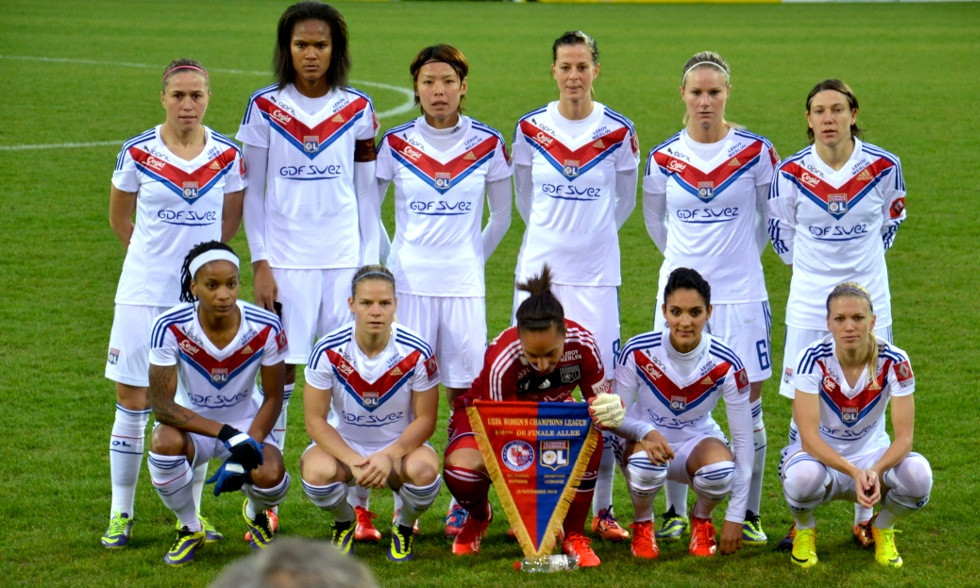 Olympique Lyonnais recorded a precious 1-0 victory away to Turbine Potsdam in the first leg of their last-16 Champions League clash on Sunday.

In the pressure-cooker environment of the Karl-Liebknecht-Stadion, it didn't take either long to get into the game. The first half an hour was intense and the rhythm was frenetic... a real Champions League match! In the opening 45 minutes, the two sides shared the possession and it was OL that enjoyed the first chances, led by an excellent Necib.

The midfielder's first shot of the match found the gloves of Berger (6'), and then Le Sommer headed a Thomis cross just wide (7'). While Le Sommer could have had a penalty after being bundled over by Simic (11'), Turbine Potsdam fought back through a Hegerberg header against the post (15'), and then a perfect cut-back from the young Norwegian found Anonma who somehow missed the unmissable (23'). Just before the break, Necib should have done better with a header from a cross from the lively Dickenmann.

After the restart, the match intensified further. OL were again the first to attack. It took the German side's defence three attempts to clear a Necib free-kick and the efforts from Schelin, Renard and Kumagai (51'). Henry's cross-cum-shot when close to lobbing Berger (53'). Potsdam replied through Evans (60') and then Simic (71') who missed the target. In between, Rapinoe had let the opposition off after an excellent assist from Le Sommer (66'). The 4,180 fans in the 'Karli' were witnessing a top class battle.

In the end it was Les Lyonnaises that had the last word as Louisa Necib netted the only goal of the game. Played in behind the defence by Tonazzi, the playmaker threw herself at the ball to stab it home (0-1, 83'). The solitary goal was enough to give Patrice Lair's side a precious one-goal lead ahead of the return leg at the Stade Gerland, this Thursday at 20:00.