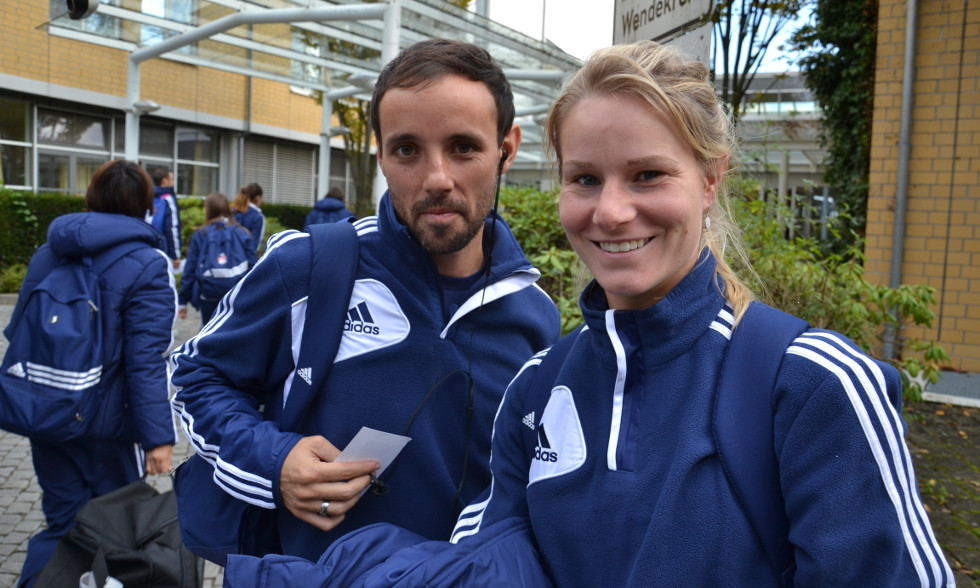 The OL Women's team takes on Turbine Potsdam, Sunday at 16:00 CET, in the first leg of their last-16 clash in the UEFA Champions League.

It was almost a full-strength squad that turned up at the Lyon-Bron airport for OL. Only Corine Franco, who underwent knee surgery on Thursday is missing for this European clash. Les Lyonnaises jetted out to Berlin at 8:30. A two hour and 40 minutes flight, breakfast and a siesta for certain, while Saki Kumagai watched Real Madrid's match. The former Frankfurt player was the most sought after for autographs when the side landed in Germany.

Patrice Lair's squad jumped in the coach to head to their hotel in Potsdam, half an hour from the German capital. They will train at the Karl-Liebknecht-Stadion in the afternoon, just under two years since their last clash with Turbine Potsdam.