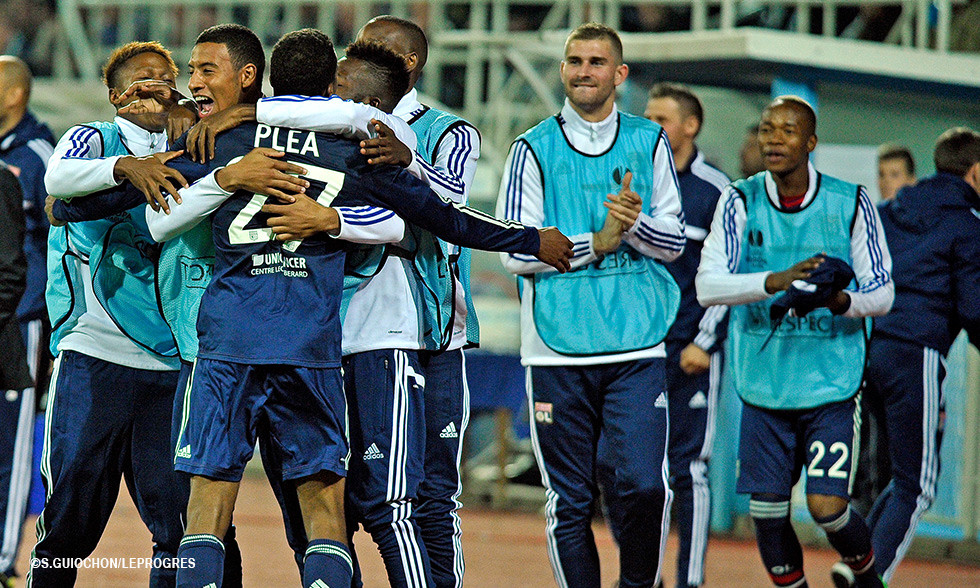 OL return from Rijeka with a good point... It was a good evening on more than one note... Now it's time to focus on the derby…

Just a few days before the derby brings the curtain down on another huge marathon of matches, OL travelled to Rijeka for their fourth group game in the Europa Ligue. Against the underdogs in Group I, who needed a win to keep their qualification hopes alive, this match was anything but a must-win for the seven-time French champions, even if a win would have set Lyon on their way to the round of 32. For all these reasons, the OL coach Rémi Garde went with a new-look starting XI, completely different to the way that defeated EAG last weekend. Different, but not without quality and experience, aligned in a 4-3-3 formation.

The little Kantrida Stadium was three-quarter's empty for this match due to disciplinary sanctions and rang hollow, despite the presence of the punished Armada supporters sitting high on an overlooking vantage point to watch the game.

The first chance of the match came from the hosts through Benko. Moment's later Danic released Pléa who forced HNK 'keeper Vargic into the save (12'). Lyon's third corner from Danic found the head of Gourcuff who in turn picked out Pléa to score from close range. OL were in front an playing well. But Kramaric picked up possession from a partly cleared corner and unleashed an exceptional drive from distance that flew into the top corner of Gorgelin's goal. What a strike! Benko then went within a whisker of firing the home side in front with a bicycle kick. HNK wrestled themselves on top and most of the danger came down the right-hand flank. OL sat back and suffered from the constant danger provided by the lively Kvzric. Fortunately, the hosts lacked a little cohesion in the final pass, despite the industrious Mocinic and Benko… Just before half-time, a combination down the right between Lopes and Pléa almost opened up the HNK defence. It was all level after 45 entertaining minutes. OL looked good coming forward, but also showed signs of fragility at the back.

OL came out well after the restart and Gourcuff fired over from a good position (50'). Pléa was a constant threat down his right wing. OL controlled the game and HNK began to show their limits. OL had a great chance to win it through Briand after a clever Mvuemba free-kick (80'). But it was Gorgelin that secured a share of the spoils with a good save two minutes from time.

The match offered playing time to a few players coming back from injury, for others that hadn't seen many minutes recently and for some young players... It also offered some rest for those that will start against Saint-Etienne… and, of course, another point towards Europa League qualification... An excellent point on the road for coach Rémi Garde, despite the 1-0 victory for Betis against Vitoria Guimares. Overall, a good night in Croatia.