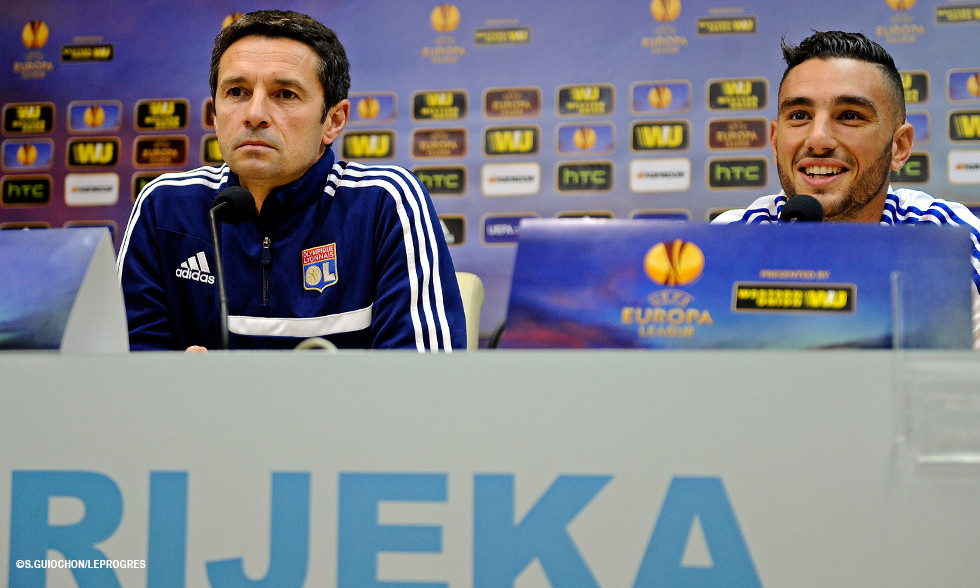 What sort of match are you expecting?
"A little like the first match against a team that attack quickly after they win back possession and are solid in the challenges. We will have to be strong at the back, take risks and make the most of our chances up front."

You are one of the most experienced in the squad?
"That's a bit strange. I have to accept the responsibility. I will try out on the pitch and also in the changing room."

How is the team ahead of these two matches?
"The coach will make his choices for the match against Saint-Etienne. For the moment, the most important match is the one on Thursday. Then we will think about the home game on Sunday."

How do you feel about your start to the season?
"I am happy with how much playing time I've had. I always try and give my best, no matter where I'm playing. It was tough against Montpellier. I have to keep working hard at training."

How do you justify your choices?
"I have a young squad, but the team that starts on Thursday won't be all that young. Thursday's game will be our 20th of the season. Once again, the sixth match of this run will be away from home, like it was against Evian and Montpellier in the previous runs of matches. We will see if I'm making the right choices. I will accept the results."

Mathieu Gorgelin?
"At OL, the goalkeepers are lucky enough to be working with Joël Bats. I'm not worried. Mathieu has a lot of qualities. Of the young 'keepers, he has been at the club the longest. He played well when he was at Red Star. I'm not at all worried. I will talk to Joêl on Friday to see who will start on Sunday, Mathieu or Rémy (Vercoutre)."

Is Rémy almost ready?
"Yes, of course, even if he's only just started back training. Obviously what's happened means we have to make some quick decisions."

I see it as an opportunity for certain players to make an impact and try and chance the existing hierarchy. But I think the team that starts on Thursday will be competitive

Will this game influence Sunday's match?
"We have to take the games one at a time. First of all, we have a European match in which the result is not decisive. We will be 120% for this match. We aren't showing any disrespect to Rijeka."

What are the strengths of this Rijeka side?
"Playing at home is always a big advantage. The two teams know each other well. It will be a tight contest, like it was at the Stade de Gerland."

Is rotating your players also a test for them?
"We are in a better phase at the moment. I don't know if things are easier. I see it as an opportunity for certain players to make an impact and try and chance the existing hierarchy. But I think the team that starts on Thursday will be competitive, especially knowing that it's almost the last chance for Rijeka to qualify."