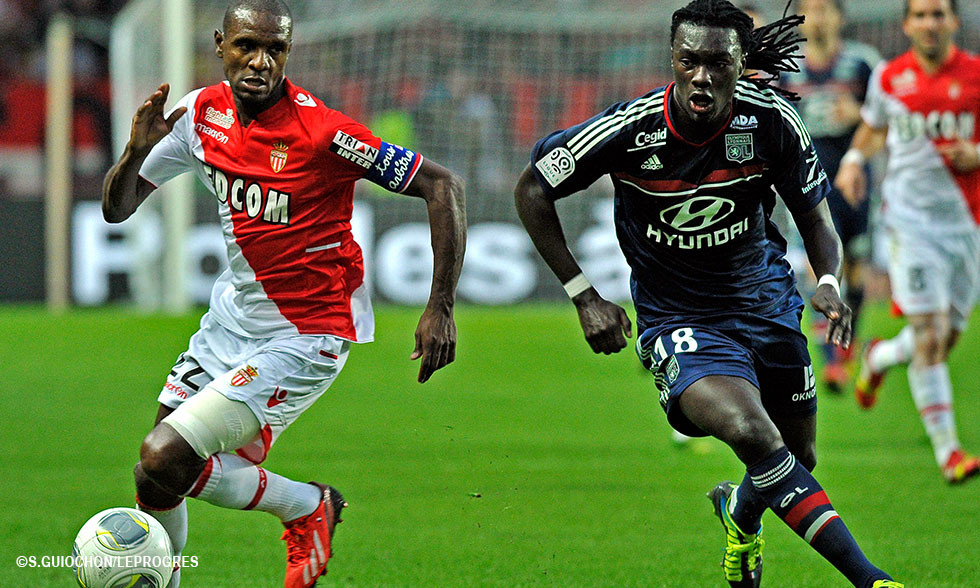 Olympique Lyonnais went down 2 - 1 to Monaco. After being outplayed in the first half, OL fought back well in the second period but were unable to find an equaliser after pulling one goal back. OL probably deserved more...

OL got back to winning ways on Thursday in the Europa League. But Sunday's Ligue 1 match was anything but an easy match to confirm the new trend. Les Lyonnais, with one win in their last eight competitive outings, were on the road to Monaco, one of the favourites for the title. The summer signings Falcao, Abidal, Carvalho, Moutinho and Toulalan certainly justify that tag and all of them were in the starting line-up. For Lyon, Rémi Garde went with the same strategy used against Rijeka, but Bedimo returned to the starting line-up, as did Gomis, who replaced the suspended Lacazette.

Lyon pegged back but not stretched

The Stade Louis II was not a full house for the visit of Lyon, but the visitors were quickly under pressure as Lopes was called upon to deny Falcao. OL were struggling to put their foot on the ball and opted for a long, direct style of football. Carrasco tried his luck down the left-flank, but his shot flew high. The Monaco winger was dangerous, but while OL focused on their defensive duties in the opening 20 minutes, they were not overly worked at the same time...

Les Gones struggled to get the ball forward. From a Rodriguez free-kick in the 28th minute, Lopes punched the ball clear, but only as far as Obbadi who smashed home a 25-metre half-volley into the top corner. Monaco were in front. After a mistake by Subasic, Briand and Kurzawa raced for the ball in front of the empty net, but the ASM defender cleared in. In the 36th minute, Falcao raced onto a through ball and produced a delicate chip to beat the advancing Lopes to double the hosts' lead. In the 42nd minute, Malbranque played Briand in behind the defence, but Subasic made the save. It was OL's only shot of a first half that saw Monaco translate their domination into a two goal lead.

Dabo came off with an ankle injury, replaced by Tolisso. OL started the second half better, but failed to carve out any real chances in the early stages. Rodriguez fired wide after a long solo raid. In the 62nd minute, Gomis got his head to a Bedimo cross and steered the ball into the back of the net via the right-hand upright. OL were back in the game. On a counter attack, Carrasco, released by Falcao, hit Lopes' post. In the 72nd minute, Gomis almost produced a second with another header.

OL pushed hard but couldn't find a way through

Monaco were not as comfortable as they were at the start of the game. With a great team move, Malbranque crossed for Briand who failed to make the most of an excellent chance to equalize. Falcao's header then forced Lopes into an excellent save. Toulalan tried his luck from outside the box as both sides tired in the final stages. OL looked for solutions, but found none. OL gave Monaco a run for their money in the second half, but it wasn't enough to peg back the two goal deficit.