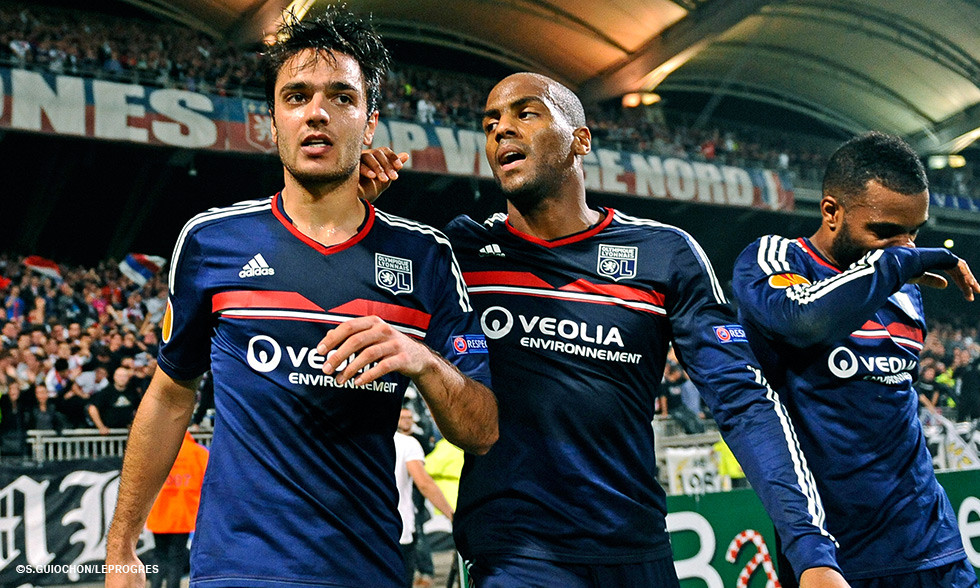 OL recorded their first victory in over a month, 1-0 over Rijeka. It was hardly a comfortable win, but OL are back to winning ways and the three points are a real boost to the side and that's the main thing.

Three days ahead of the perilous trip to Monaco, Les Lyonnais needed some reassuring and Mathday 3 of the Europa League provided the ideal occasion with the visit of Croatian side Rijeka. With two points in Group I, a win would do the squad the world of good. Three points would be a massive confidence boost for a side that has been struggling for results in recent weeks. With a number of absentees in the defensive sector Rémi Garde decided to place Gonalons in central defence while Gomis started on the bench.

While the Croatian side had the first shot of the match, Les Lyonnais responded immediately. Bisevac won back possession and released Briand, who picked out Lacazette in the area. The attacker was unable to fire a shot off. Grenier then sent a curling effort just wide of the Vargic's post. It was a bright start from the homeside, even if the side still still turned over too much possession and the crosses rarely found the mark. After 25 minutes, Les Lyonnais had enjoyed most of the ball, but still hadn't forced the visiting 'keeper into action. At the other end, Mujanovic tried his luck from distance but failed to hit the target.

A lack of precision proved costly

In the 33rd minute after good lead up work from Malbranque and Lacazette, Grenier forced Vargic into a good save from 20 metres out. The passing lacked precision. The ball bounced around in front of the Rijeka goal, but no-one was on hand to turn it home. After dribbling his way to the edge of the area, Lacazette found Malbranque, before getting the ball back and firing wide from 18 yards out. OL pushed hard towards the end of the first half. Grenier had a free-kick that almost embarrassed the Croatian 'keeper. The two teams headed to the break scoreless after a 45 minutes dominated by OL but without clearcut chances at either end.

At the start of the second half, the Croatian 'keeper struggled to contain a good OL effort, before Benko went close to opening the scoring with an unmarked header. In the 56th minute, Lacazette lost his one-on-one with Vargic and then failed to make the most of Malbranque's offering. Mujanovic then crossed for Alispahic, whose first-time effort flashed just wide. The match flew from one end of the pitch to the other. Ferri released Malbranque, but the midfielder missed the target. In the 66th minute, Malbranque crossed for Grenier to head home. The Stade de Gerland exploded in joy. 1-0 for OL.

The match lost its rhythm after the goal. Rijeka were unable to find the resources to fight back, but OL had to remain alert all the same. Krstanovic failed to hit the target with a header and OL still gave themselves a scare late on. Benzia, tried his luck from 30 metres out, only to see the ball fly wide. OL held on through the three minutes of stoppage time before the referee's final whistle confirmed Lyon's victory. Despite a few technical errors, OL claimed the three points courtesy of a first win in over a month.