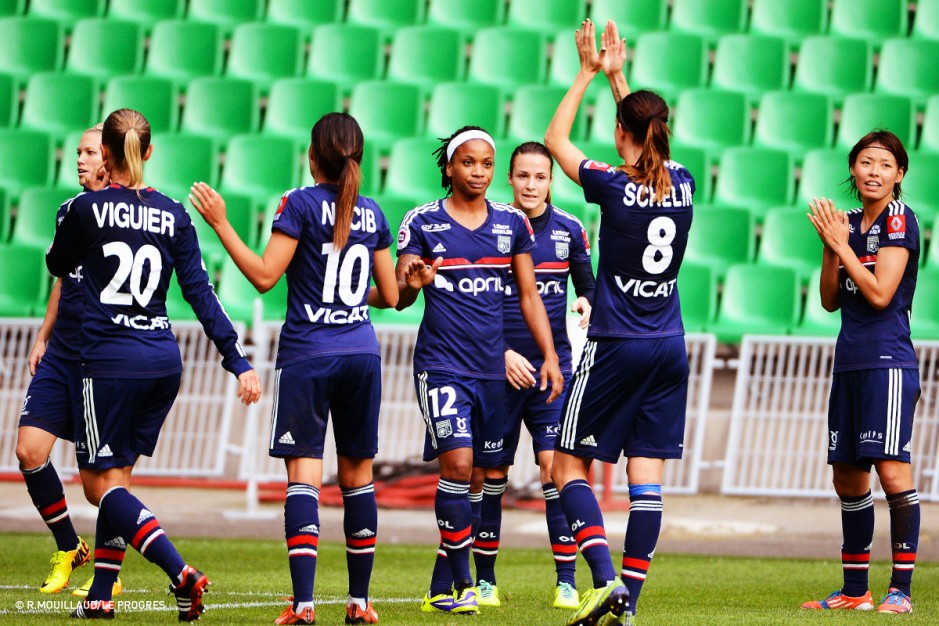 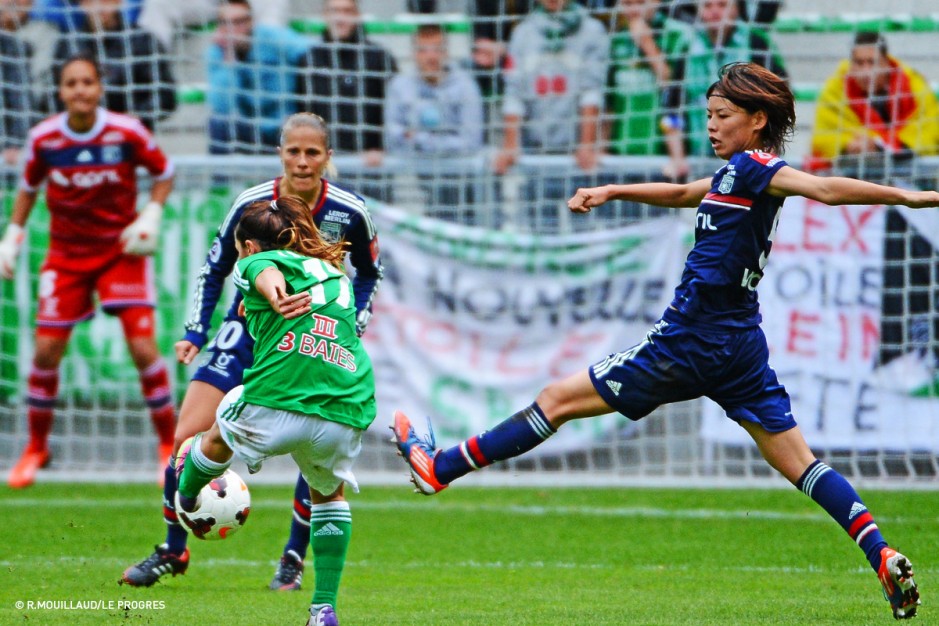 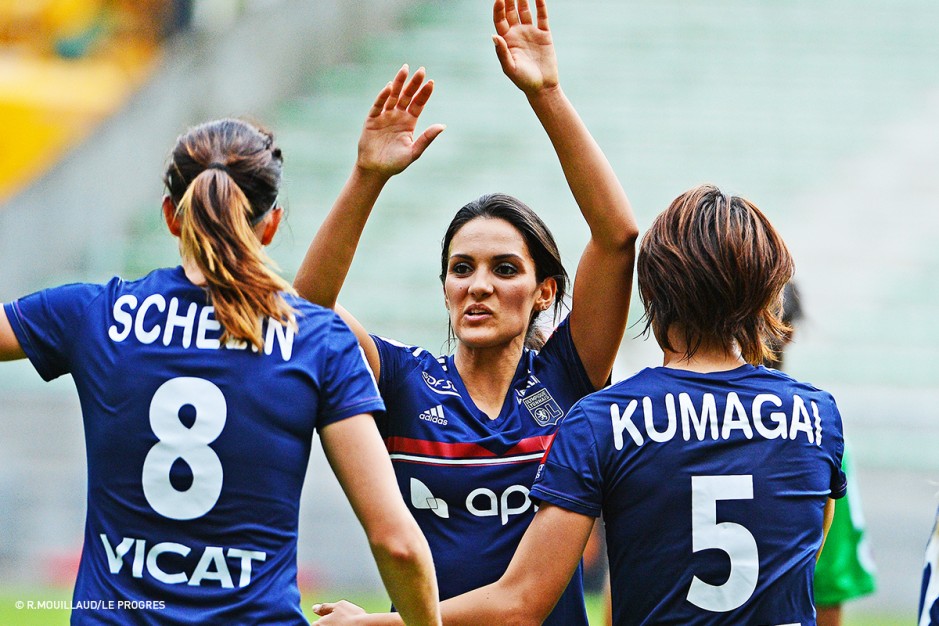 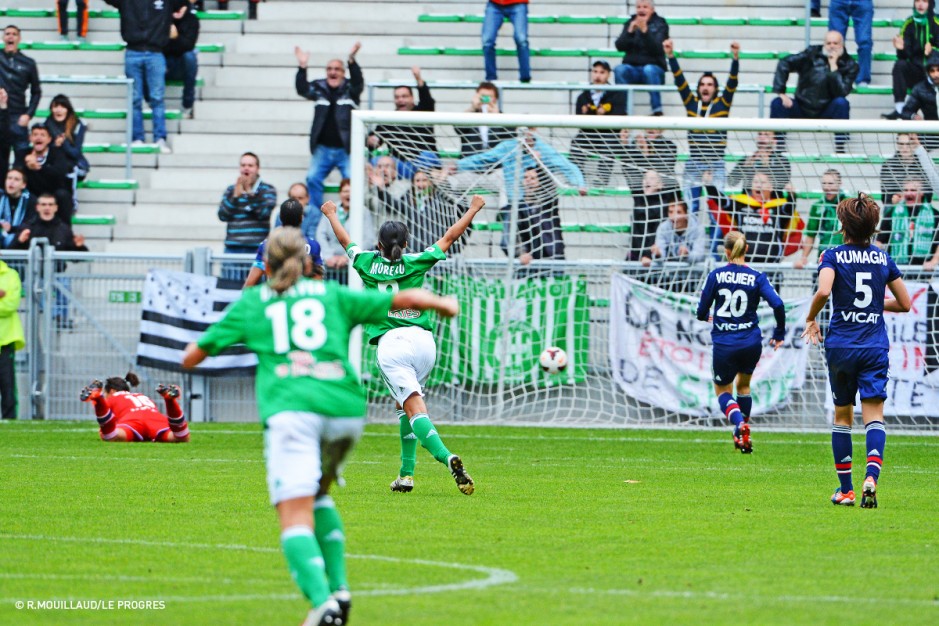 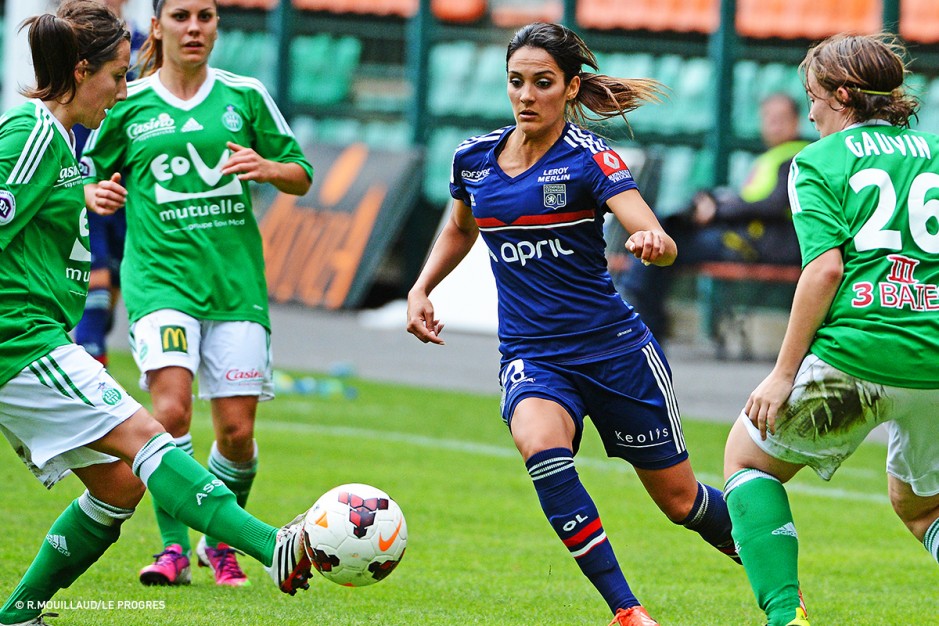 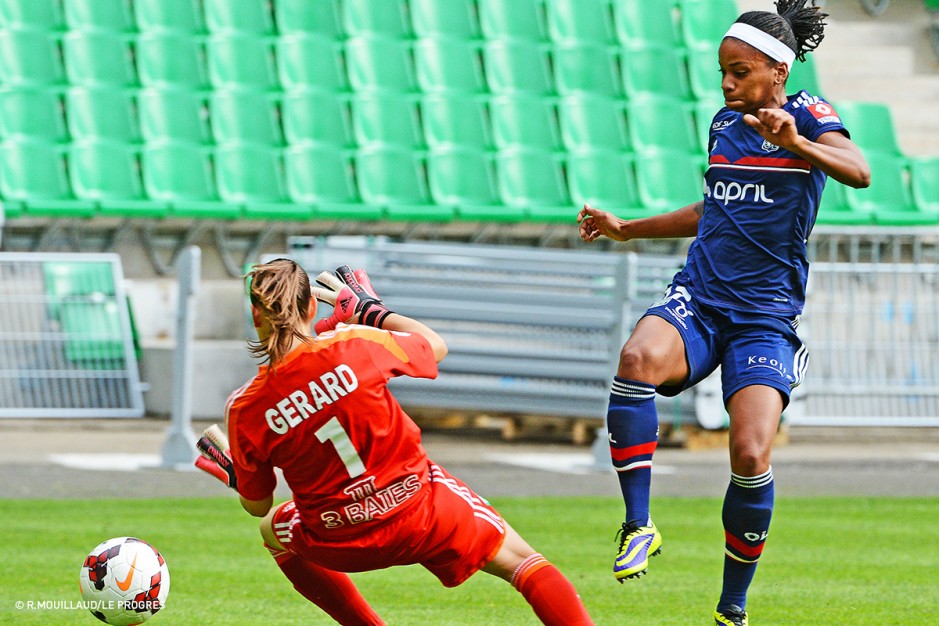 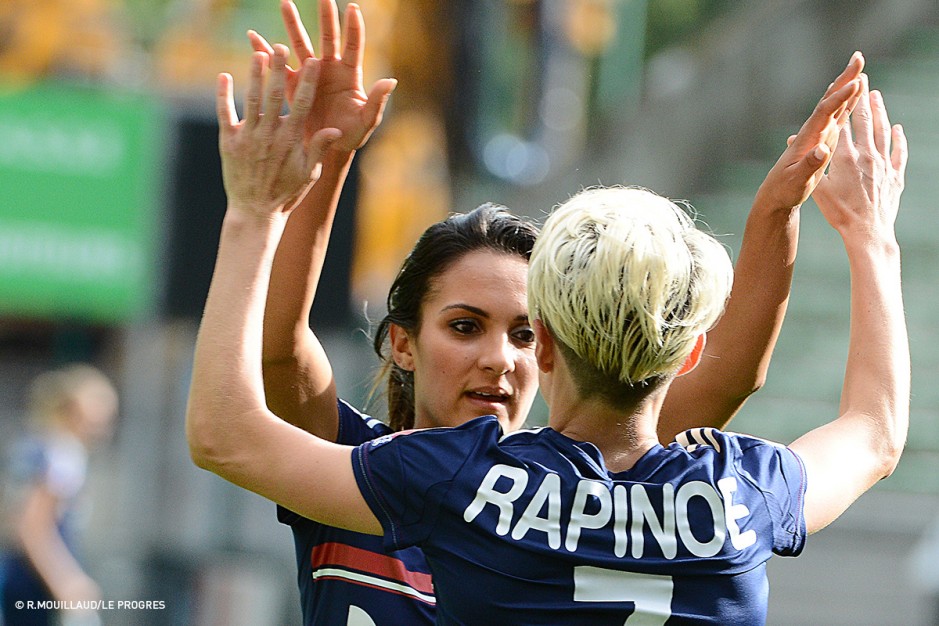 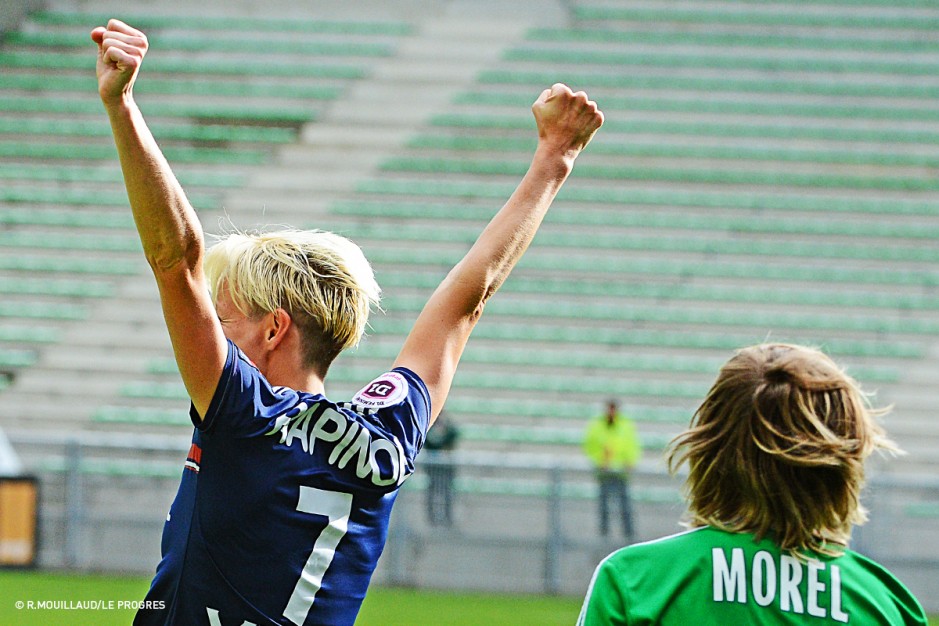 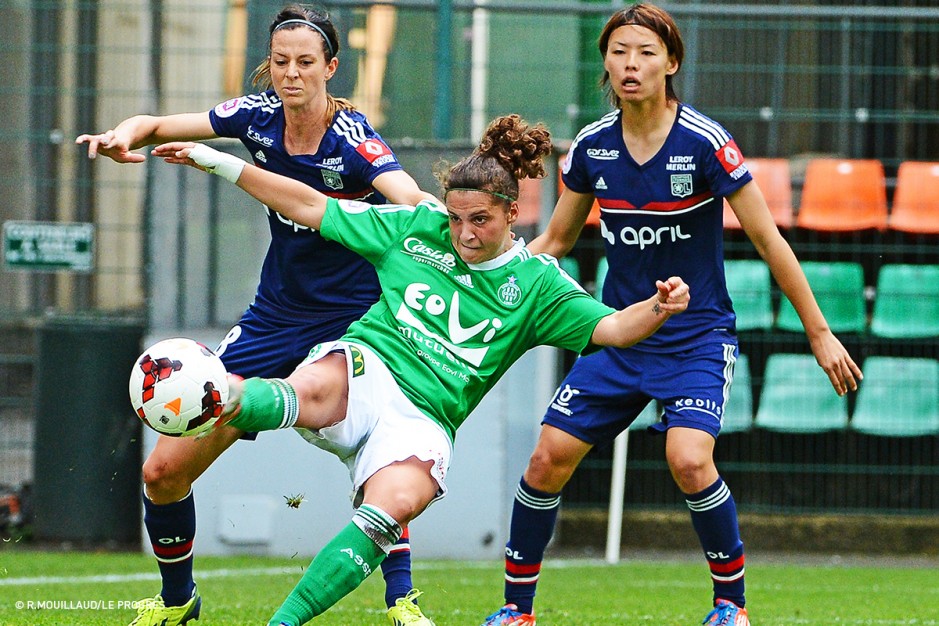 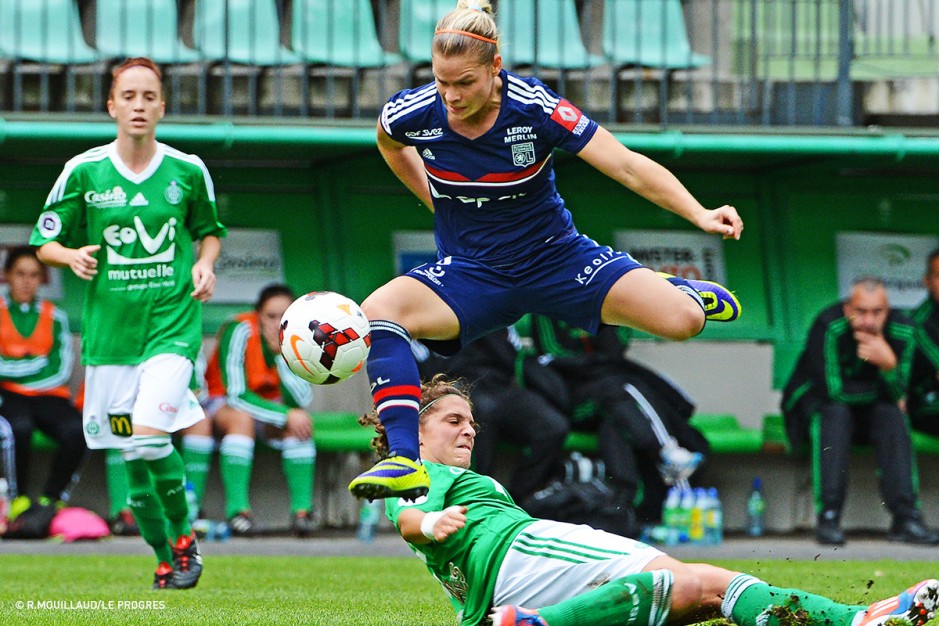 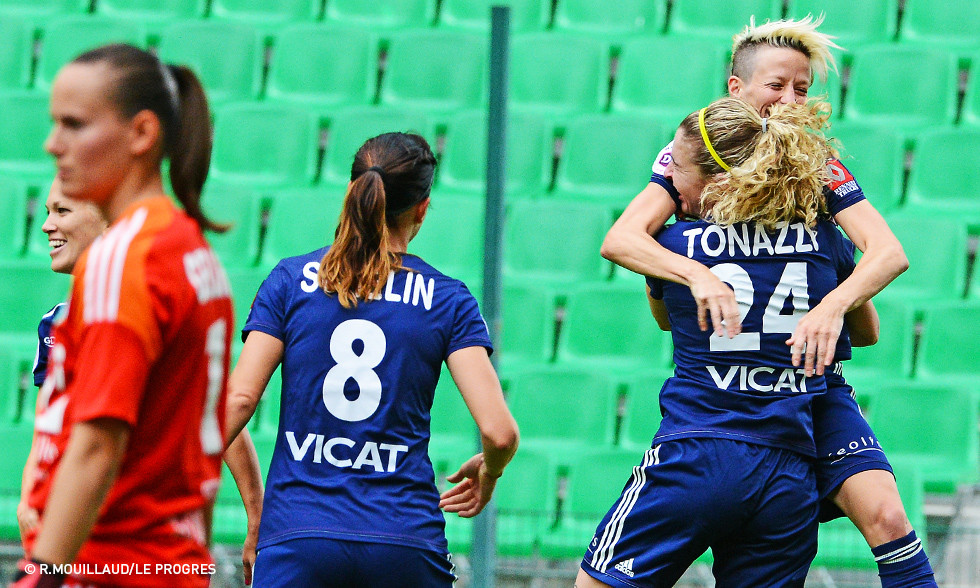 Olympique Lyonnais crushed Saint-Etienne 5-1 in the derby at the Stade Geoffroy-Guichard on Sunday afternoon and stay top of the Women's first division standings.

In this first ever Women's derby to be played at the Stade Geoffroy-Guichard, it took just two minutes for Lotta Schelin to open the scoring for the away side when she got on the end of a Eugénie Le Sommer cross (0-1, 2'). OL's 4-4-2 took the match by the horns right from the start and Laëtitia Tonazzi doubled the lead from a cross from Megan Rapinoe (0-2, 12'). The intensity dropped out of the match and there was no further change to the scoring in the first half.

After the restart, American Rapinoe scored her first goal of the season when she banged home after Schelin's initial effort was saved by Méline Gerard (0-3, 55'). The match exploded into life with three goals in six minutes. First of all Elodie Thomis finished off an excellent team move when she rounded the 'keeper to turn the ball home (0-4, 65'). Julie Morel then pulled one back for ASSE, getting the better of Sarah Bouhaddi (1-4, 69'). But seconds later, Lara Dickenmann netted the fifth for OL after another Schelin shot was partially saved (1-5, 71').

Thanks to this big win, Patrice Lair's side stay top of the Women's D1 standings and prepare in style for the Champions League Rd-of-32 home clash with FC Twente on Wednesday at 19:00 CET.