Bring on the derby! 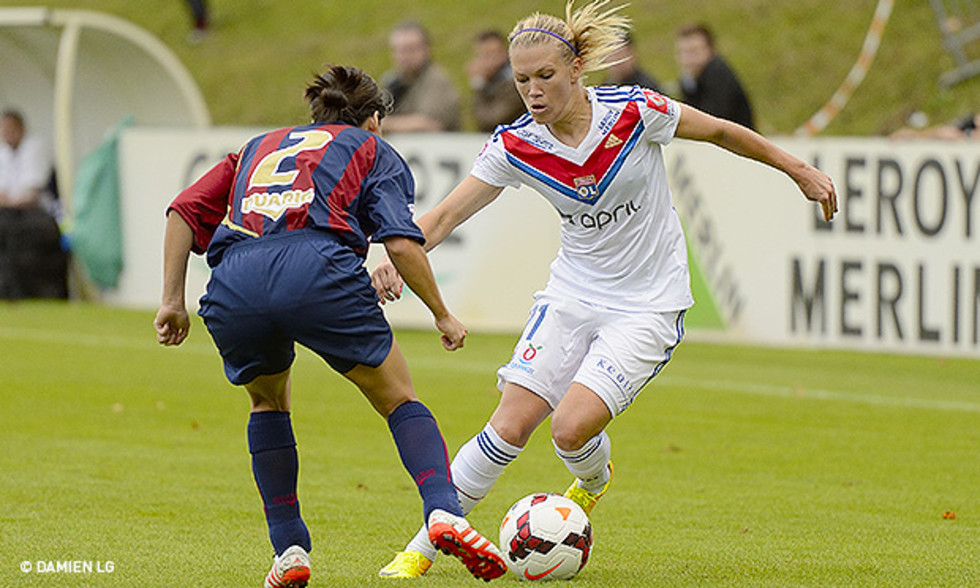 Between the two Champions League matches against Twente, the OL Women take on local rivals ASSE at the Stade Geoffroy Guichard, Sunday at 15:00 CET.

A few days after the De Grolsch Veste of FC Twente (4-0) in the Champions League, Olympique Lyonnais will grace the Stade Geoffroy-Guichard, this Sunday. The match wasn't originally scheduled for this weekend, but the decision was made the change the match, for security reasons, at the end of last week. It will be a first for this derby match, that OL have dominated from head to toe in recent years.

Last season, Patrice Lair's side won all three meetings with Les Verts: 3-0 and 5-0 in the championship, and 3-1 in the Coupe de France final. This season, ASSE have bolstered their young squad with the arrival of experienced players, such as Julie Morel and Nora Coton-Pélagie, and the club hopes to play a leading role in the final standings this campaign. In this always competitively fought derby game, OL will be looking to reinforce their regional superiority by recording a sixth consecutive victory.