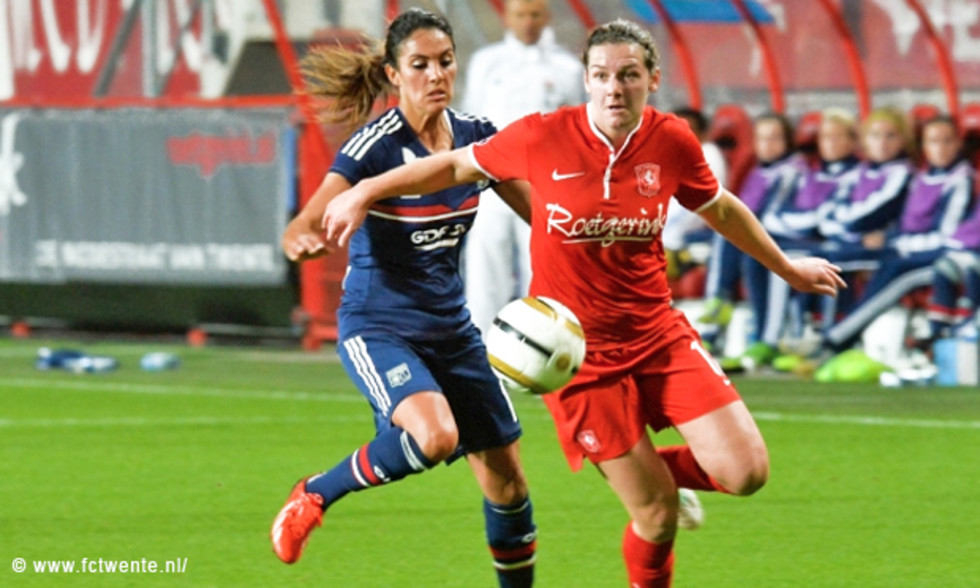 Olympique Lyonnais have taken a huge step towards qualifying for the last-16 of the Women's Champions with a 4-0 win away to FC Twente on Wednesday.

Against a young but well-organised FC Twente side, Les Lyonnaises waited a good 10 or 15 minutes before putting their foot on the ball. The firt chances for the French side came with rapid attacks with Bussaglia (12') and Necib (18').

Necib then made the breakthrough a few minutes later, picked out by Henry in the heart of the defence (0-1, 22'). As the minutes passed, OL's dominance grew and they doubled their advantage when Franco's cross was headed home by Kumagai (0-2, 31'). It was a first European match in a Lyon shirt for the Japanese recruit and a first goal...

Patrice Lair's squad returned to the changing rooms with a deserved lead, but Twente could also have scored when Bouhaddi made a great save to deny Jensen (31'). Without their suspended playmaker Spitse, the Dutch side  did manage to get in behind the OL defence with balls over the top.

After the break, OL switched to a 4-4-2 with the introduction of Tonazzi, and a desire to play football in the opponents' half of the field. The attacking move paid off when Tonazzi hit the back of the net from Thomis' cut-back (0-3, 52'). Less than ten minutes later, Rapinoe released Schelin, who curled home a wonderful shot into the top corner (0-4, 60').

The Swedish star was close to getting a double when her header smashed against the crossbar (67'). Then Laëtitia Tonazzi lost her one-on-one with the Twente 'keeper (86'). Without conceding a single chance in the second half, OL ran out comfortable 4-0 winners and are in the box seat to go through to the next round of the Women's Champions League.

The return leg will take place next Wednesday at 19:00 CET at the Stade Gerland. Before then, Les Lyonnaises take on Saint-Etienne this Sunday at 15:00  CET in the Women's first division.

- The OL Women's Third Strip is available at the online store

- The fixtures for OL Womens

- All the OL Women videos on OLTV Online