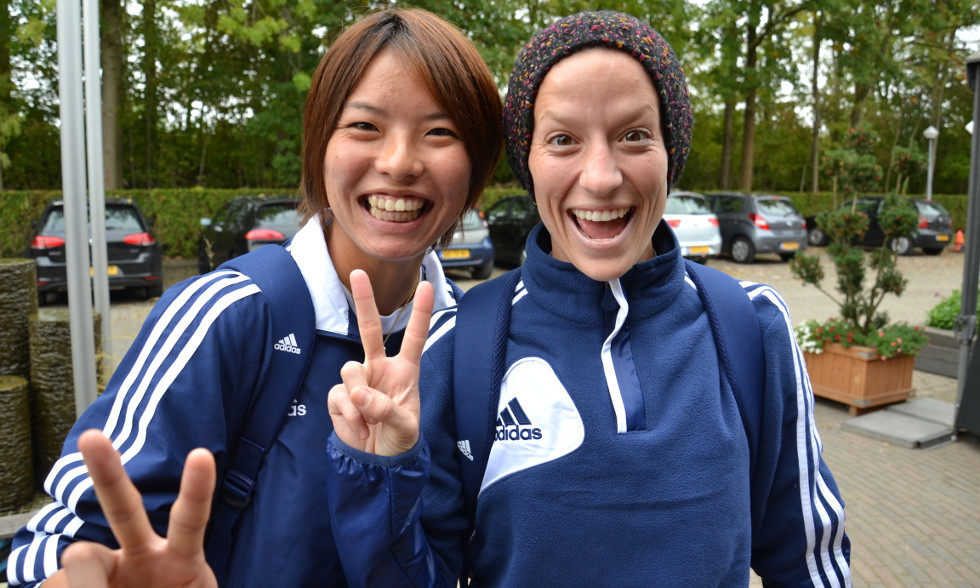 The Olympique Lyonnais squad arrived in the Netherlands this afternoon, on the eve of their Rd-of-32 Champions League tie with FC Twente.

Two days after their 3-2 win over Arras, Patrice Lair and his players were at the Lyon Saint-Exupéry airport this morning for their first continental excursion of the season. A squad of 19 players, with only Camille Abily, with her ankle in plaster, missed the trip. Amel Majri is travelling with the team but is unlikely to play.

First of all, Les Lyonnaises headed to Düsseldorf in Germany; the chance for Megan Rapinoe and Saki Kumagai (photo) to get to know each other. After a good lunch, the team then jumped in the coach headed for Enschede, in the Twente region, where they will begin their Champions League quest, this Wednesday at 19:00 CET.