Fightback came too late for win 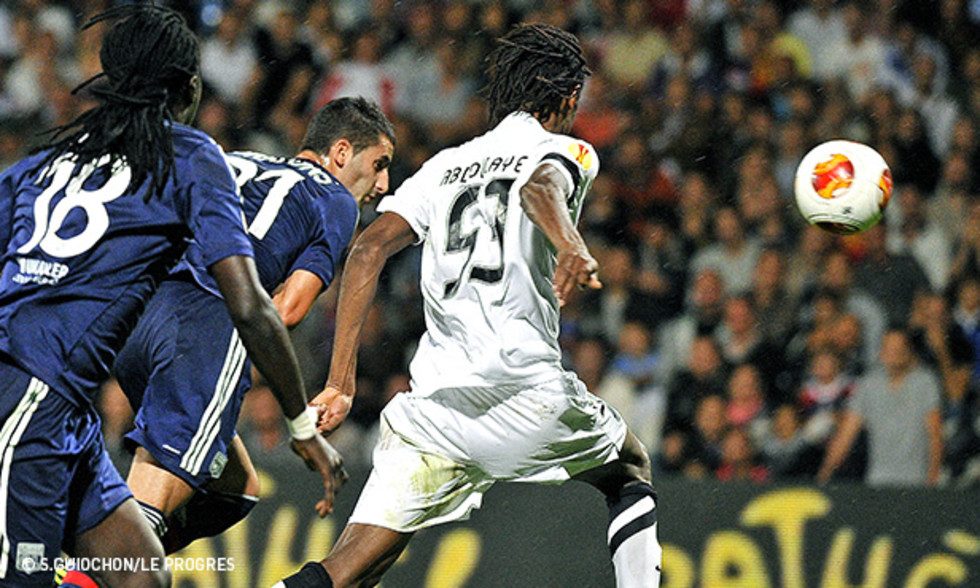 OL was held to a 1-1 draw at home to Vitoria after making a slow start and trailing by a goal at half-time. Les Lyonnais fought back after the interval, but couldn't find a winner in a match where they finished over the top of their opponents.

In Match Day 1 of the Europa League group stage, OL earned a 'good point' away to Real Betis in Seville. On Match Day, Les Lyonnais entertained Vitoria Guimaraes, who came into the game leading the group after their 4-0 win over Croatian Cup winners HNK Rijeka. Rémi Garde was again without a number of absentees for this game. Fofana started alongside Koné in central defence while Ferri was at right-back and Pléa completed the OL frontline with Gomis and Lacazette.

The first 15 minutes was a general round of observation between the two teams, during which OL made a number of technical errors, despite dominating possession. A number of corners failed to create any danger, and neither did the free-kick on the edge of the Portuguese penalty box. Lyon's first real chance came in the 20th minute when Lacazette burst down the right only to fire off target. Two minutes later, Malonga let fly with a vicious half volloy that flew past Lopes top corner. From an Mvuemba free-kick, Koné flew highest, but couldn't direct his header on goal.

On the half hour, Maazou tried his luck with a curling effort that flirted with the top corner. Umtiti was then replaced by Zeffane with a pulled hamstring. From a corner, Ba went close to headering the visitors in front. From a long ball over the top from Jesus, Fofana misjudged the flight and Matias and Maazou raced clear. The latter giving Lopes no chance. 1-0 for Vitoria. Pléa accelerated down the wing but his shot was blocked. OL were dominating possession but had failed to create any real danger in front of the Vitoria goal and trailed 1-0 at half time.

OL's first shot on target came from Malbranque after the restart, but it was a comfortable one for the Portuguese 'keeper. From another Mvuemba free-kick, Gonalons met the ball with a header that found the back of the net! OL were back level. Freshly introduced, Grenier delivered a fantastic free-kick for Fofana who couldn't hit the target. With ten minutes left, OL continued to dominate possession but were still struggling to create any real danger from open play.

After an initial dummy, Gomis got himself into a shooting position, only to be denied by a full-stretch Jesus in the Vitoria goal. OL pushed hard for a winning goal and could have received a penalty late on for a tackle on Lacazette. The Vitoria defence was at sixes and sevens. In the 88th minute, Plange sent a header goalwards from six yards out, but Lopes was there. Gomis had another chance from the edge of the area and another Grenier free-kick almost found a way through. Maazou was then sent off, but there was no further change to the scoring. Lyon's fight back came to late to claim all three points. It was Lyon's second consecutive draw in the Europa League group stage.