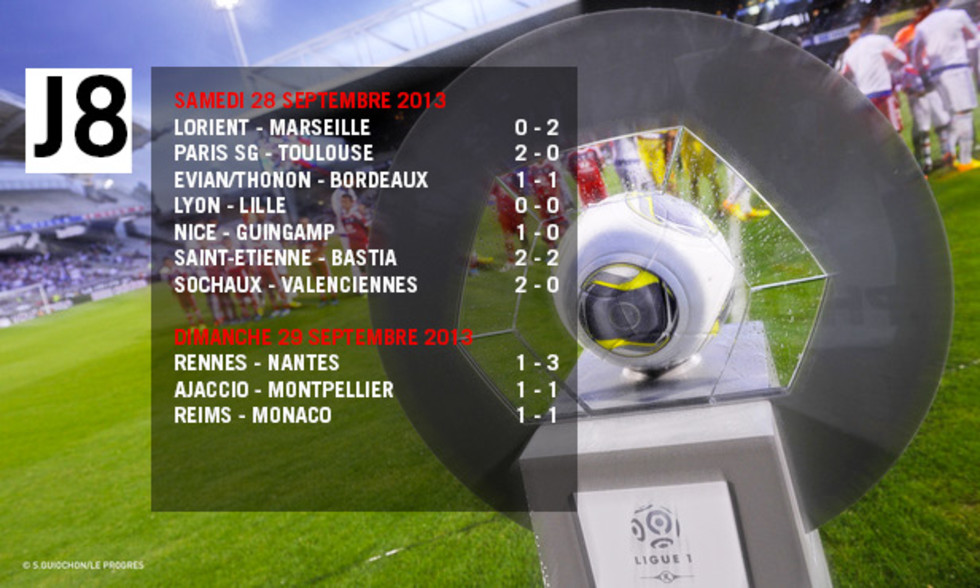 Monaco struggled against Reims… Paris won and moved into equal first…Marseille are still in the leading pack…Lyon are struggling, just like Saint-Etienne…Sochaux got a first win at the expense of Valenciennes…

Paris Saint-Germain undefeated in Ligue 1 since March…when they lost to Reims. Les Parisiens picked up another three points, thanks to a 2-0 home win over Toulouse.

Marseille on the coat tails…Les Phocéens picked up an important win away on the artificial pitch at Lorient and remain undefeated away from home with three wins and two draws. Les Merlus drop to 18th.

The match between Lyon and Lille couldn't find a winner or a goal…Les Lyonnais have been struggling for one and a half months and have won just one of their last nine competitive matches. As a result they sit in mid-table, as opposed to Lille who stay in fourth place..

Promoted Nantes defeat neighbours Rennes…Les Canaris recorded a 3-1 win away to Rennes in the Derby de l’Ouest, a fixture they hadn't won since 2005. The three points saw Nantes up to sixth place on the ladder.

Sochaux end 9-game winless streak… The clash between the bottom two went the way of the Lion Cubs, against a Valenciennes side that have now lost seven in a row to inherit bottom spot.

Nice defeated Guingamp to move into fifth place. Bordeaux could only draw at home to Evian, 1-1, their third consecutive draw. However Montpellier are the draw specialists with a sixth share of the spoils in eight matches. They drew 1-1 with Ajaccio.