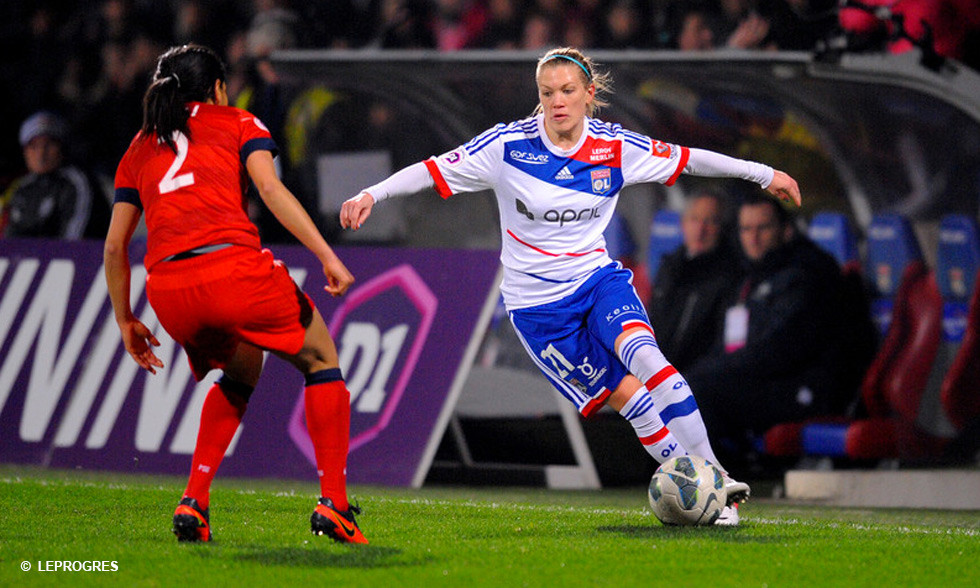 The Olympique Lyonnais Womens team travel to the capital on Sunday for a top of the table clash against Paris Saint-Germain.

When the fixture list was released for the Women's first division, it was clear that the start of the season would be hugely important for OL. After comfortably seeing off Juvisy (3-0) at the Stade de Gerland in Week 2, Patrice Lair's squad travel to Paris this Sunday for a match against their number one title rival. There's no doubt that victory over PSG will send the OL armada on their way towards an eighth consecutive domestic crown.

But before dreaming of the title, there's 90 minutes that need to be played. And this PSG side is more ambitious than ever, determined to challenge OL's supremacy. After signing Shirley Cruz, Lindsay Horan, Annicke Krahn, Linda Bresonik, Kossovare Asllani and Tobin Heath last season, the club from the capital lured ex Lyon defender Laura Georges and Marie-Laure Delie during the summer. Ex OL coach Farid Benstiti has a team, that on paper, is made to win the domestic title and even the Champions League.

Despite that, OL still seem a cut above early this season, because they also have a top notch squad and they have been working together for years and ooze collective strength. Wendie Renard and her teammates that to win in Paris, they will have to answer the physical challenge and also show patience, because this PSG is certainly the best tactical side they will face in France and very difficult to break down defensively.

Patrice Lair is without the services of Eugénie Le Sommer, while Heath, Bresonik and Asllani will likely be missing for Paris.