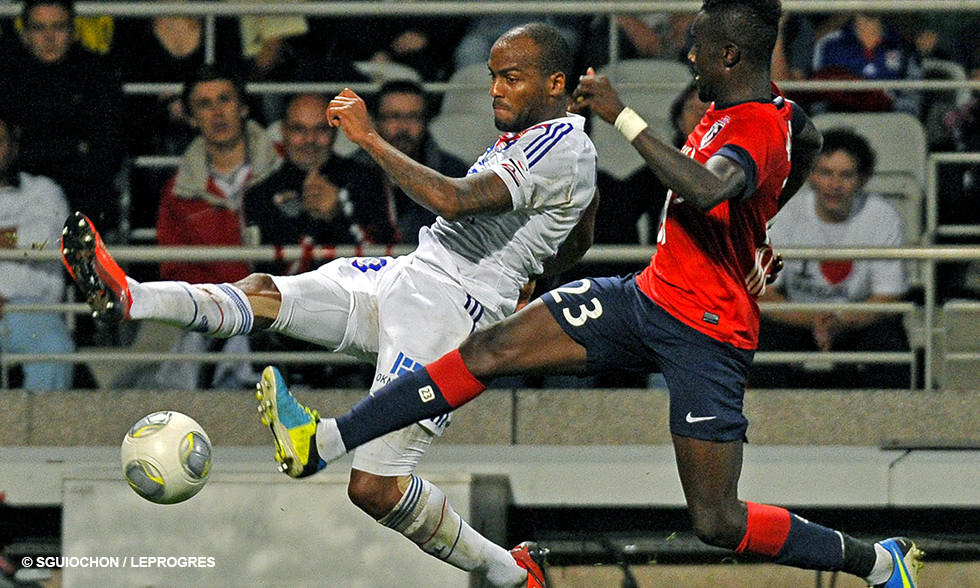 OL and Lille LOSC played out a scoreless draw at the Stade de Gerland. With just one shot on target, Les Lyonnais, dominated by Lille in midfield, were unable to make the difference in front of goal. Goalkeeper Lopes was the real hero tonight for Lyon.

Last weekend, Les Lyonnais put an end to their run of defeats, only to suffer another reverse in midweek away to Ajaccio. Was it just an accident or the start of another negative run? The visit of an in-form Lille side should provide the answers. To attack this important match, OL coach Rémi Garde was without a long list of injured players. Zeffane, Mvuemba and Fekir all returned to the starting line-up...

Two minutes into the game, Gomis released Briand in behind the defence and the latter was brought down by Balmont... yellow card. From the resulting free-kick, Briand found the space to turn and shoot... wide. From a corner, Martin drove the ball in hard and Bedimo cleared off his line. The battle raged in midfield. Grenier tried his luck with a long range free-kick, but the LOSC 'keeper saved. With half an hour played, neither team had the upperhand and the scoring chances had evaporated.

Lyon's final pass in the box was awry and Enyeama was rarely troubled. Les Lillois enjoyed long periods of possession, without creating any danger of their own. Balmont then found Gueye who shot from 25 metres out and the ball flew passed the post. Lyon left the field at half time to a chorus of whistles having failed to get a single shot on target. They would need to do more to catch out an organised Lille side.

Just as in the first half, Lille dominated the midfield at the start of the second half. In the 54th minute, Roux tried an acrobatic bicycle kick that bounced off target. Two minutes later his effort was turned over the crossbar by some desperate Lyon defending.

Tempers frayed. The pressure was intensifying on Lopes' goal. 20 minutes into the second half, Lyon were yet to have a shot at goal... From a Ferri cross, Gomis headed high over the bar.

Lopes then saved Lyon... Mvuemba lost possession in the 75th minute and Rodelin released Kalou clean through on goal. Lopes came charging out and made an excellent save. In the 81st minute, Balmont hit one first time and it flashed just wide. Another turnover saw Roux bring the ball upfield before letting fly from 25m out... Lopes again made the save. It took until the 86th minute of the match for OL to get their first shot on target as Gomis forced Enyeama into an excellent save. Origi shot from just inside the box, but Lopes was equal to it again. The final whistle confirmed the scoreless draw. LOSC dominated the game against a Lyon side that got just one shot on target all evening.