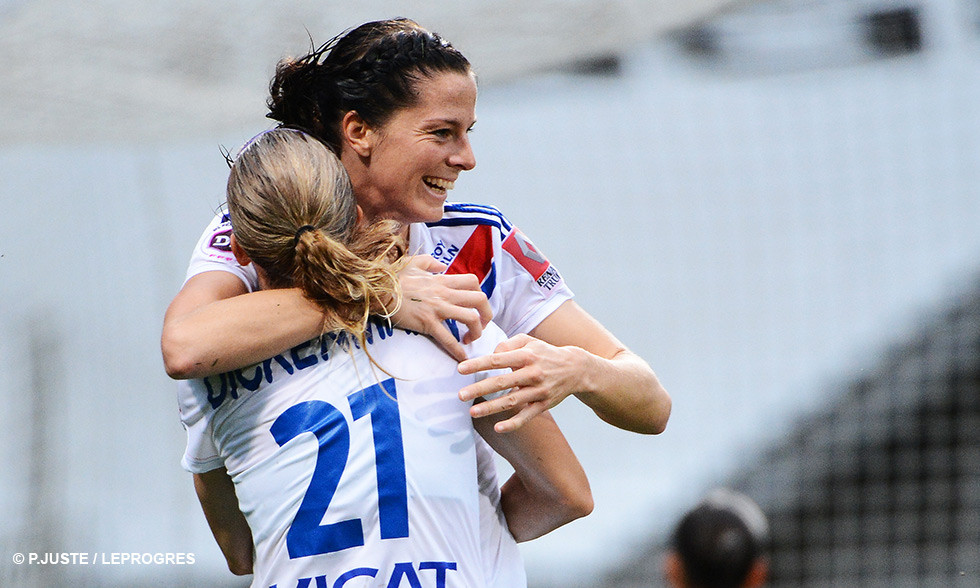 Olympique Lyonnais made light work of Muret on Sunday, dismantling the promoted side 10-1.

OL produced a floorless display in their final match before the international break. The side recorded a third consecutive league win to start the campaign and did so in style, while also resting the likes of Bouhaddi, Franco and Thomis.

It took just a minute for Camille Abily to open the scoring on Pitch No.10 at the Plaine des Jeux de Gerland. Another Abily strike and a Eugénie Le Sommer brace saw Patrice Lair's players head to the break with a comfortable 4-0 advantage. In the second half, Le Sommer completed her hat-trick while Laëtitia Tonazzi and Lotta Schelin both netted doubles before Saki Kumagai scored her first goal in a Lyon shirt.

The only black mark for the day was the goal conceded this season. But thanks to the comprehensive victory, OL maintain their place atop the standings ahead of PSG on goal difference after the capital club laboured to a 3-2 win over Soyaux on Saturday night.