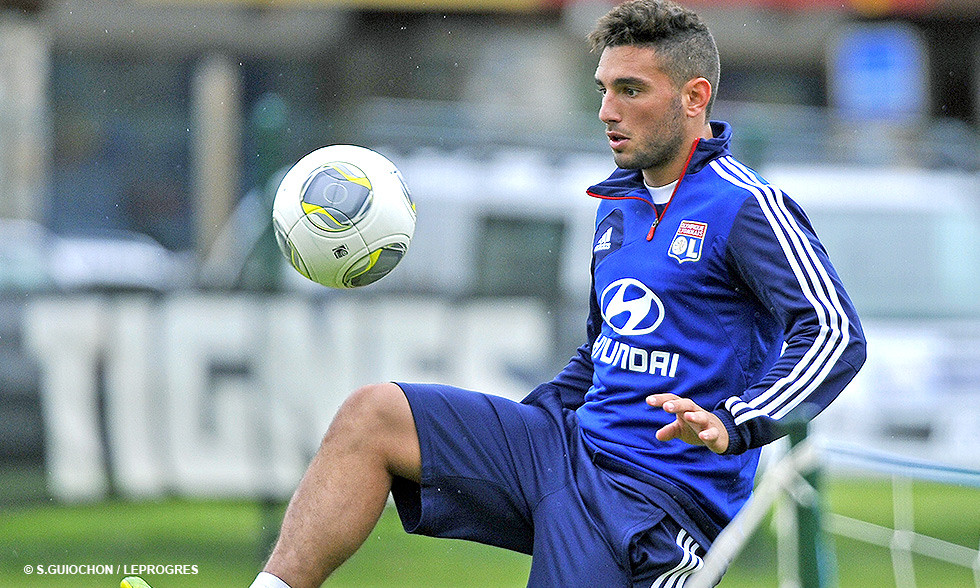 Jordan Ferri made his pro debut last season... But since the start of this season, the Olympique Lyonnais No.12 has been a regular on the pitch...

On 8 November 2012, he took his first team bow in the final eight minutes of the Europa League group match against Athletic Bilbao. He then started against Sparta Prague and Kiryat Shmona before making his domestic debut on 12 December against Nancy. In total, and without starting a Ligue 1 match, he played 328 minutes (140 in L1 and 188 in the Europa League). His performances didn't go unnoticed as he was called up to take part in the Toulon Youth Tournament with the France U21 team.

He never gives up

The midfielder, born on 12 March 1991 in Cavaillon joined OL in 2008. Rémi Garde has used him as a defensive midfielder, at number 8, on the right of midfield and even right-back. Since the start of the 2013-14 season, Jordan Jordan has seen a lot more playing time. He has played in four league matches and earned his first start against OGC Nice. He has made two starts, and come off the bench twice, and he has impressed by the amount of work he gets through, his vision and his technique. He scored in Annecy against Evian TG with a superb long-range effort; he earned a penalty against the Stade de Reims. He has adopted quickly to each new position. Jordan Ferri is a similar type of player to Florent Balmont, a player with a large register, who never gives up and always gives everything for the team. He also played five minutes in the UEFA Champions League play-off against Real Sociedad in San Sebastian.

"He reads the game very well. Thanks to his technique he is capable of switching the play. He works very hard. His attitude is excellent and keeps improving... He is starting to see what he is capable of..." Those comments came from Rémi Garde after his performance against Evian TG.

Called up by Willy Sagnol with Les Bleuets, he starred on Thursday night against Kazakhstan, starting the match, scoring a goal and laying on an assist. Without a shadow of a doubt, Jordan is growing in stature after signing his first professional contract on 31 May 2012. Jordan is one of the real revelations of this early season for Lyon.