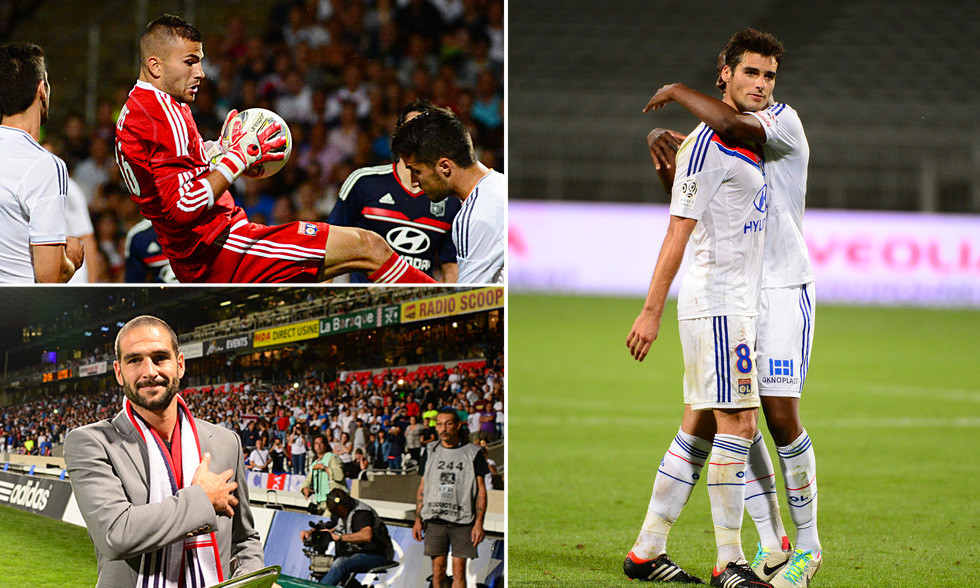 It was a bust month of August for Olympique Lyonnais with no less than seven official matches, in France and abroad... It was a month of twists and turns, of highs and lows...

In the month of August, Lyon went through all the emotions. Lyon experienced it all... except a draw. In their seven competitive matches, OL started the month with three consecutive victories that were followed by four straight defeats.

The save: Lopes' crucial stop in Zurich

06/08/13: OL were on the road in Zurich for the return leg of their Champions League third preliminary round tie. Having won the first leg 1-0, Les Lyonnais had a small advantage over their Swiss rivals, but a solitary goal often doesn't count for much in a knockout tie. In the 43rd minute, Grasshoppers were on the attack and after a good passing move, Toko received possession on the left of the area and shot. Another player was blocking the line of vision of the Lyon goalkeeper Anthony Lopes, but he still produced a fantastic reflex save, low down. It was not the easiest or the hardest technical save he had to make in August, but it was the most important as it kept OL in front and psychologically ahead of their rivals. Lopes kept back to back clean sheets in the tie to help send OL into the pay-offs.

The Goal: Gourcuff's free-kick versus Nice

10/08/13: In the 92nd minute of the opening match against Nice, Yoann Gourcuff scored a magnificent free-kick, so important for the player's confidence. Lyon may have been leading 3-0 at the game was certainly safe, but this free-kick was so symbolic of the players return to form, physically and mentally, that allowed him to finally exploit 100% of his incredible talent. Yoann Gourcuff, earned the free-kick himself, 25m out from goal to the left of centre, and demanded to take it himself. He placed the ball deliberately, took his series of little steps on the spot, still part of his ritual and then ran in. Balance, purity, precision, power, trajectory... this free-kick had it all. Ospina, beaten, could only watch as the ball flew into the top corner of his goal. The France international produced a stunning strike to cap off a brilliant victory.

10/08/13: The day before, OL confirmed the transfer of Lisandro Lopez to Al Gharafa. The return match against Grasshoppers of Zurich, in Switzerland, was the Argentine international's last in a Lyon shirt, highlighted by his perfect assist for Grenier's only goal of the game. It was the finally offering after years at the club, an offering that summed up his desire, his fighting spirit and his generosity that have written his name into the club's history. On the tenth of August, at the Stade de Gerland for the Week 1 Ligue 1 match against Nice, the public gave him an emotional and heartfelt send off. During half-time, a teary Licha took the microphone and addressed some final words to the fans: "I love you all." The goal scorer enjoyed a lap of honour in the stadium where he was adored...