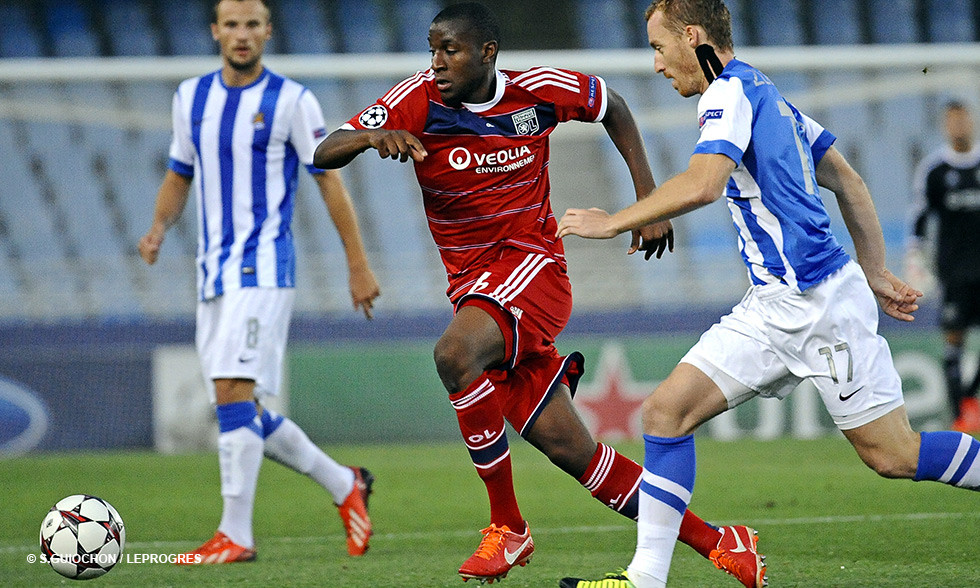 The scenario was a simple won for this return leg between Real Sociedad and Olympique Lyonnais. The Basques had a two-goal lead from the first leg at the Stade de Gerland. Statistically, OL had only a three per cent chance of qualifying. A team that likes to play attacking football, Real Sociedad apparently had little intention of trying to protect their advantage. For their part, OL had nothing to lose... the aim was to try and score early and sow the seed of doubt in their opponents' mind. The Estadio Anoeta was a sell-out and the atmosphere was festive. The club from San Sebastien was hoping for a return to the Champions League after a ten-year absence. Would Maxime Gonalons and Co. ruin the party? As expected, Umtiti returned to the centre of defence while Fofana partnered Gonalons in central midfield.

OL had the better of the early exchanges, but Griezmann, released in behind the defence, under hit his attempted lob and it was an easy one for OL 'keeper Anthony Lopes. Real seemed happy to sit deep and try and hit on the counterattack. Somehow, the OL defence managed to clear Vela's header. After 20 minutes, Real stepped on the accelerator and their high pressing game stifled OL's attacking play. Vela and Griezmann were a constant threat and the Mexican almost opened the scoring with a shot from the edge of the area (30').

The ball ran from end to end, but it was Griezmann who went closest two minutes later. The battle raged as neither side was prepared to back down. Real were still in the box seat, but OL were not out of it... yet. Vela took a dive in the area, before forcing an excellent save from Lopes (40').  Grenier and Lacazette almost got the crucial goal just before half-time. The opening period was a thrilling affair, despite finishing scoreless.

OL gave a good showing of themselves in the first half. But with just 45 minutes left, they had their backs against the wall. Was a miracle still possible? Fekir replaced Benzia. It was a first appearance with the first team and the left-footer showed plenty of pace and technique on the right. Moments later, Seferovic hit the woodwork. Game on! OL laid siege to the Real goal. Grenier and then Bedimo both tried their luck…  Real also looked dangerous coming forward and
Prieto should have done better from a Griezmann service. The Anoeta groaned... Both sides traded blows... It was intense, a classic European night... and the home crowd enjoyed the show. Then Vela struck the decisive blow with a header from a Griezmann corner (63')… It was a deserved lead given the chances they had created.

The stadium sang even louder to urge their players on towards the final whistle. Real Sociedad controlled the final minutes and doubled their lead thanks to the mercurial Vela in stoppage time. OL will play in the Europa League this season. No regrets. Real Sociedad were the better side.