Ahead of Real test 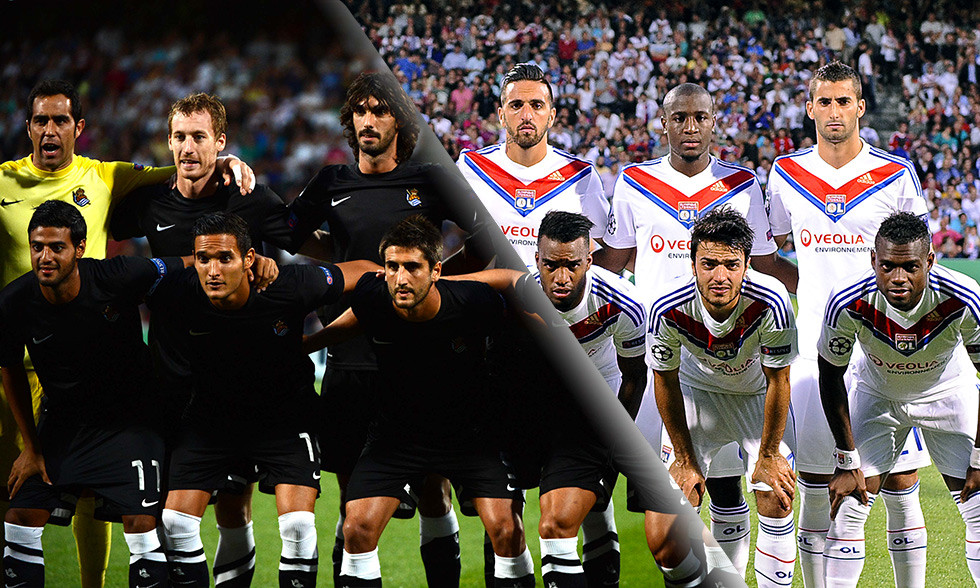 Olympique Lyonnais take on Real Sociedad on Wednesday evening in the return leg of their Champions League tie at the Estadio Anoeta with the Basque side leading 2-0 on aggregate...

OL has lost the first leg of a European tie 12 times (or 14 if you count the Fairs Cup). Les Lyonnais only qualified once, against Brugge in the 2001-2002 UEFA Cup. The Belgians had won the first leg 4-1, before Les Gones turned the tie around at the Stade Gerland with a 3-0.

Of these 14 first-leg defeats, eight were by at least two goals and Lyon only qualified once, against Brugge.

The Estadio Anoeta in San Sebastian

The return leg on Wednesday will be played in the Estadio Anoeta. The stadium in San Sebastian was built in 1993 and has a capacity of 32,000. The Estadio Anoeta, is a multi-sport venue and has an athletics track around the ground and is the home of Real Sociedad. The Basque side hasn't los tat home since 4 November 2012 (1-0 against Espanyol in La Liga).

In European competition (Champions League, Cup Winners Cup and UEFA Cup), Real Sociedad have only lost three times at home… including once against OL in the last-16 of the Champions League in 2003-04. The other home losses came in 1974 and 1975.