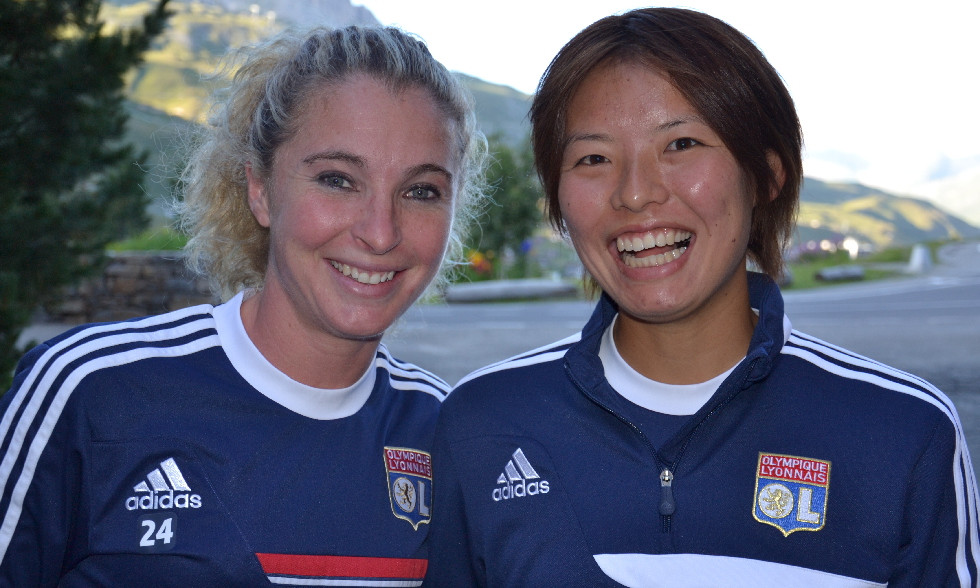 Patrice Lair finally has his full contingent of players with the arrival of the club's international stars that competed in the European championships over the summer. After a series of physical tests yesterday morning and two training sessions, the OL squad arrived in Tignes around 17:45 for the traditional ten day camp.

The squad went for a bike ride to stretch out the legs before the serious stuff starts tomorrow with a morning warm-up followed by two more sessions. The squad also includes Mélissa Plaza and Saki Kumagai, as well as a young American on trial, Andi Sullivan.