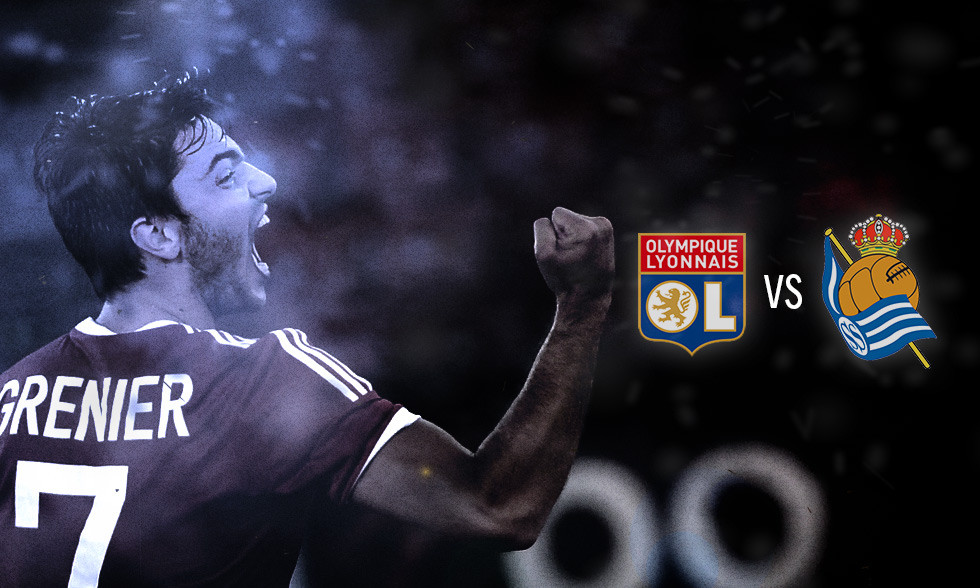 Olympique Lyonnais and Real Sociedad know just what is at stake in the first leg of their Champions League play-off latch... Les Olympiens will be looking to build on their excellent start to the new season to ensure they are well placed for the return leg in San Sebastien…

When you are playing the first leg at home, the most important thing is to keep a clean sheet. At the very least, a scoreless draw... An away goal can prove crucially important...

OL have impressed early on this season. In four matches they have qualified through the UCL third preliminary round and lead Ligue 1 after two matches. Four wins from four. Nine goals scored and only one against. A perfect record for this 'new-look' side. OL have shown real promise both collectively and individually, even if they haven't yet been tested over a full 90 minutes by a 'big' team. Grenier has confirmed his potential to become a real leader within the squad and capable of making the difference, and he has been ably supported by the in-form Yoann Gourcuff. Lacazette has scored three goals up front... Defensively, the new signings Miguel Lopes and Bedimo have impressed… and don't overlook the contribution from Anthony Lopes.

Now it's time to take on Basque side that are a little short on competition, just as it was for Lyon against Grasshoppers. They have just begun their championship with a 2-0 win over Getafe. Fourth in La Liga last season, they have changed coach over the summer, but maintain their same philosophy. They are a team that love to attack and have some standout performers such as Vela, Griezmann, Prieto… and Granero, the former Real Madrid player who has just joined the team. Expect them to come playing their natural game...

Get a positive result

Maxime Gonalons and Co. Know what is at stake. Will Samuel Umtiti return to the centre of defence alongside Milan Bisevac? Will Gourcuff once again be on the left-side of the attacking midfield trio? There shouldn't be too many surprises in the starting XI.

Ever since the draw was announced, observers have qualified this tie as 50/50 and that OL were not the favourites. So the important thing is to get a positive result in the first leg to ensure the team has every chance of going through a week later at the Anoeta.