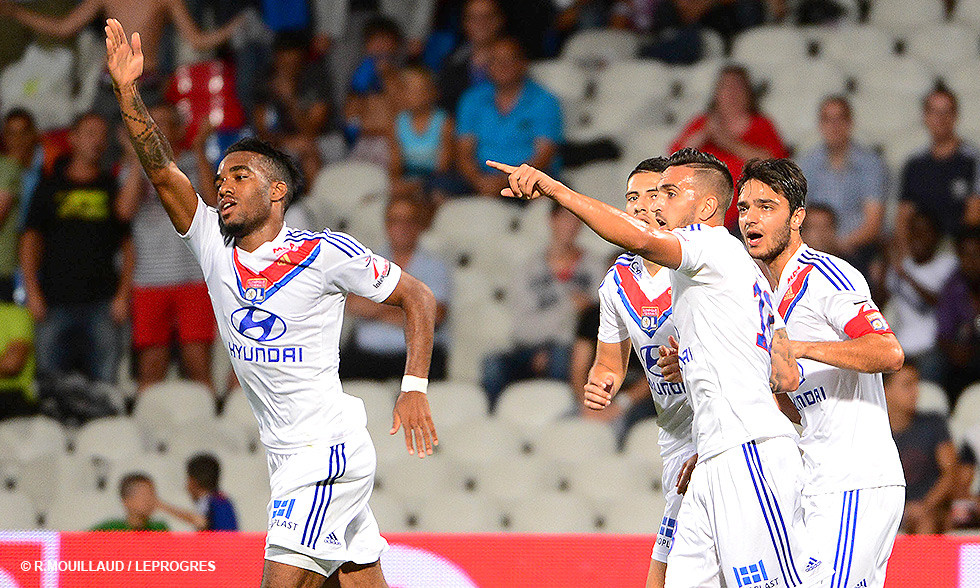 Olympique Lyonnais made the perfect start to the new season with a comprehensive 4-0 drubbing of Nice... it bodes well for the future...

The Ligue 1 was back at the Stade Gerland on Saturday night for the visit of Nice. Les Lyonnais were looking to build on confident start to the 2013-14 campaign that has seen then the side qualify for the Champions League play-offs. With injuries to Dabo and Ghezzal, and suspensions to Gonalons, Umtiti and Koné, and the transfer of Lisandro Lopez, Rémi Garde didn't have too many options. Fofana and Bisevac started in the centre of defence while Bedimo made his competitive debut for his new side. In midfield, Mvuemba and Ferri started, along with Gourcuff on the left, preferred to Danic, and Benzia on the right. Grenier wore the captain's armband.

Before kick-off, Lyon's two U20 World Cup winners, Umtiti and Sarr, received awards from the club for their performances over the summer. The match started with a nervy period of observation. But the first chance of the match was the good one. In the 13th minute, Grenier released Lacazette on the edge of the area. The striker controlled and coolly beat Ospina to give OL a 1-0 lead. The goal sparked the match into life. With a 20th-minute free-kick for Nice, OL failed to clear the danger and Lopes was called upon to make an important save at the second attempt.

Nice created a second opportunity on the half-hour when Brüls shot from the edge of the area, but again Lopes intervened. Another Nice free-kick 30 metres out saw Eysseric send in a floating ball that Lopes struggled to deal with. Traoré followed in but the OL 'keeper was there again to save. Lyon finally had a chance to extend their advantage five minutes before the break. Gourcuff tried his luck from the edge of the area but was unable to hit the target. Les Lyonnais headed to the break with a 1-0 lead, converting their only real chance and then relying on Lopes to keep them in front.

During the half-time break, an emotional Lisandro Lopez bid farewell to the Lyon public and received a stunning ovation during his lap of honour. "I love you all," were his final words. Lyon had the first opening of the second half but Benzia was unable to take full advantage. In the 54th minute, Gourcuff broke down the left and crossed for Grenier. The OL captain gave Ospina no chance with an excellent header. OL had made the break. Two minutes later, Lacazette broke on the counterattack, he found Gourcuff on the left who crossed hard across the face of goal, only to see Grenier's effort flash wide with Ospina beaten. Lyon were right in control.

From a Nice corner, Gourcuff picked up possession and released Lacazette clean through on goal. The Lyon attacker rounded Ospina, 30 metres from goal, before passing the ball into an empty net. 3-0 for OL. Lacazette went close to a hat-trick when he met Miguel Lopes' hard cross to the front post, only to his header fly wide. Lyon were right on top, Nice were in trouble. In the 86th minute, Lopes eliminated his opposite number with a nutmeg before unleashing a missile that Ospina turned behind. Gourcuff completed the scoring with a fantastic 30m free-kick that flew into Ospina's top corner. 4-0 over Nice, Les Lyonnais couldn't have dreamed of a better start.