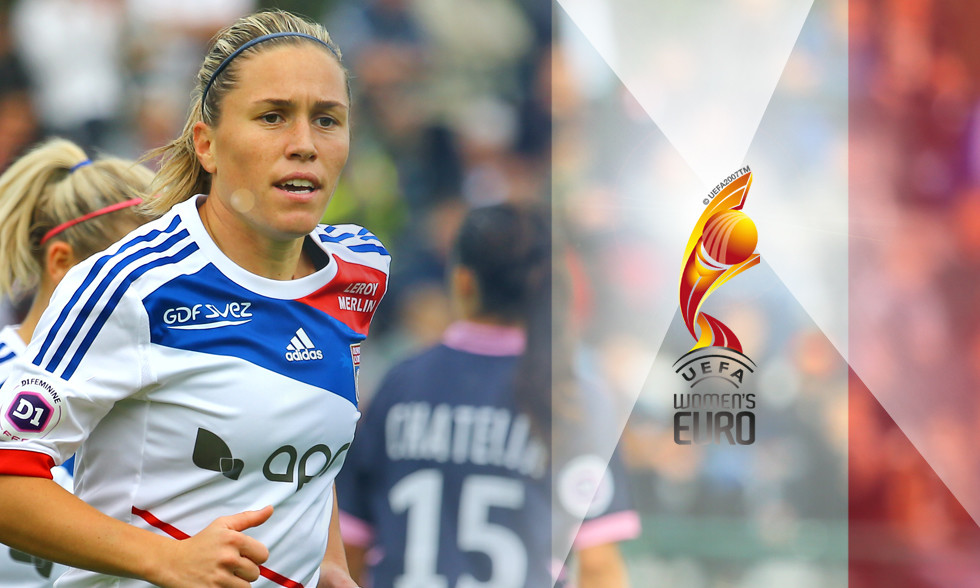 France has been eliminated 4-2 on penalties by Denmark in the quarter-finals of Euro 2013 after the match finished 1-1 in regulation time.

Just like they did against Sweden in the group phase, Denmark held one of the tournament favourites by containing their more fancied opponents with a low defensive line and speed on the counterattack. With one counterattack, Rasmussen, well played in behind the defence, blasted the ball beyond Bouhaddi from close range (0-1, 28'). Well organised tactically, the Danes comfortably held their opponents at arm's length in the first half.

After the break, with the exit of Soubeyrand and a reorganisation, France immediately looked more dangerous. Denied for a long time by the excellent Petersen, France finally earned a penalty when Abily was brought down. The 'keeper got a hand to it but couldn't keep out Necib's effort (1-1, 71'), and the match headed into extra-time.

The French continued to take the game to their rivals and went so close to getting the crucial goal when Abily's free-kick came back off the crossbar (107'). Despite dominating extra-time that featured a big penalty shout, Les Bleues headed to a penalty shootout. Denmark won the shootout 4-2 after Necib and Dalannoy both missed,despite one Bouhaddi save.

It was a massive disappointment for the France national team who, like in Euro 2009, are eliminated on penalties in the quarter-finals. Red hot favourites for the title, France's golden generation failed again, after the upsets in the World Cup and Olympic Games. Lotta Schelin is the only remaining Olympique Lyonnais player in the competition with host nation Sweden.