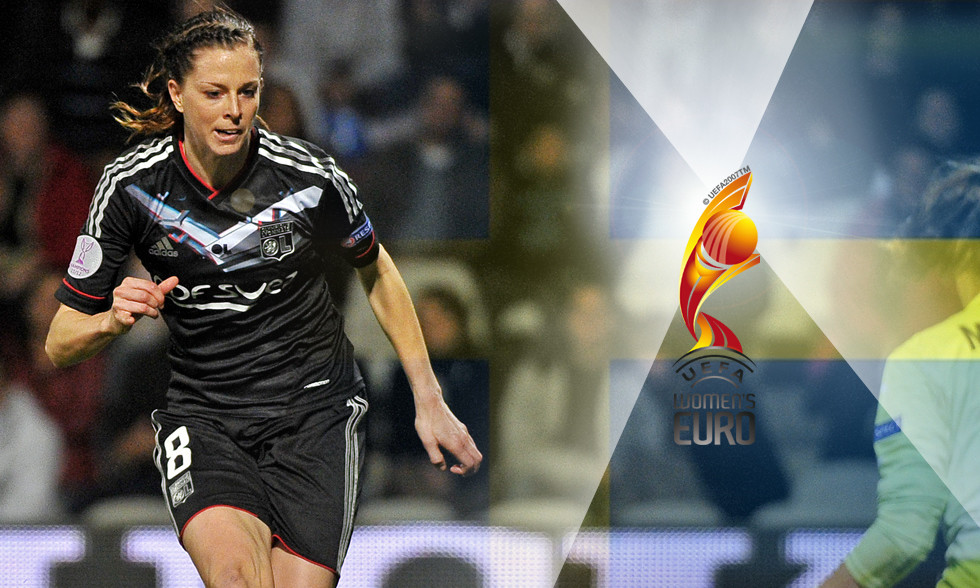 Host nation Sweden romped into the semi-finals of Euro 2013 courtesy of a 4-0 victory over Iceland, including a double from Olympique Lyonnais striker Lotta Schelin.

Lotta Schelin is clearly in top form! The OL star struck again on Sunday afternoon for her country in Halmstad. Against an outclassed Iceland side it was Hammarström that opened the scoring with a crisp shot (3'), before the Schelin Show. First the French-based star laid on the assist for Öqvist (14'), to make it 2-0 before she netted twice herself from two Asllani assists (19', 59'). Courtesy of her brace, Lotta Schelin moves to the top of the goal scorers charts with five strikes and now waits to see who of Germany or Italy they will meet in the semi-finals.