OL get first win of preseason 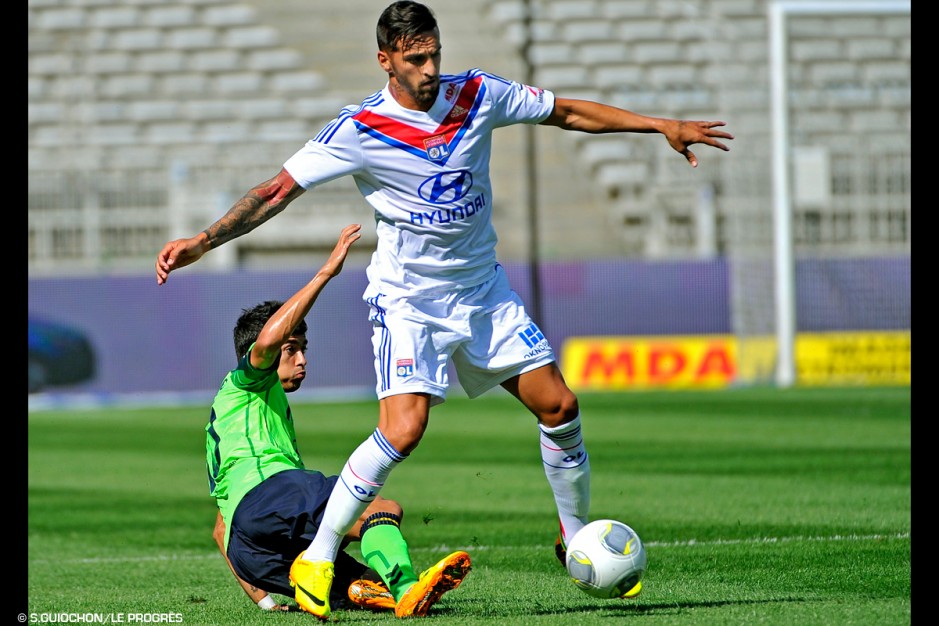 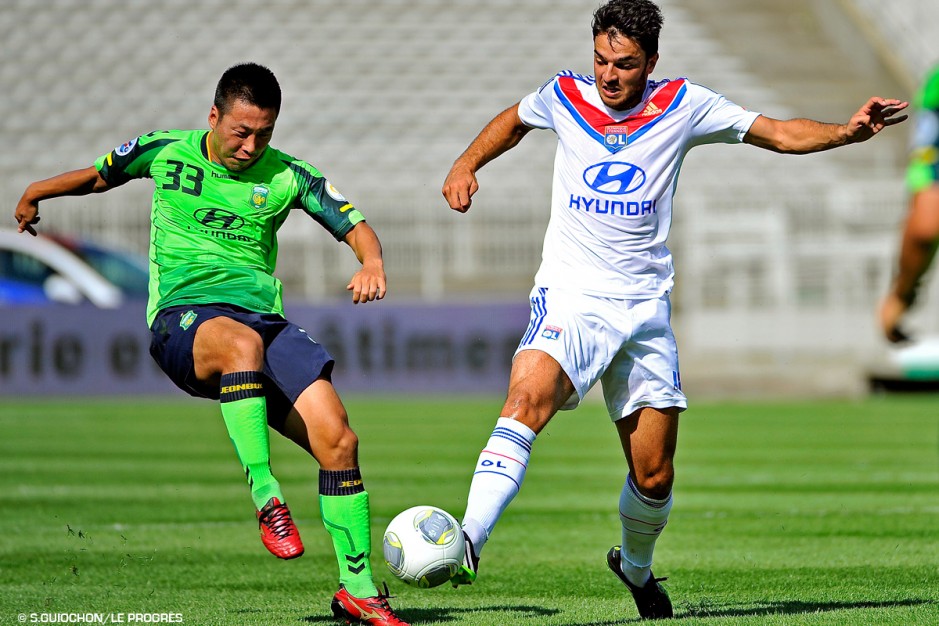 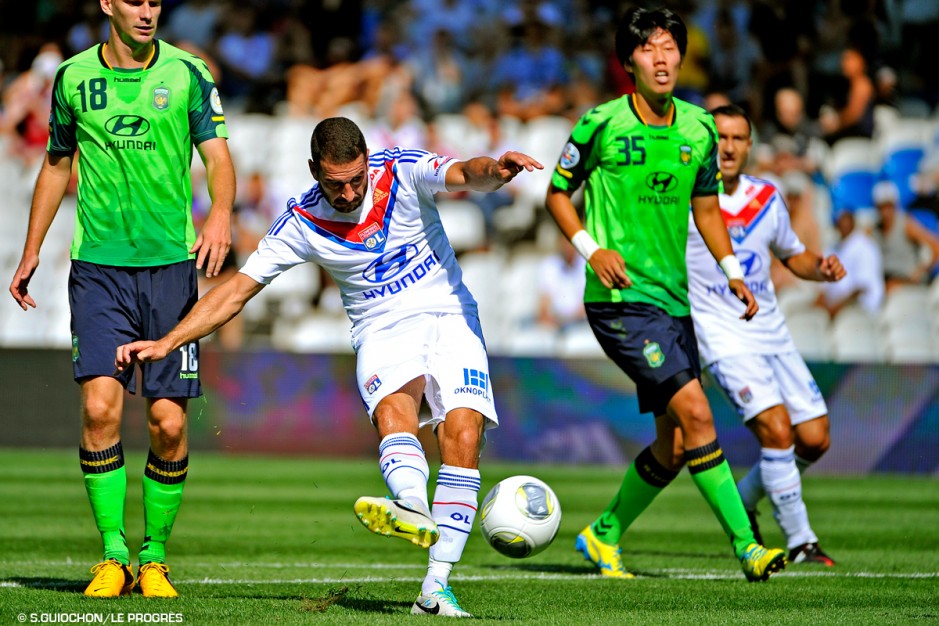 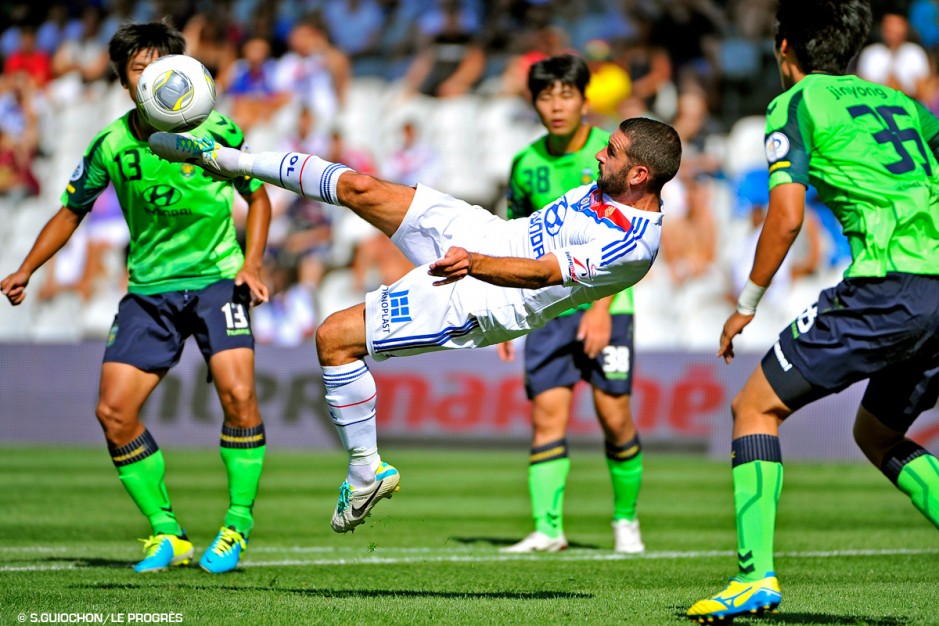 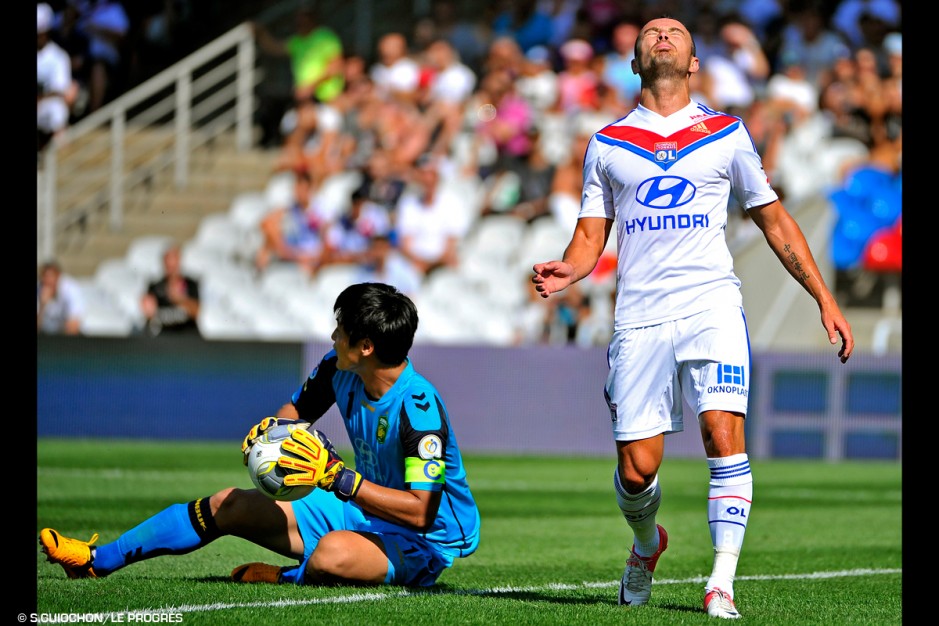 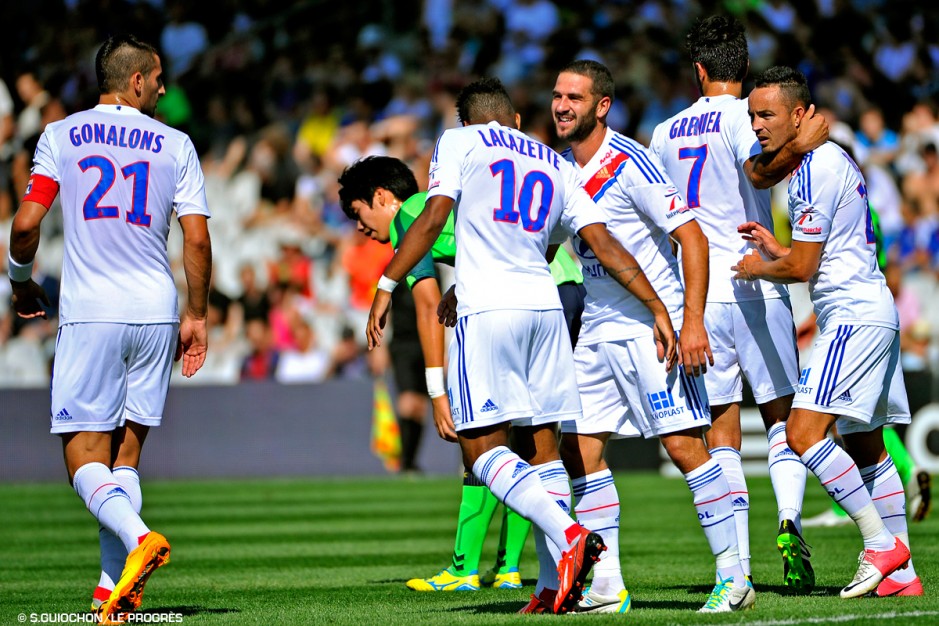 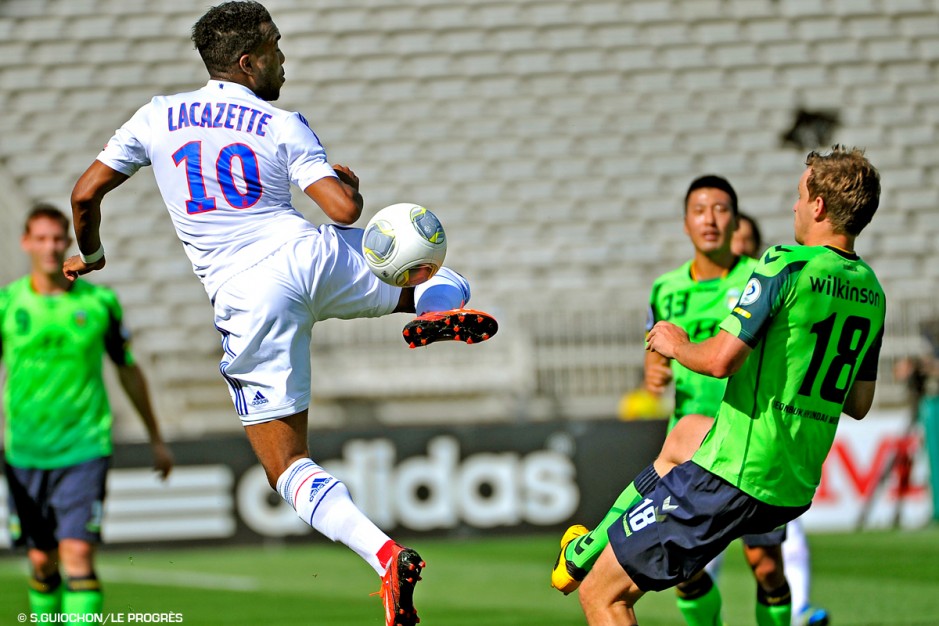 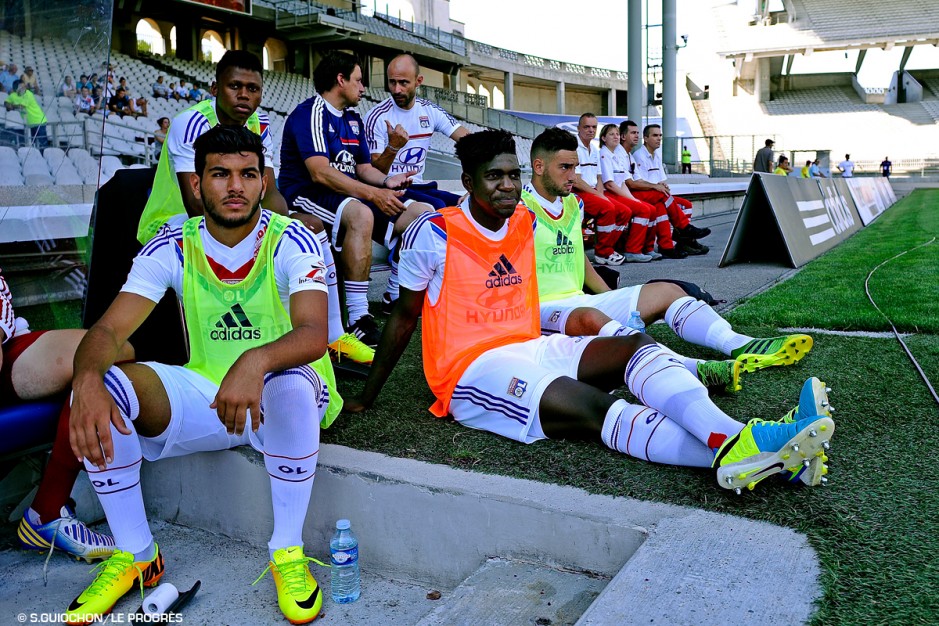 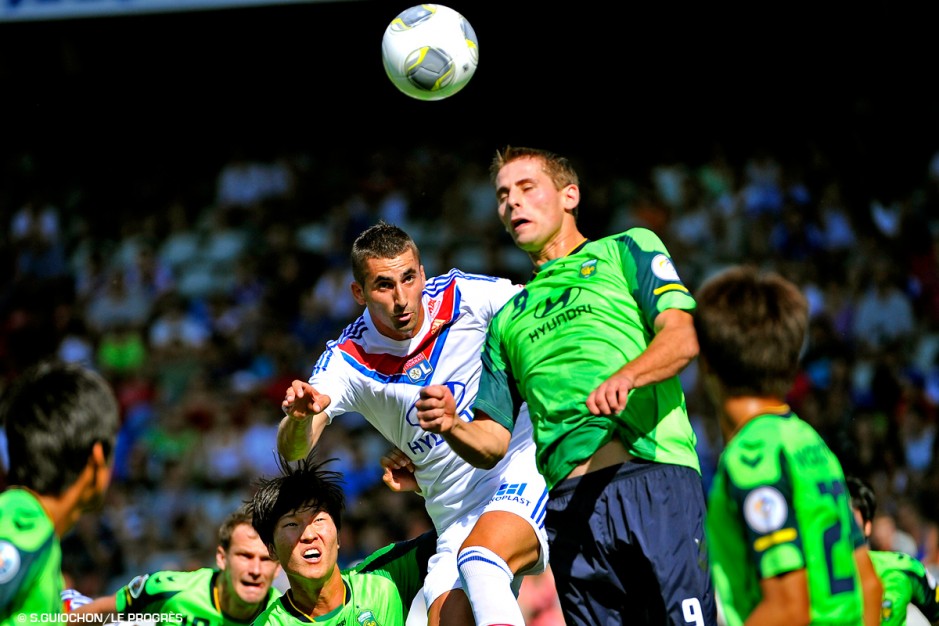 Olympique Lyonnais dominated for large periods and recorded a first preseason victory on Saturday, 2-1 over the excellent Korean outfit Jeonbuk Hyundai... OL's next challenge is Spanish side Real Madrid on Wednesday...

OL played their third preseason match on a sunny July Saturday, against Korean side Jeonbuk Hyundai Motors. After two draws in Poland and the USA, the aim for this third match was to keep improving and increase the match fitness, just ten days before the Champions League third preliminary round match against Grasshopper Zurich. After this third friendly match, the fourth and final game will be on Wednesday against powerhouse Real Madrid.

Play got underway on an excellent playing surface at the Stade de Gerland, but in oppressive heat. In the opening five minutes, OL controlled the ball, but were unable to cause any undue concern to the Jeonbuk defence. The first shot in anger came from the boot of Malbranque who let fly from the edge of the area, only to see the ball flash the wrong side of Kwoun Sun Tae's post. In the tenth minute, Lisandro tried his luck with a nice curling effort that seemed destined for the bottom corner before the Korean 'keeper made the save. A minute later Danic missed a great opportunity to open the scoring when he fired high. After the opening quarter-hour, the Korean side still hadn't managed to bring the ball out of their own half of the field. They ended by cracking under the pressure... Lisandro, 15 metres out, gave the 'keeper no chance this time with another curling effort. 1-0 for Lyon. Five minutes later the lead could have been doubled when Lisandro acrobatically met Miguel Lopes' cross, only to see the ball fly agonisingly wide. It was a magnificent effort as the referee blew for a deserved drinks break midway through the half.

The Jeonbuk Hyundai players were really struggling to launch any telling attacks. Lacazette tried his luck from 20m after a one-two with Lisandro, but pulled the shot wide. Les Lyonnais took their foot off the gas. In the 37th minute, Jeonbuk carved out their first chance. Leonardo started the move with a great switch of play before racing into the area where he met the cross on the volley which just missed. Kwon Kyung Won... then headed over from a corner. OL lost their way a little, but Gonalons still produced a great ball for Grenier who blasted just high. The referee's whistle brought the end to the first half with Lyon leading 1-0.

Three minutes after the restart, Lacazette broke into the box but his effort was again well saved by the visiting shot-stopper. From a free-kick, 25m out, Leonardo produced a good save from Lopes who turned the ball around the post. In the 52nd minute, Leonardo beat Miguel Lopes down the left, before producing a precision shot inside the far post. Jeonbuk were back on level terms 1-1. The side from Korea Republic were clearly in better shape in the second half, growing in confidence and passing the ball around well. Lacazette launched another solo raid and his shot was heading for the top corner before the 'keeper pushed it wide.

Both sides made a number of changes and the pace slowed and the lyon chances were fewer and further apart. Substitute Zeffane, then burst down his flank and crossed for Lacazette who had the simple task of nodding home. 2-1 for OL. In the final minutes, there were more changes to personnel on both sides and while the game struggled to find a flow, Umtiti still hit the crossbar with cross-cum-shot from the wing. OL still lacked consistency over the full 90 minutes, but the result is a first win of the preseason. Jeonbuk Hyundai ended their tour with a nice group photo with both teams and their coaching staff.