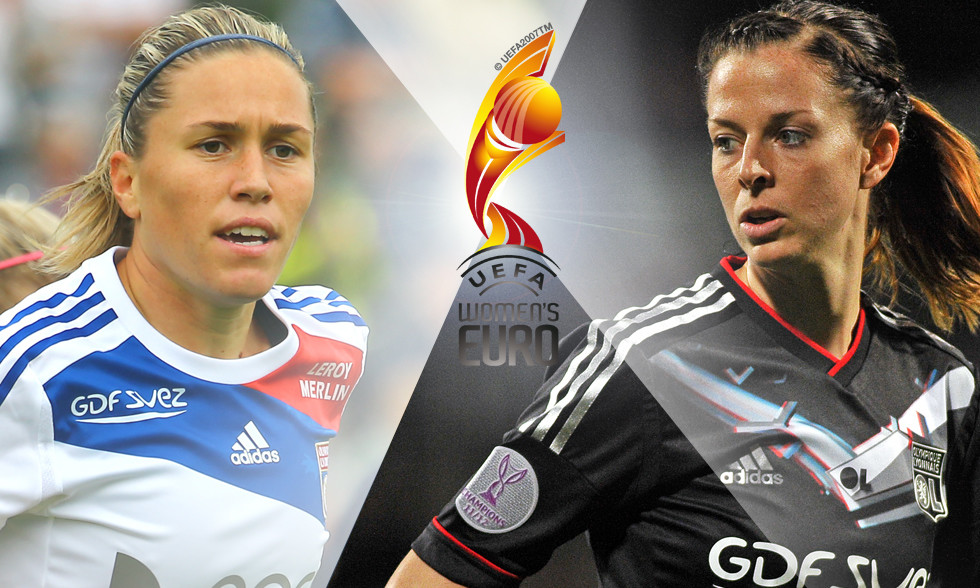 No less than ten Olympique Lyonnais players will be hoping to triumph in the 2013 European championships that start in Sweden on Wednesday.

Les Lyonnaises are ready to get it on! Representing France, and also Sweden, ten of the team are ready for the tournament's start on Wednesday. Captain of the host nation, Lotta Schelin will be desperate to lead her side to the ultimate triumph. After a third-place finish at the 2011 World Cup and a quarter-final elimination at the London Olympics, Sweden will be looking to win back the trophy they lifted in the very first edition back in 1984. Pia Sundhage, returns as coach after leading America to gold in London.

France are also eyeing off victory in the final and boast no less than nine OL players: Bouhaddi, Renard, Franco, Henry, Bussaglia, Abily, Necib, Le Sommer and Thomis. After semi-final losses in both the World Cup and the Olympic Games, Les Bleues want to go at least one better this time. Despite a 2-0 to Australia in their final warm-up match, this France side is capable of beating anyone on their day.

Sweden and France are two of the favourites for the crown, along with Germany, winner of the last five Euros. The top two in each group, along with the best two third place teams, qualify for the quarter-finals.

There are also a number of former OL players taking part in Euro 2013: Deville (Juvisy), Georges (PSG) and Bretigny (Juvisy) will play for France, while Stensland (Stabaek) will represent Norway. For her part, Sonia Bompastor will be commentating the matches alongside Denis Balbir on W9 in France, while Cécile Locatelli will be covering the competition for Eurosport.