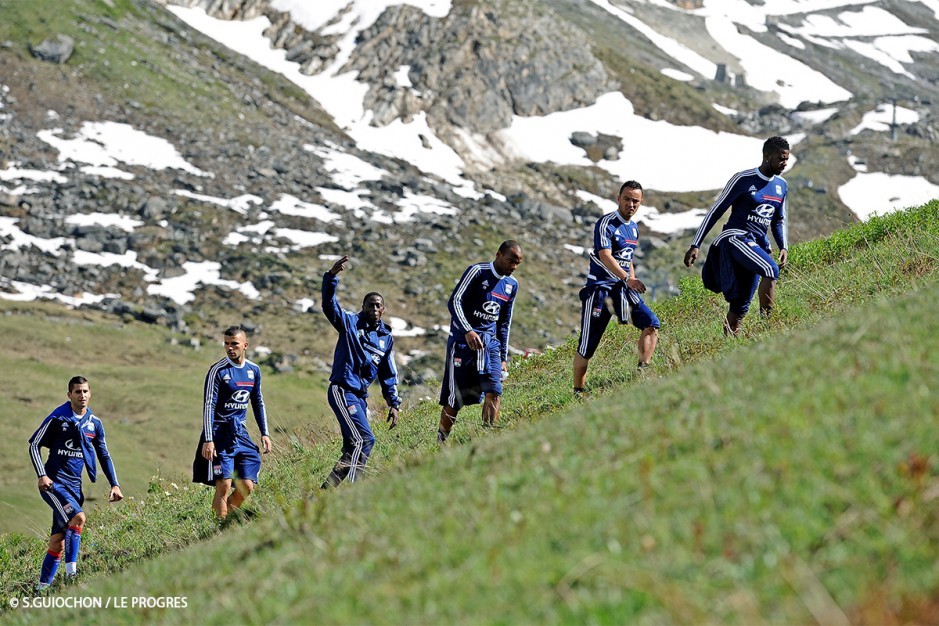 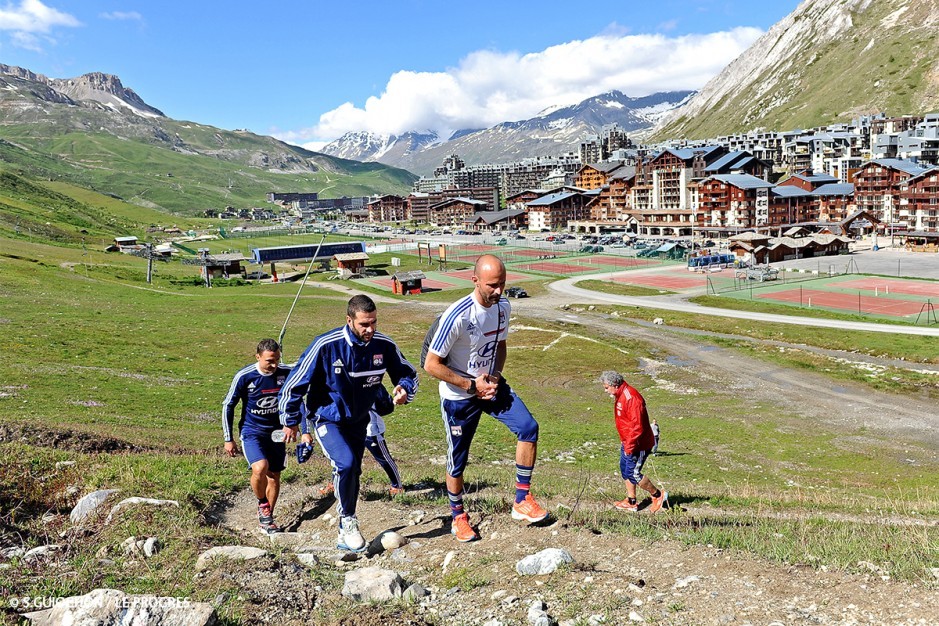 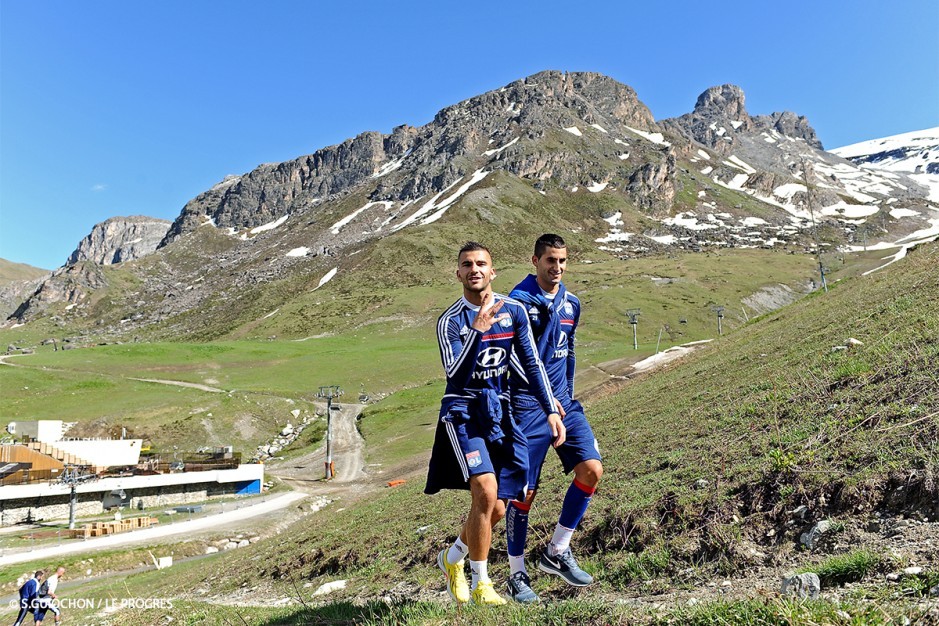 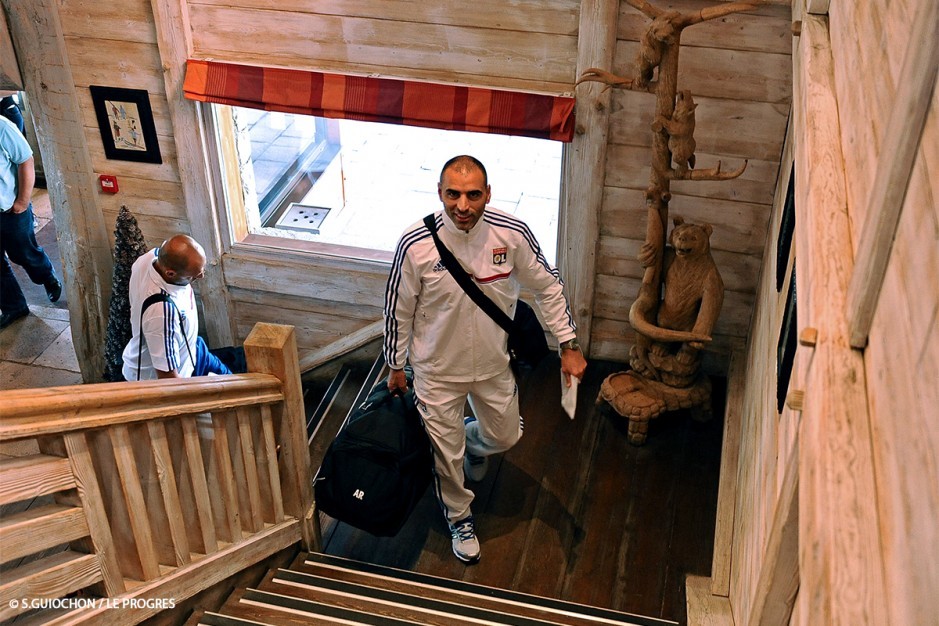 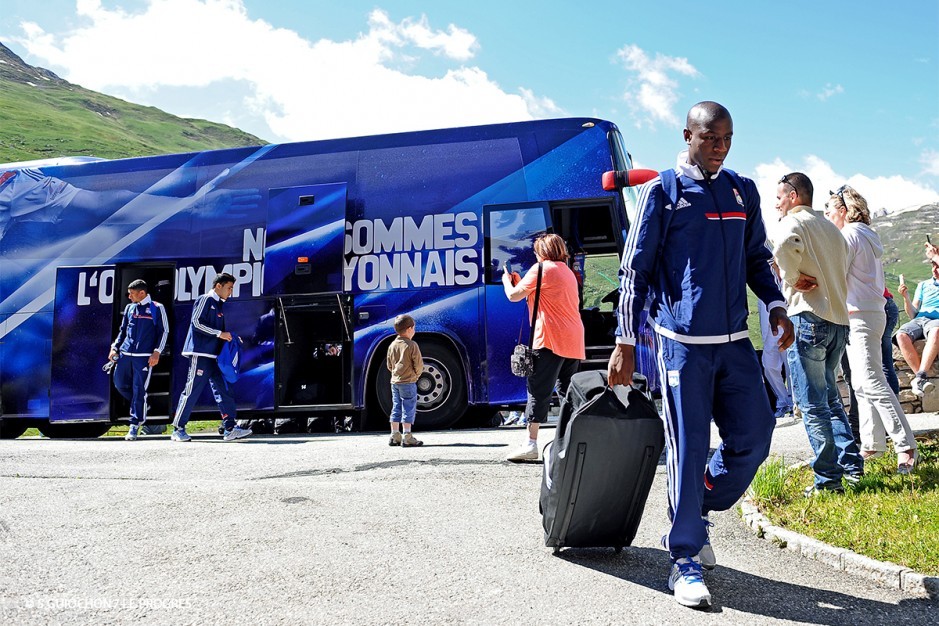 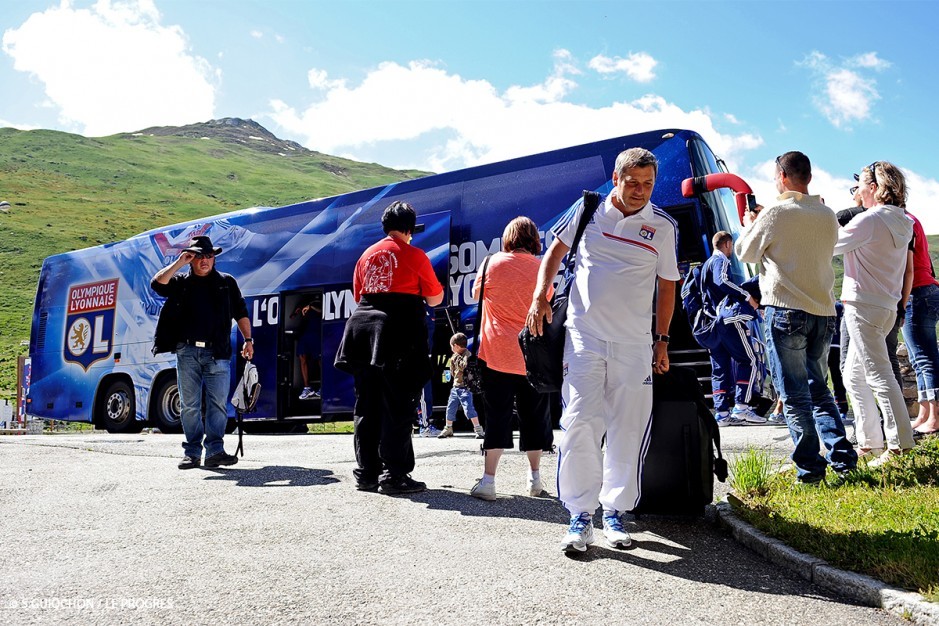 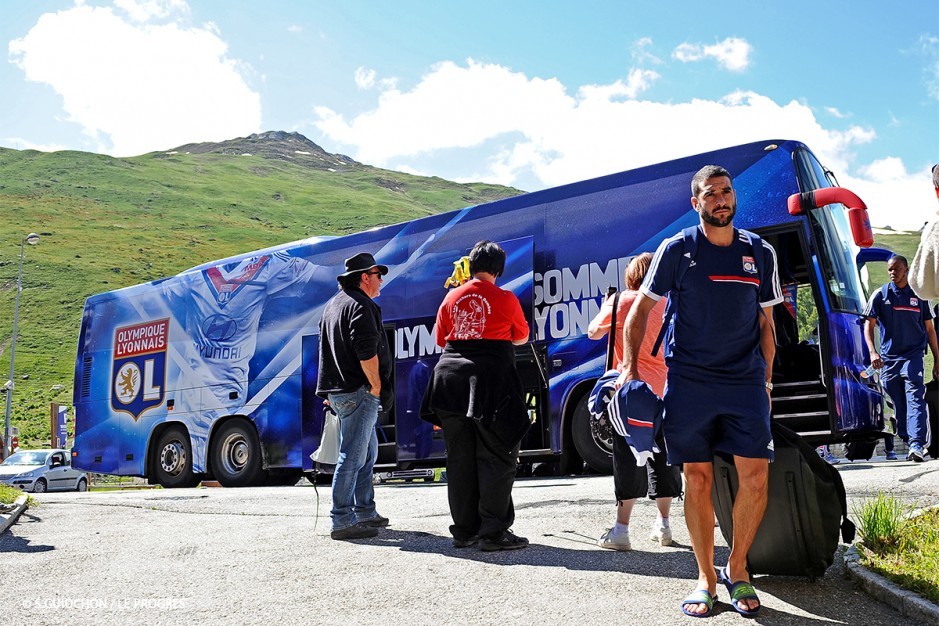 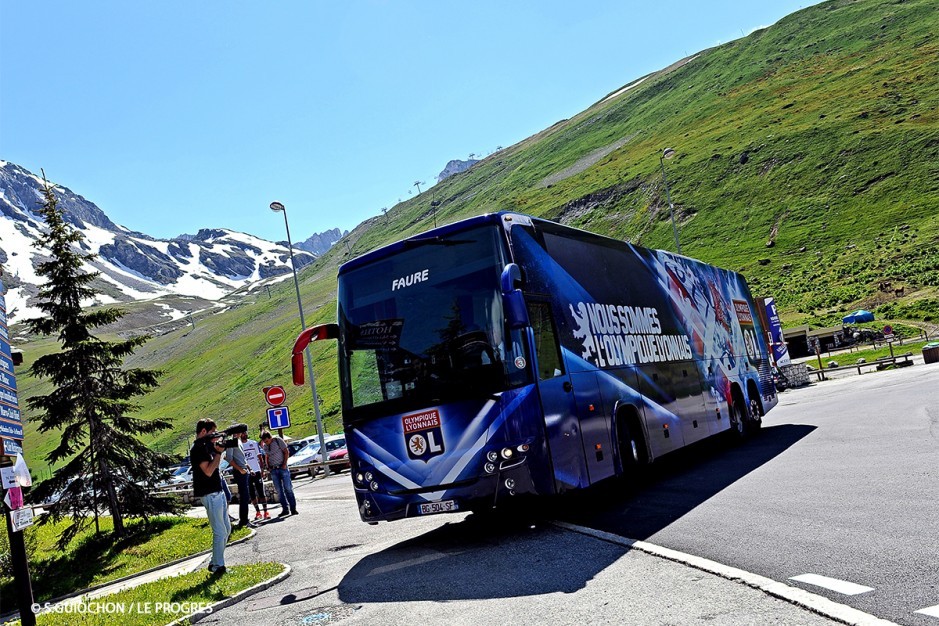 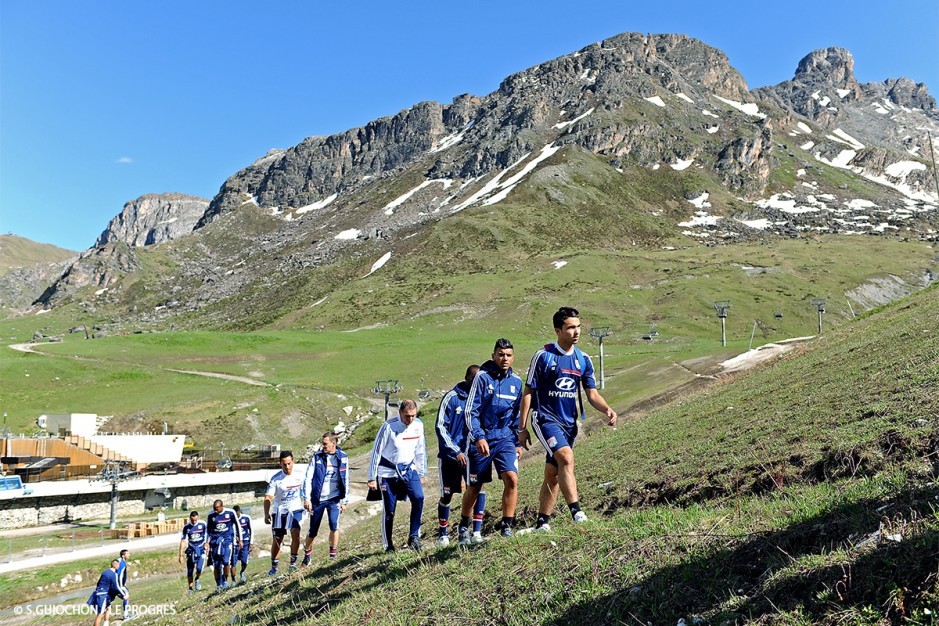 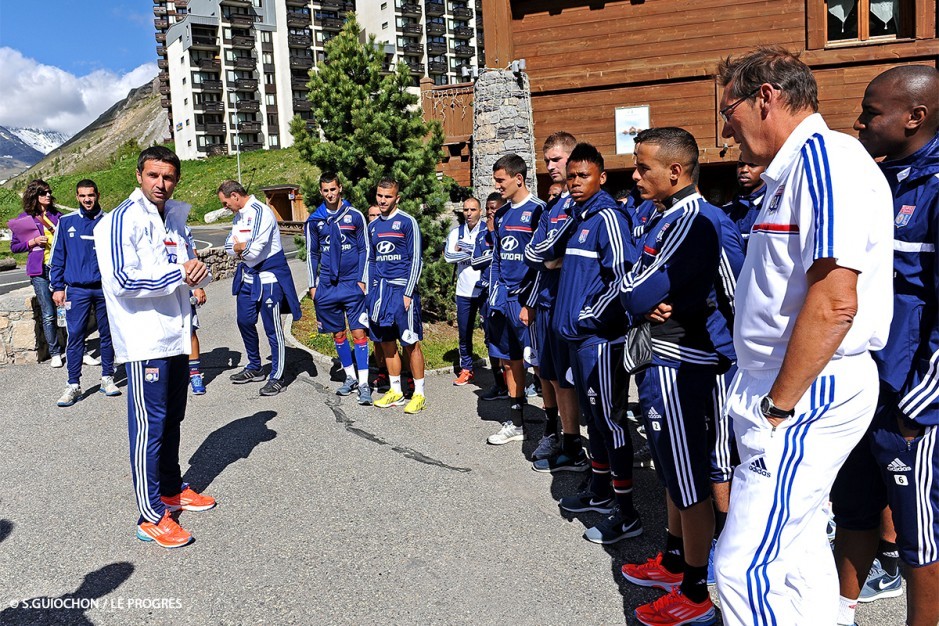 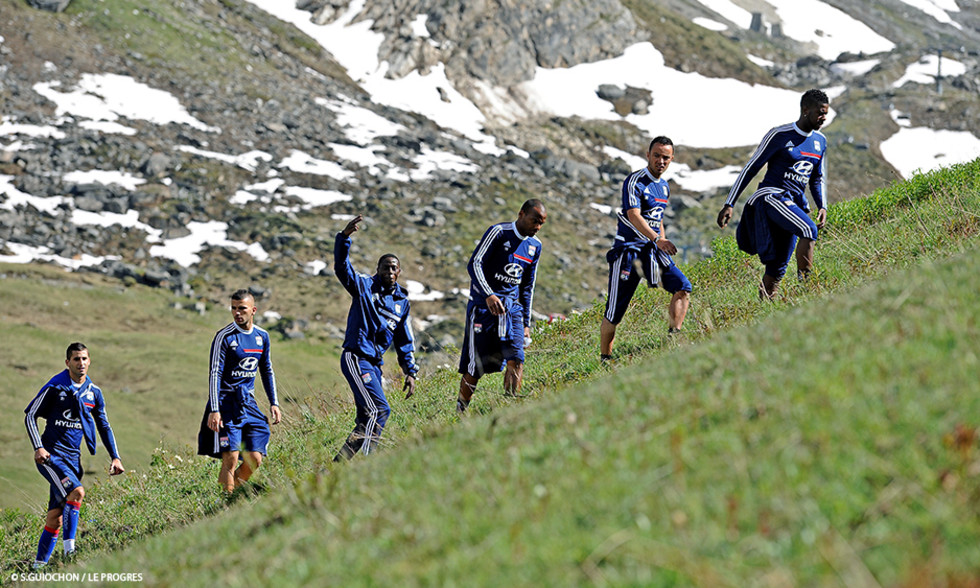 Olympique Lyonnais arrived in Tignes on Sunday for their traditional preseason training camp... The three hour trip was followed by an hour settling in and lunch before a two-hour walk at more than 2,100m altitude...

13:02: the Olympique Lyonnais coach, featuring its new paint job leaves the club's Tola Vologe training complex. On board are the club's players and coaching staff who are heading to Tignes for the first camp of preseason training. While the temperatures slowly decreased as the coach headed up into the mountains, the sun accompanied Les Gones to whole way... it bodes well for the intense five-days that await... Three hours later, from the motorway to the frightening hairpin turns, the OL players arrive... the mountains and chalets have replaced the concrete of the city. At more than 2,100 metres altitude, the players can enjoy the fresh air of the mountains and soak up the breathtaking views.

The training schedule? A bit of biathlon, triathlon, cycling, running and mountain biking... as well as training, every day, at 17:00.

Apart from 2011, this is the 15th consecutive year that Lyon have visited the Savoyarde ski station, that is a regular fixture on the club's preseason calendar. The Tignes training camp means catching up with Phlippe, one of the instructors, who knows every path and crevice on the mountains. There was just the time to say hello, grab a bite to eat, kindly prepared by the club's hosts, before it was time for a two-hour walk up towards the summit of the Col du Palet... just a little snapshot of what's in store during this demanding and intensive five-days. The training schedule? A bit of biathlon, triathlon, cycling, running and mountain biking... as well as training, every day, at 17:00.

After the walk, the players returned to their chalets for dinner and a good night's sleep... before an early morning wake-up call! At 7am, Les Lyonnais begin their day with a special workout devised by fitness coach Robert Duverne. A taste of the day ahead: a physical workout, training, and then an expedition up the glacier to a mountain cabin where the players will spend the night a little closer to the stars...