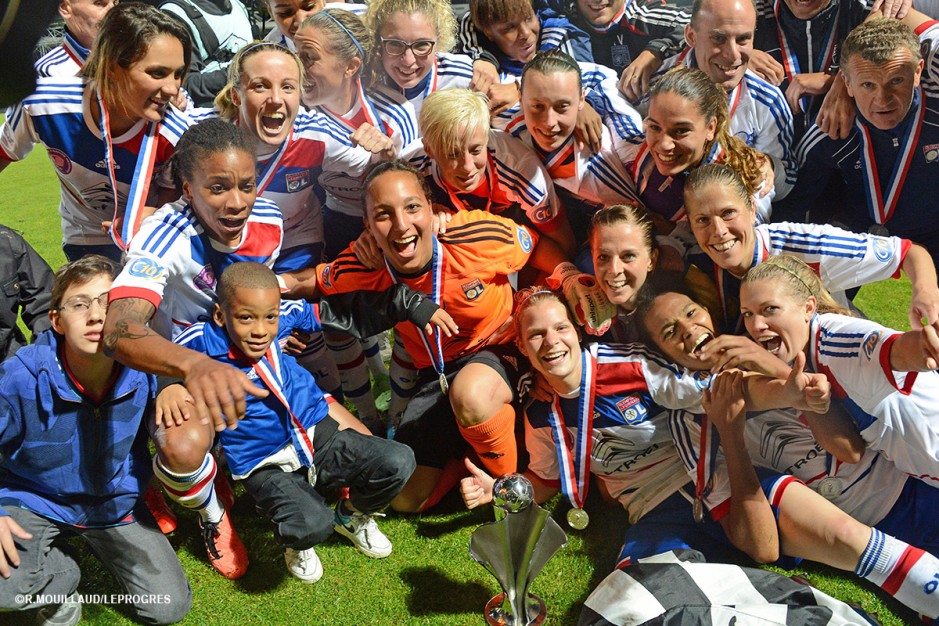 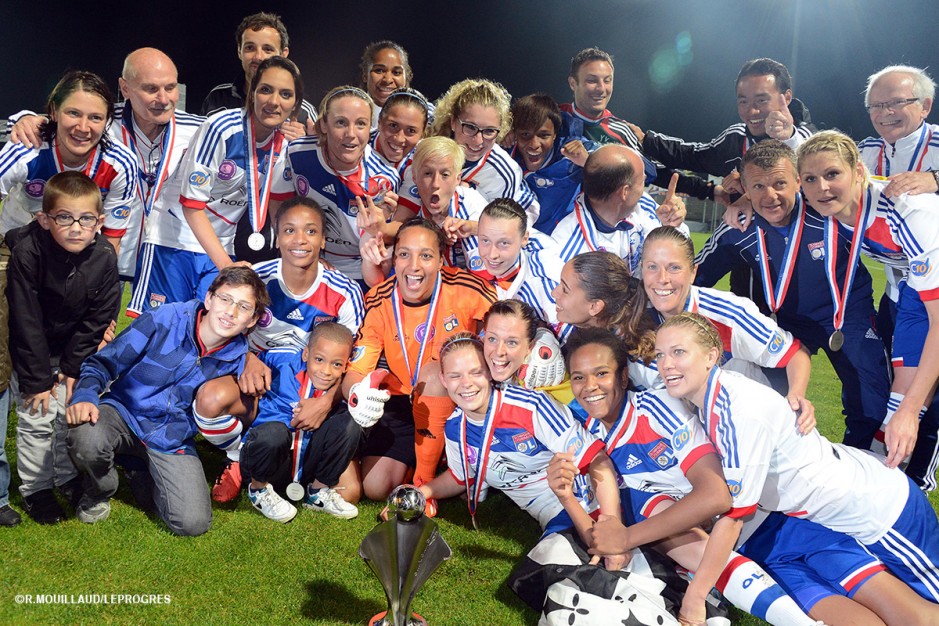 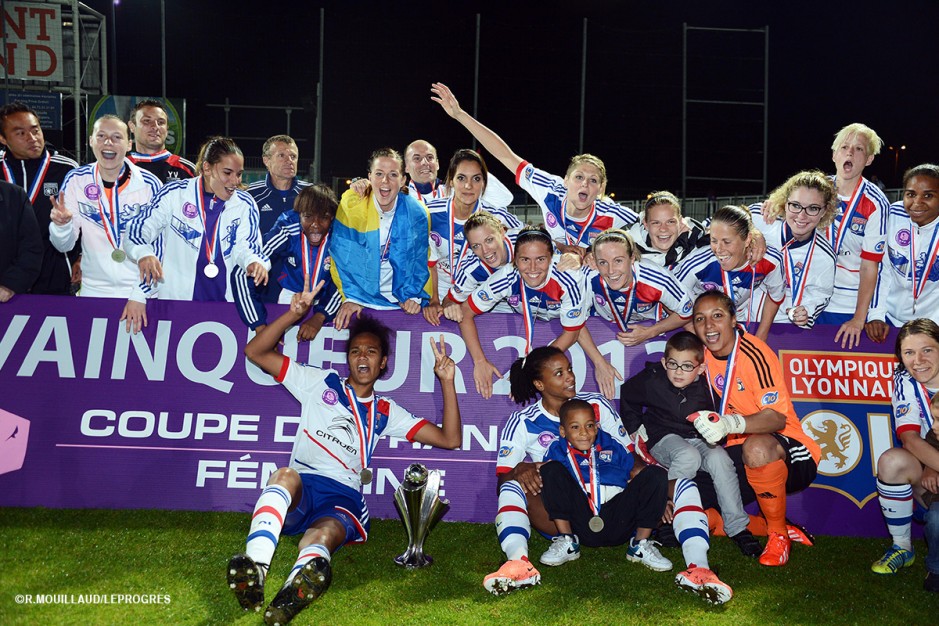 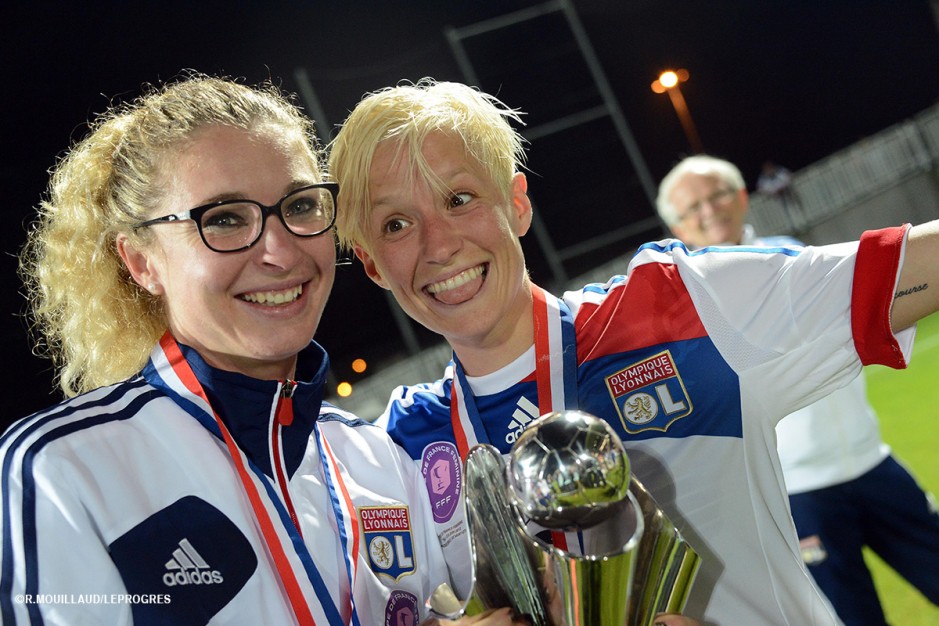 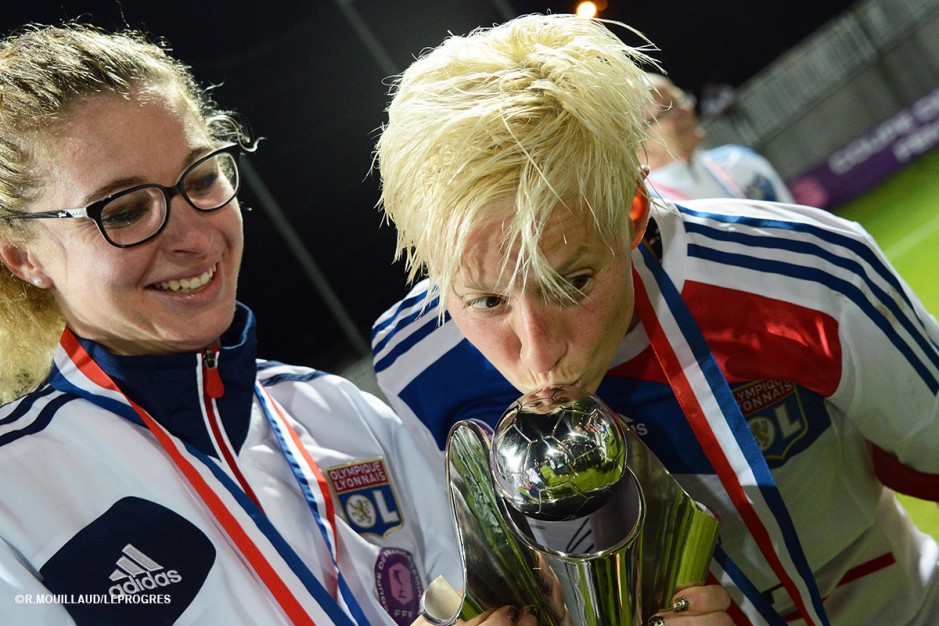 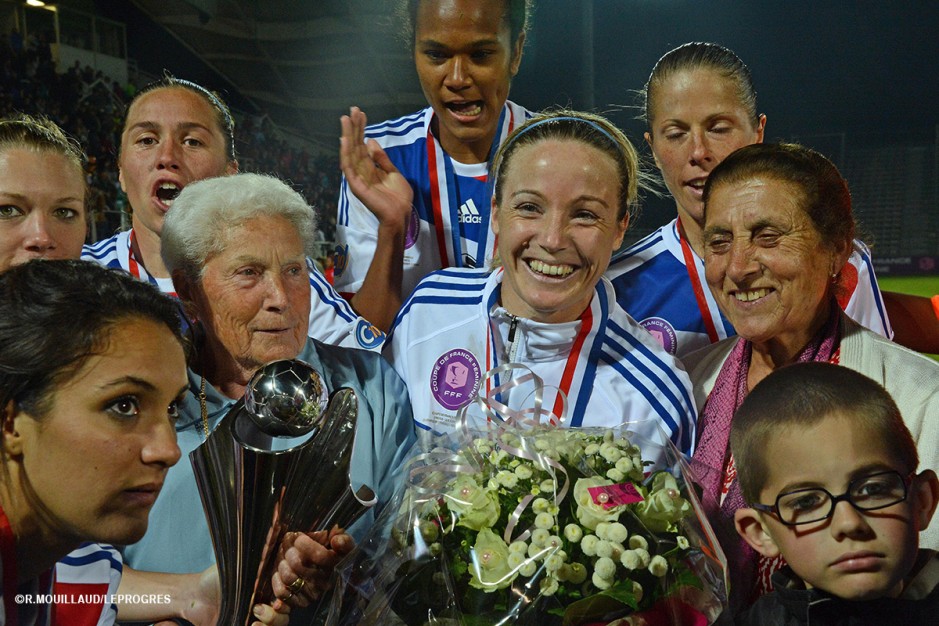 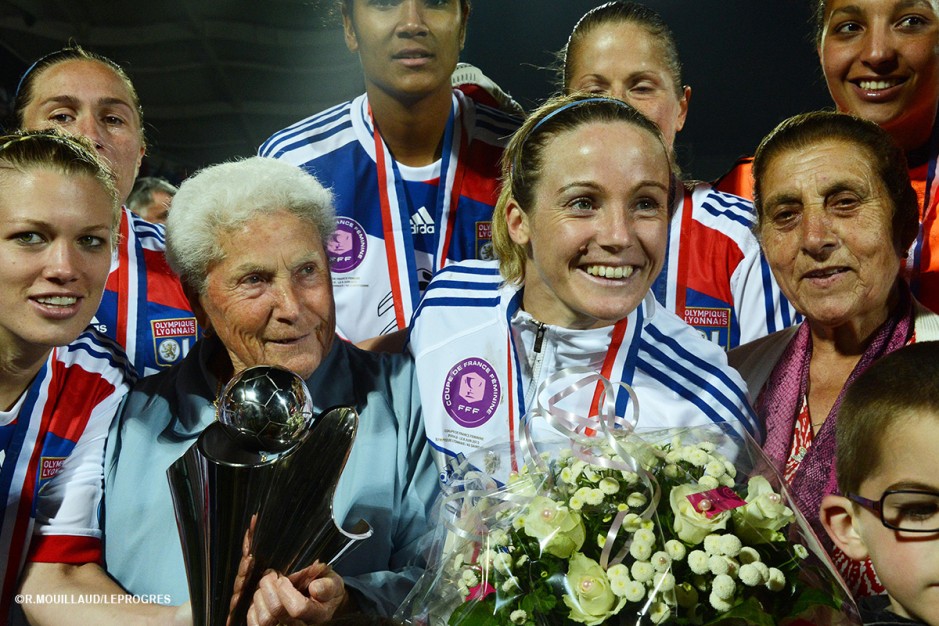 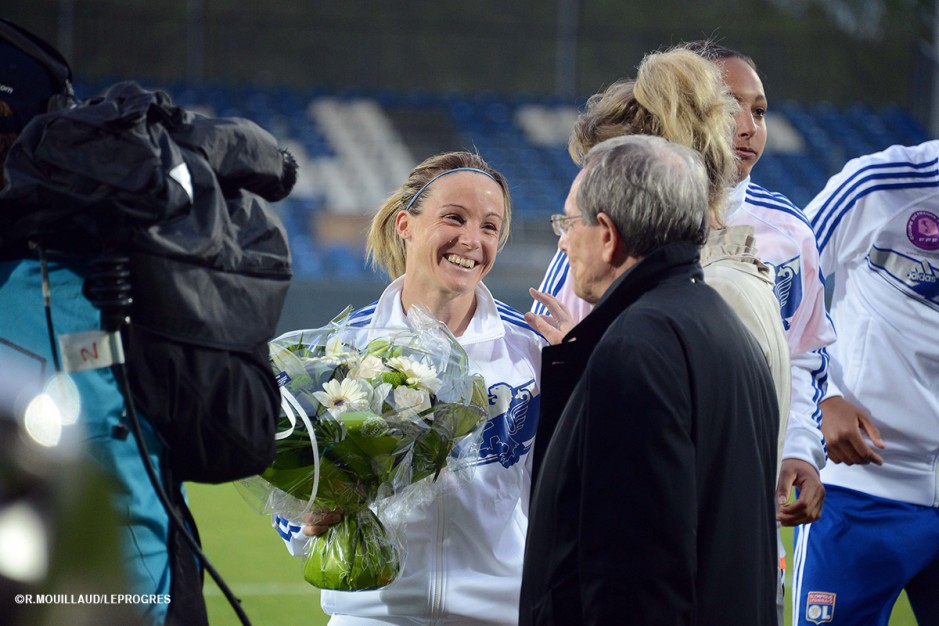 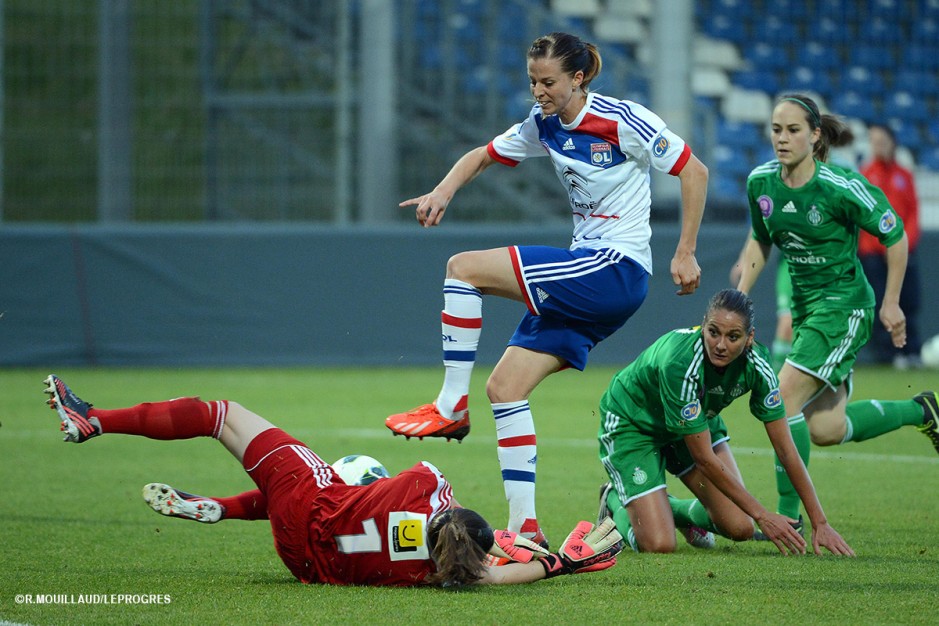 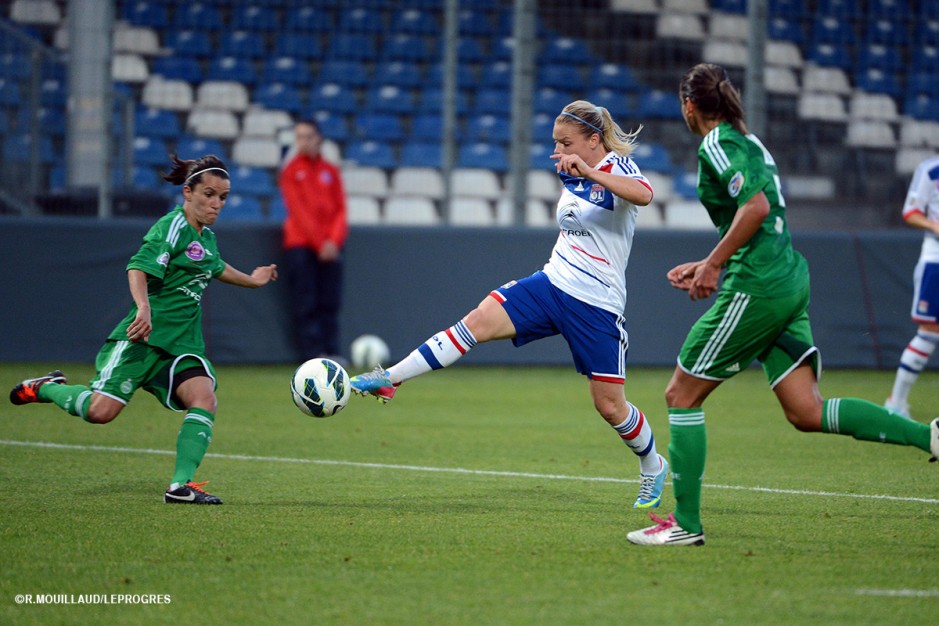 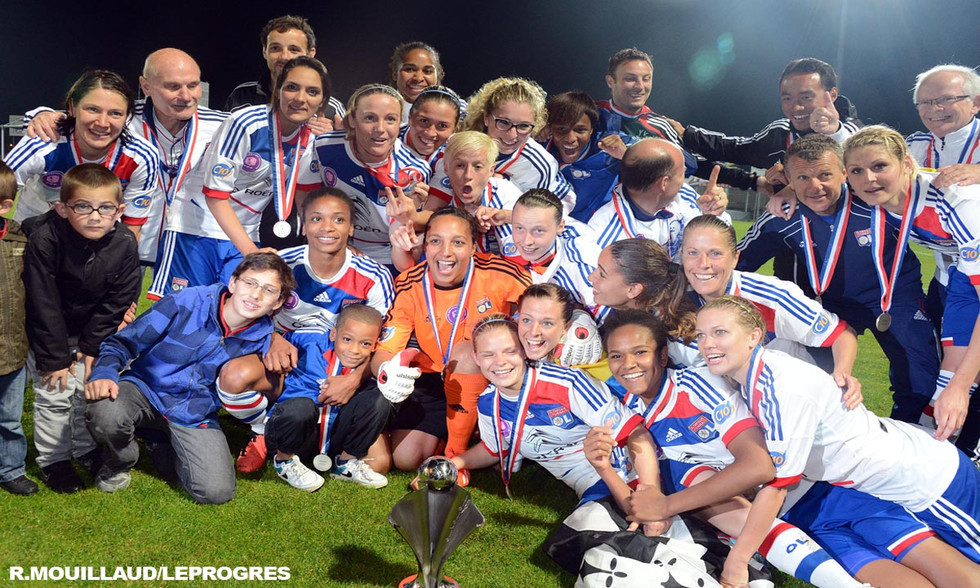 The OL Women's team completed the double on Saturday evening when they added the Coupe de France to their league crown with a 3-1 win over Saint-Etienne in the final... the perfect send off for retiring captain Sonia Bompastor...


OL ran out deserved 3-1 winners in the final of the Coupe de France against a valiant, but ultimately outclassed Saint-Etienne. Les Lyonnaises add yet another piece of silverware to the club's trophy cabinet with another double that cofirms their unrivalled supremacy in France.

93': The post! From another Thomis charge down the wing, she manages to cross for Le Sommer who hits the woodwork!

85': OL are controlling proceedings with their two goal advantage.

81': Les Lyonnaises make a guard of honour as their emblematic captain is substituted off in her final match. Chants of "Merci Sonia" rain down from the stands...

75': Bompastor's left foot strikes again! From a free-kick wide on the right, Captain Soso picks out the head of Le Sommer at the back post and she helps herself to another goal. 3-1 for OL.

63': ASSE are back in the game! Put through on goal by Lavaud, Chaumette beat Bouhaddi in the race for the ball to push the ball home. Les Vertes now trail 2-1.

58': Renard doubles OL's lead! After providing the assist for the opening goal, Renard gets her own name on the scoresheet, rising highest to head home Necib's free-kick. 2-0 for OL.

Half-time: Les Vertes resisted for a long time, before finally cracking in the final seconds before the half-time break. OL, thanks to the goal from Schelin, translated their domination onto the scoreboard but will need to be wary of a potential comeback in the second period...

44': Released in behind the defence by Renard's header, Schelin, surprises the 'keeper with a superbly taken finish... 1-0 for OL!

28': Méline Gérard, 23 years of age, is showcasing all her talent this evening with another top drawer save to keep out Abily from the edge of the area.

21': Another double chance! With a sublime piece of skill, Abily beats her marker but Gérard again makes the save... The follow up effort is somehow cleared off the line by the ASSE defence... Lyon are right on top but ASSE are staying organised and disciplined...

14': Lyon go so close to opening the scoring... Schelin was too quick for the ASSE defence but her shot was saved by Gérard... the rebound fell to Le Sommer, in the penalty box, but she couldn't add the finishing touch...

10': Les Lyonnaises have control of the ball and possession but are unable to create any real danger for the Saint-Etienne goal...

Pre-match: This year's final of the Coupe de France is also a passionate derby match against near neighbours and old foes Saint-Etienne. In the league this year, the two sides met twice with OL running out comfortable winners on both occasions: 4-0 in the first meeting and then 5-0 back at the Stade Gerland. After their loss in the final of the Champions League, Les Lyonnaises will be looking to lift a third Coupe de France after their 2008 and 2012 conquests, and complete another league and Cup double to end the 2012-13 campaign. For their part, ASSE have nothing to lose and will be looking to their success in 2011 for inspiration. On the day of her 33rd birthday, Sonia Bompastor, talismanic captain of OL, will play the final match of an exceptional career before hanging up the boots.