OL in the final! 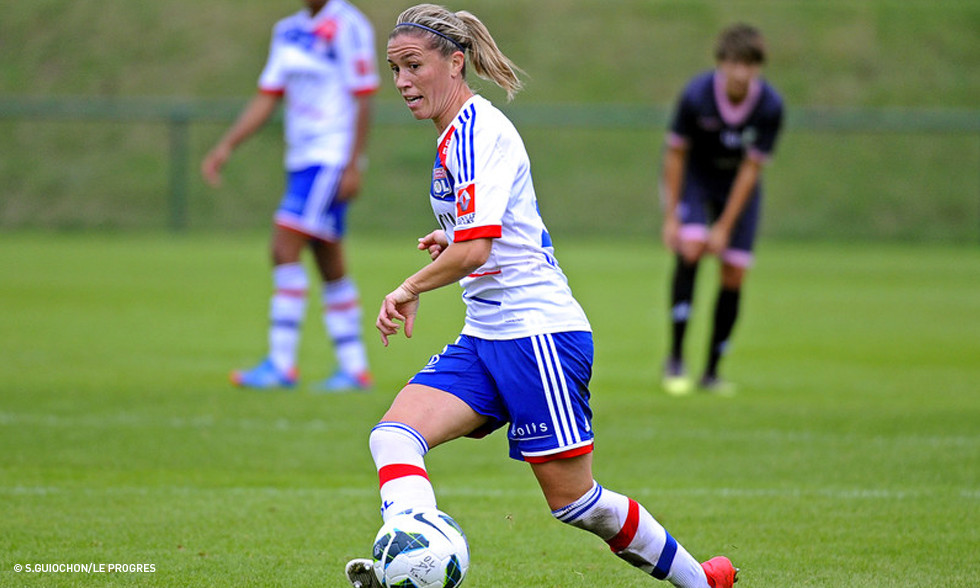 Olympique Lyonnais qualified for the final of the Coupe de France with a 4-0 semi-final victory away to Montpellier on Wednesday. Relive all the action below:

It's over!!! This time there's no question of the result! Olympique Lyonnais are through to the final of the Coupe de France after a deserved 4-0 semi-final victory over Montpellier. Two goals apiece to Abily and Schelin have sent Les Lyonnaises into the final where they will take on AS Saint-Etienne this Saturday at 20:45 CET in Clermont.

80': Amandine Henry is injured and OL will finish the game with ten players after making their three substitutions already.

55': 0-4!!! Lotta Schelin gets her second of the afternoon and OL's fourth!!! The Sweden star was on hand to finish after the MHSC 'keeper couldn't hold the intial shot from Thomis!!!

46': The second half gets underway at the Stade Marius Vitou de Pérols. Patrice Lair makes his first change with the introduction of Elodie Thomis in palce of Lara Dickenmann.

Half-time: Les Lyonnaises have already made the game safe thanks to a perfect start. Montpellier never got a look in and OL have dominated every facet of the game.

40': 0-3!!! Released by Eugénie Le Sommer in behind the defence, Lotta Schelin piles more misery onto Montpellier with a third goal just before the half-time break!!!

31': Patrice Lair's players are right on top now. Wendie Renard goes close to adding a third goal, but Philippe turns the header away.

25': 0-2!!! Camille Abily doubles the advantage!!! After the Montpellier defence intially cleared the corner, Eugénie Le Sommer shot at goal and Abily gets the decisive touch to divert the ball home!!!

18': 0-1!!! Olympique Lyonnais have opened the scoring!!! After a great run from Lotta Schelin, Camille Abily finishes from close range!!!

1': Kick off in this semi-final that promises to be an intense battle with so much riding on this match for both clubs...

The season isn't quite over for the Olympique Lyonnais Women who can still win the Coupe de France. But first of all, Patrice Lair's defending champions have to get passed Montpellier... for the second time. On 12 May, OL qualified for the final of the Coupe de France after a penalty shootout against Montpellier that featured a blatant refereeing error. Montpellier's Utsugi had her penalty unjustly ruled out by the referee and MHSC appealed against the final result before OL president Jean-Michel Aulas proposed to replay the match. Aft er an initial refusal, the FFF agreed to replay the match.

In order to move on, Sonia Bompastor and Co. will be hoping to qualify without any controversy and win their place in the final against AS Saint-Etienne, this Saturday in Clermont. Victory in the Coupe de France would see OL do the league and Cup double and finish the season on a high note after the disappointment of losing the Champions League final.