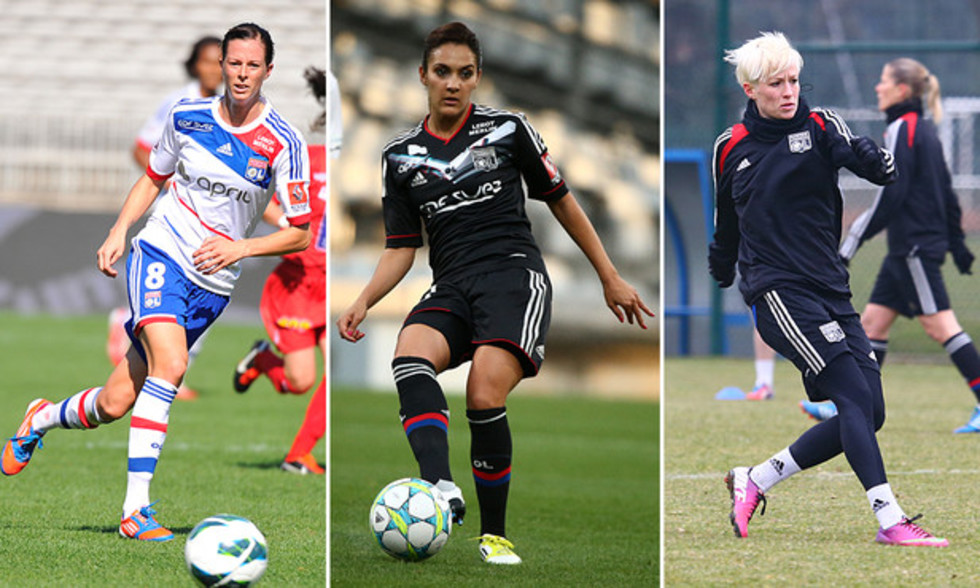 Lotta Schelin scored for Sweden, while France defeated Finland 3-0 in an weekend of international friendlies for the Women's game...

Several Olympique Lyonnais players are currently preparing for Euro 2013 with their respective nations. Host nation of the tournament to take place in July, Sweden defeated their Scandinavian neighbours Norway 2-1 in Linköping on Saturday with a goal and an assist from Lotta Schelin.

A little later in the day, France defeated Finland 3-0 thanks to a double from Delie and a goal from Thiney. Eight OL players were in the starting line-up at the Stade du Hainaut in Valenciennes: Bouhaddi, Franco, Georges, Renard, Henry, Abily, Bussaglia, Le Sommer. Necib and Thomis were both introduced off the bench.

On Sunday, USA international Megan Rapinoe will take on Canada. The internationals then return to Lyon to prepare for Wednesday's Coupe de France semi-final replay against Montpellier.