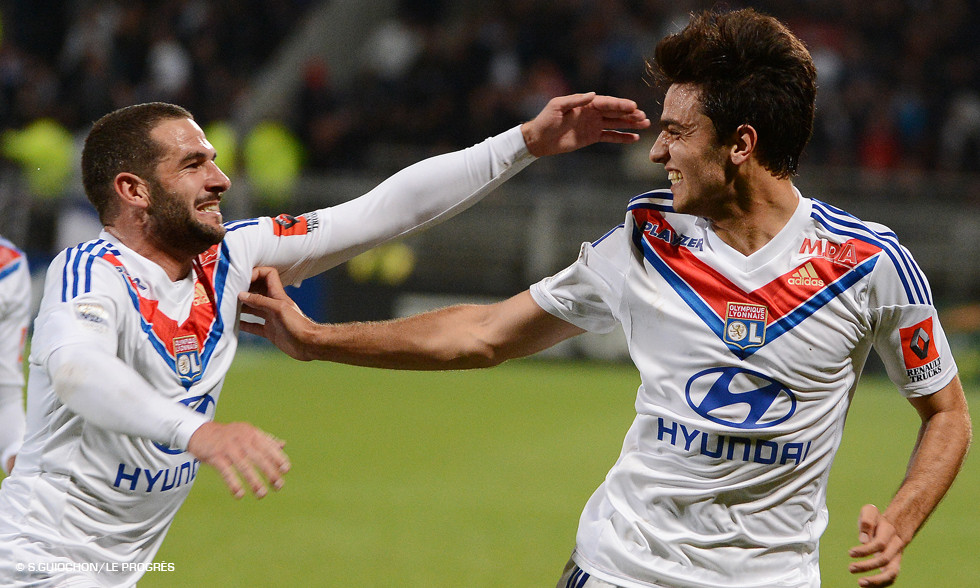 OL did the job against Rennes, running out comfortable 2-0 winners to cement third place on the Ligue 1 ladder and qualify for next year's Champions League...

Sunday's match was the last of the entire season. A victory for OL would cement a third place finish and qualification for the third preliminary round of the Champions League. Anything less than a win and all eyes would turn towards the Grand Stade and the result between Lille and Saint-Etienn, both of whom were coveting that third place. Rémi Garde was without the suspended Gonalons and the injured Umtiti who he replaced with Fofana as defensive midfielder. Gomis started up front and Lacazette was preferred to Benzia. Réveillère was given the captain's armband as he played his 400th match for OL, against his first ever club...

Les Lyonnais struggled early against a Rennes side that looked comfortable in possession. OL looked nervous. The first chance came the way of the away side with Pajot but Lopes made the save. Lyon responded immediately. In the 17th minute, Grenier's free-kick near the corner flag found the head of Fofana, but it flew high. Then, five minutes later, Lisandro was fighting with Apam in the area before the Nigerian used a hand. The referee pointed to the spot and Lisandro transformed the spot kick to give OL a 1-0 lead (22').

Gourcuff went close to doubling the advantage when he was picked out by Lisandro, only to see his shot turned around by Costil. The goal had given Lyon control of the match, but just before half time, Erding got in behind the defence but couldn't control his volley (39'). In the very next minute, Gourcuff then released Lisandro but his shot was saved by Costil. After a difficult opening, OL had taken complete control of proceedings, but chances were still few and far between and Lyon still had a fight on their hands in the second 45 minutes to ensure their place in next season's Champions League...

Rennes carved out the first chance of the second half as Pitroipa set up Mavinga, only for a flying Lopes to turn it around the post. Lyon struggled to get back in the match and in the 67th minute an Erding header from a corner flirted with the top corner. Gerland was anxious. In the 69th minute those concerns were put to rest as Clement Grenier - from an identical position to last week - let fly with another Exocet missile of a free-kick that crashed down, not once, but twice (!) off the crossbar and into the net!

A teary Lisandro was then replaced to a huge ovation, as Lyon controlled the rest of the match. There was still time for another 35-metre free-kick from Grenier to cause Costil problems before Réveillère received his own ovation at being subbed off.

The final whistle confirmed Lyon's third place on the ladder and the club's return to the top table of European football and next season's Champions League. Mission accomplished.