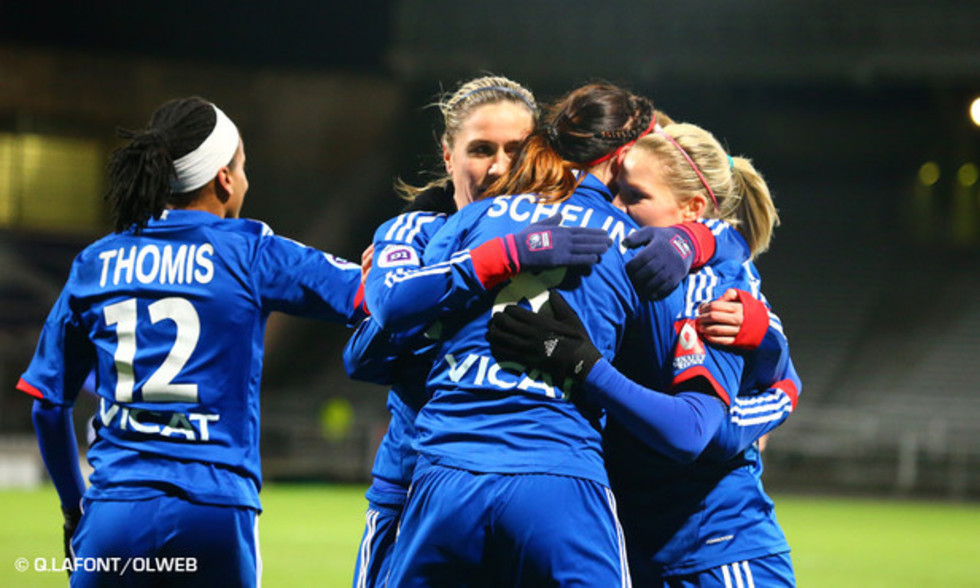 OL's Swedish striker Lotta Schelin was voted Female Player of the Year by her peers at the UNFP Awards ceremony on Sunday.

In stunning form since the start of the season and top scorer in the Women's first division with 23 goals in 15 matches so far, Lotta Schelin was voted Female Player of the Year on Sunday. The Sweden international was typically modest when receiving her award: "I really wasn't expecting this, I'm really delighted and I'd like to thanks all my teammates, without whom, this wouldn't have been possible," she declared from Dinard, where OL are preparing for the Champions Final.

Lotta Schelin was voted Female Player of the Year for the first time since joining OL in 2008. This was also the first time the first division players voted. The captain of the Sweden national team has scored 136 goals in 134 matches, in all competitions. At 29, Lotta Schelin is at the peak of her carrer and has just signed a new three=year contract, tying her to the club until 2016.