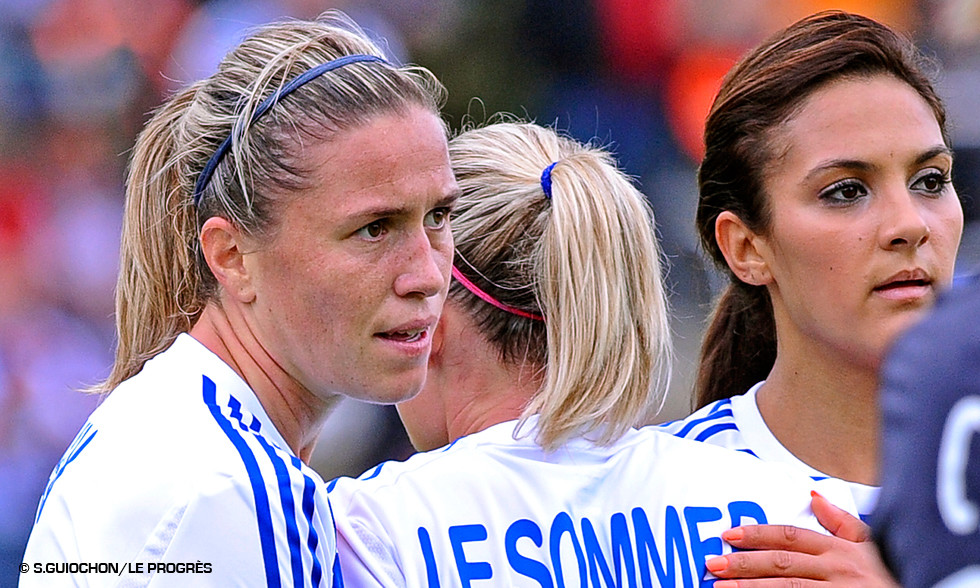 Les Lyonnaises qualified for the final of the Coupe de France at the end of a thrilling penalty shootout against Montpellier.

In an even first half, it was Les Lyonnaises who drew first blood courtesy of Lotta Schelin, who got in behind the defence. Her shot was deflected by Laëtitia Philippe but still ended up in the back of the net (0-1, 35'). The hardest part was done, but the home side refused to throw in the towel and managed to equalise before half time when Marie-Laure Delie got on the end of a De Revière cross and ensure it was all level at half-time (1-1, 41').

Both sides had chances to make the difference in the second half. Amandine Henry sent her penalty crashing against post for OL Women (63'), before Sarah Bouhaddi made two decisive saves to keep Montpellier at bay (73', 85'). There is not extra-time in the women's Coupe de France, so it was straight to penalties.

In a thrilling shootout, both sides missed chances before Montpellier thought they had won it before Utsugi's shot was ruled out by the referee. Les Lyonnaises finally prevailed with a miss from Gadea with her side's eighth penalty. OL Women will now play Saint-Etienne in the final on 8 June at Clermont and remain on track for a second consecutive treble!